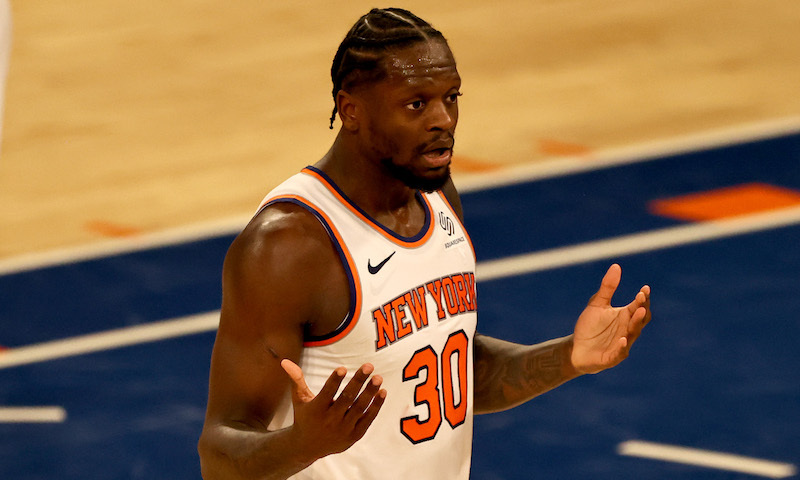 The Minnesota Timberwolves are 3.5-point home underdogs and the point total is 218 at online sports betting sites. Here’s a look at NBA odds and betting picks for today, Wednesday, March 31, 2021.

It’s tough to find a more surprising team in the NBA this season than the New York Knicks. As has been the case for much of the last decade (if not longer), most basketball fans expected the Knicks to be a dumpster fire. However, this year the Knicks decided to give Spike Lee something to root for.

When first looked at NBA odds today across online sportsbooks, I was a bit surprised to find out the Knicks are only 3.5-point favorites. Sure, his game is on the road, the Knicks have been a little cold lately, and they will be missing some players, but I honestly think this spread is off the mark. The Knicks have actually been a pretty good team at covering on the road this season, going 14-10 ATS thus far. As for the Timberwolves, they haven’t done so hot at home — 10-13 ATS to be exact. Additionally, the Wolves come into this game losing four of their last five with their lone win coming against the Rockets. That’s nothing to be proud of this season. I think that both the spread and the total seem a little off. Anytime I get a total for a Knicks game sitting around 220 I tend to like the Under. On the season, the Wolves have hit the under in 12 out of 23 games at home and the Knicks have hit the under on a ridiculous 16 of 24 games while on the road.

There aren’t a lot of prop bets that stick out in this spot, but the one that really stood out, and our RG NBA DFS projections agree, is the under on Edwards’ points. Most sites have him projected for 21.5 points, but the RG projections have him projected for 18.25. Edwards has been taking a lot of shots recently and has actually gotten there over the last few games, but he has had matchups against Houston (2x), Dallas, and Brooklyn. A matchup vs. the Knicks is possibly the worst matchup on the board for scoring as they rank dead last in pace and have been one of the best defensive teams in the league. While Edwards will put up a whole lot of shot attempts, his true shooting percentage is one of the worst in the league and I expect him to have trouble going up against tonight’s defense.

To me, from the Wolves side of things this game has very little value from a DFS perspective. The Wolves draw one of the worst matchups on the board vs the Knicks and all their players seem to be priced efficiently. Edwards and Towns are always a threat to go off for a big game at any given time, but I doubt this is the spot, plus the slate is a little big for them to be a “slate breaker”. On the Knicks side, they do get a massive pace boost and the Wolves are not a great defensive team. It wouldn’t surprise me to see Randle go for a big game. IF Rose ends up missing, Quickley is in a good spot and can have a productive role, especially if he gets the start.

NBA Odds Boost of the Day

This is a bit of a YOLO bet today, but it is a spot where I like the odds on two out of three of the games in this parlay. DraftKings Sportsbook has the Knicks, Heat, and Lakers to all win boosted from +1064 to +1270. I really like the Knicks and the Heat, but doubt the Lakers have too much of a chance, but you can always hedge out by the time that game starts for a profit thanks to the odds boost.