First off, I’m going to give the Morning Grind podcast a shoutout (you can find it on iTunes, Stitcher or on the podcast page), as Stevie did an incredible job breaking down all 11 games with all the injury news (I definitely owe you one for doing that solo). If you want an in-depth breakdown on how the injuries will factor into the slate, that’s the best place to start.

That being said, I’m going to write up five guys who are in for a usage or role change. None of these guys are safe (if they were safe and reliable, they’d be starters), but with lots of stars on the slate, these value plays could help you fit in two or more studs.

The fade of Burks on the back end of playing three games in four nights didn’t work, but now after a few days to rest up, he’s in a great spot if Hood and Neto sit out again. Snyder has shown a willingness to play Burks more than 22-25 minutes, and he played over 30 in the last game of the back to back. Burks took 17 shots in both of those games and now gets a pace-up spot against the Wizards. The Jazz have also been way faster without Gobert on the court, so it’s really tough to not lock in Burks at this cheap tag.

After weeks of complaining, Frank Vogel finally listened to DFS players’ cries for help to shorten his rotation. Part of it was the injury to Ross, but I’m sure some of it was actually wanting to win some games. The result of the tighter rotation has been massive minutes for Simmons (38 and 39 respectively), and more importantly a usage bump, as he’s taken 32 shots in the last two games. The matchup against Charlotte isn’t the fastest, but this is a player who will be in the $6K range soon enough. He’s playing a ton of minutes and can help us fit in a stud play.

Keep an eye out on the status of Kyle Anderson and Rudy Gay. If one of them is out, Bertans offers us some solid value at $3K (UPDATE: Kyle Anderson has been ruled OUT; Rudy Gay is probable). Don’t expect the 12 shots he took on Sunday, as Aldridge will be back today after resting Sunday, but he still does a lot of things on the floor. For $3K, if you can project him for 20-28 minutes, he’s a very solid value option.

Rudy Gay at $4,800 is also a good play if you believe he can play 30+ minutes. He hasn’t done it this year, but just like Carter-Williams and Burks last week, they haven’t been in situations where they have had to play those minutes until injuries piled up. One of those two will crush value; it all depends on what Pop does, so get your magic 8-ball out now.

With Jokic out again Monday, Plumlee is looking at a 28-minute floor with a 35-minute ceiling as a point per minute player. You’d take that for $6-7K, but for $4.3K, you really can’t fade this spot. Dallas is one of the worst teams at defending big men and Plumlee should be able to stretch out Dirk or Mejri to the three-point line, making a tough matchup even harder for the Mavs. Don’t get cute here; just play Plumlee against Dallas and enjoy all the fantasy points. 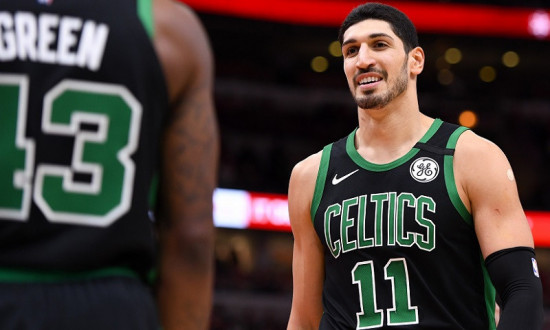 Paying $6K for Kanter looks weird at first glance, but with no Porzingis or Hardaway on the court, Kanter averages 32 minutes while averaging (according to RG’s CourtIQ) 1.2 DK points per minute. That gets you an average of 40 a game, and he also draws an amazing pace-up spot against the Pacers, who don’t defend centers well. I wouldn’t be surprised if Kanter was a 50 fantasy point play today, and he makes for a great play on DRAFT as a late round value center; on DraftKings he makes for a great contrarian play for lineups that have a bit more balance than the chalk stars-scrubs build.

As always, leave questions and comments in the comment box below. Good luck!