We have a nice eight-game slate today with a bunch of pace-up games and interestingly-priced players. Let’s get straight into the analysis.

I’d be surprised, even with Warriors news, if Payton isn’t one of the highest owned plays on the slate. Payton is a 1.05 DK point per minute player in a neutral matchup, and tonight he is playing the rare pace-up game against the Pacers (the humor of Pacers playing with a ton of pace never gets old). Also, Frank Vogel finally has decided to split up the bench minutes a bit, meaning Elf is no longer playing all his minutes with all four starters on the floor; typically he gets extra time with Vuc with Gordon off the floor, and in those minutes Elfrid sees a 4.7% usage bump. 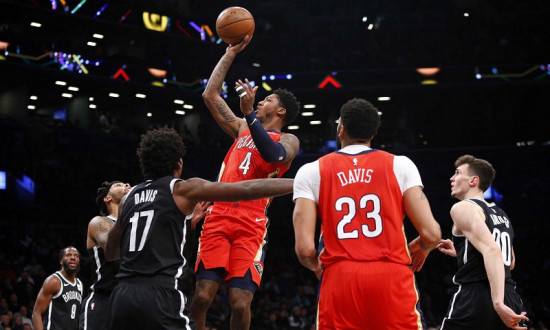 The downside to Payton is he duds in a big way from time to time, but he can also break a slate if he goes off (think Julio Jones). If you are playing multiple teams today, it’s hard to not consider Payton for some, if not all of them.

I use Clarkson to draw attention to the LAL/LAC game, which I think is going to provide sneaky DFS upside on a slate in which most of the good plays are concentrated in a couple games. The Lakers haven’t played in five days, so they should come into this one rested (you could argue rusty, if you wanted to fade), but in this battle against the Clippers, I think both teams come out firing. That means the Lakers will have to score some points to compete, and as much as I respect Lou Williams on offense, I don’t respect his defense, which means Clarkson could be in for a 20-22 real point night. That’s a really good start to smashing at this $4.8K price tag.

Note that I wouldn’t play Clarkson alone; I’d play him as part of a game stack or with at least one or two other players from the game, because for him to hit his ceiling it is going to be a pace-up game, which would allow others to mash value as well.

The Warriors aren’t the only team dealing with injury issues, as Allen Crabbe had to be held out of Sunday’s game with the Grizzlies for lower back tightness and Rondae Hollis-Jefferson had to leave the game after nine minutes with a sprained ankle (and both have been ruled out). This shortens the Brooklyn rotation and puts everyone in play, but a scorer like Harris is the guy I like the most in a game with the Rockets, who love to run up and down the floor. With Crabbe and Hollis-Jefferson off the floor, Harris has a 1.7% usage bump, so there is even more value in this tag. Harris is scoring dependent and if his shot isn’t going it will be a game in the teens DK point wise, but if the shot is going, 35-40 fantasy points is definitely possible.

Booker has always been a great point-per-minute player (1.05 DK points per minute), but the issue is that it’s been tough for him to consistently find 30 minutes with the Nets. With Crabbe and RHJ out (and Carroll Q with an illness), the road to 30 minutes is easy to see; with those guys off the floor, Booker averages 1.1 DK points per minute, and that’s before you even account for the pace-up nature of the game. Simply put, it will be tough to not play Booker tonight.

The value the Golden State news opens up might make this mute, but this is a sneaky Brook Lopez spot. Lopez will have to be guarded by DeAndre Jordan, who doesn’t like coming outside the paint and is typically late getting out to three-point shooters on pick and rolls. Lopez typically plays minutes when he’s shooting well (also when Randle is too small to play a ton of five), so if he gets hot this could turn into one of those Lopez blowup spots where he has 28 real life points. If Brook misses shots it’ll be ugly for sure, but for single digit ownership Brook could break the slate at a C spot that isn’t as loaded as it is on most other slates.

UPDATE: Right as I hit publish, it came out that Steph and KD are out (with Iguodala doubtful). This makes Omri Casspi one of the best values on the slate with no clear backup SF (I guess it’d be McCaw, but who knows?). Steph being out opens up more shots for Klay Thompson against a SAC defense that loves to give up points to wings. Nick Young is an interesting YOLO play, as he can get hot off the bench as well. Draymond Green, of course, should be able to have his way inside and should have more usage in this spot.

As always, comments or questions go below. Good luck everyone!