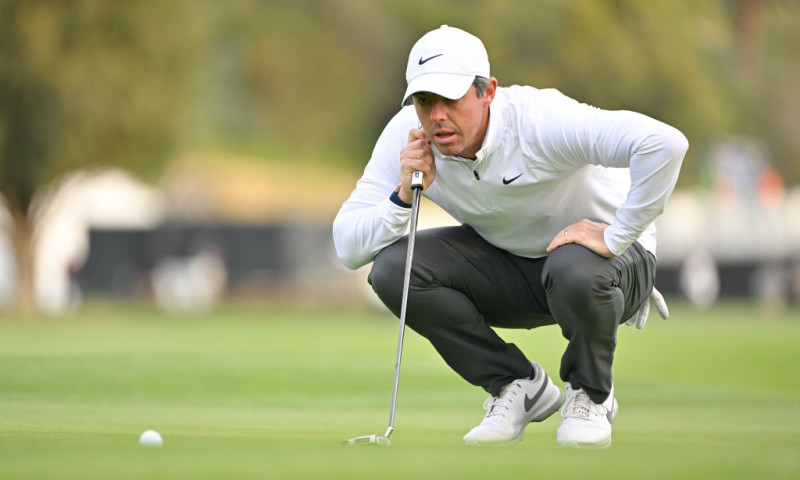 It’s hard to believe that six days from now, the next major won’t be for another nine months. We’ve been spoiled with some incredible storylines in the first three major championships this year — Hideki Matsuyama became the first male Japanese golfer to win a major at the Masters, Phil Mickelson became the oldest golfer to ever win a major at the PGA Championship, and Jon Rahm picked up his first career major at the U.S. Open. I have no doubt the Open Championship at Royal St. George’s will produce another deserving winner.

Bettors love to identify and use trends in every sport to try to predict outcomes. Personally, I have always viewed trends as more fun than predictable. Trends are made to be broken and are often arbitrary in the criteria that is selected. The crazier the trend, the less stock we should put into it. Here are three examples of made-up trends you should pay zero attention to — the last five winners had three vowels in their first name, the last 10 winners had a birthday in the first half of the year, or if the last three winners had a goldfish when they were children. My advice is that if you are going to use trends, make sure they are actionable.

With that out of the way, let’s have some fun. Since this article is based strictly on trends and since the Open Championship rotates courses every year, it doesn’t do us much good to get into course specifics. However, we have full course breakdowns in our articles and videos that you’ll have access to if you are a premium member at RotoGrinders. For our purposes, I went through and picked out the trends that I thought were most predictive in order to help us narrow down the 156-man field teeing it up this week.

1. The last 10 winners had a win and/or two top fives in their previous 10 starts

2. The last 10 winners had at least three Open starts prior to the year of winning

3. The last 10 winners were not repeat Open champions

4. Nine of the last 10 winners had a top 11 at the Open prior to the year of winning

After applying these five trends to the field, we narrow down the list to the following 11 golfers:

I mentioned that the criteria is arbitrary and that’s certainly true in this case. While technically nine of the last 10 winners have a top 10 at the Open, I decided to move it out one spot and make it the top 11 because Rahm and Thomas both have both finished T11 at the Open in the past. I didn’t think it was warranted to take them off the list because they finished T11 instead of T10. While those were my favorite trends, we obviously have to keep digging because giving you a list of 11 potential winners would be the most lukewarm take possible. Here’s the next one:

6. Eight of the last 10 winners have had a top 15 in their three previous starts

This takes out Stewart Cink and Phil Mickelson. Both have won on tour this season, have a top 11 at the Open, and are in the top 55 in the OWGR, but they haven’t been in the best of form recently. For the final trend, I had to chose between age (seven of the last 10 winners have been at least 32 years of age) and when golfers last teed it up. I decided to roll with the latter because we see younger golfers win more often each and every year. My final trend:

7. Eight of the last 10 winners teed it up the week before they won the Open

I honestly think playing the week before a major boils down to personal preference more than anything, but we had to narrow down our list. This takes out five serious contenders in Louis Oosthuizen, Marc Leishman, Jordan Spieth, Brooks Koepka, and Paul Casey. They all decided to rest up rather than playing in the Scottish Open or the John Deere Classic last week.

Ladies and gentlemen, this year’s Open Championship winner will clearly be one of the following golfers:

At the end of the day, these trends state the obvious — target talented golfers (top 55 in OWGR) that have had success at the Open Championship and have flashed some form recently. If you take one of the above trends away and add a different one, you get a completely different list. Hopefully this was a fun read and if one of these four win, I will take all of the credit. And if another golfer takes home the Claret Jug, remember that trends are more fun than predictive. If you would like to see my full betting card for the week (outright, top 10, and matchup bets), sign up for ScoresAndOdds today!