The popularity of daily fantasy soccer appears to be on the rise, and with that we’ll be expanding our coverage too.

However, instead of picking out the top targets at each position in this space, we’ll be taking a step back and looking at the bigger overall picture by breaking down each fixture. From there we should be able to see which players are in favorable positions to succeed.

Analysis will be based on DraftKings pricing.

Manchester United at Sunderland – 7:45 AM EST

Though this match isn’t on DraftKings’ main slate, it does hold fantasy relevance elsewhere, and there are a few situations for us to take advantage of. 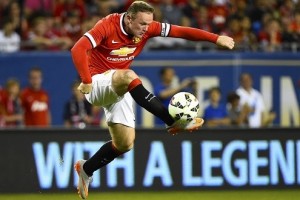 The Red Devils take a three-match unbeaten run into Saturday, and though they can’t have been too pleased with giving up a late goal to Diego Costa and Chelsea last weekend (in a 1-1 draw), they should be encouraged with how they performed. Wayne Rooney is back in form and leading the attack — he has five goals and three assists over his last six EPL appearances — and he should be licking his chops ahead of this showdown with a Sunderland outfit that’s given up more goals (49) than any other side in the league. Elsewhere, Jesse Lingard has solidified his spot in the starting XI for now and is still too cheap in relation to his role in the attack. Young full back Cameron Borthwick-Jackson has been excellent for the Red Devils since getting his chance; he loves to get forward and remains underpriced on DraftKings.

This is obviously not a great spot for the Black Cats, even on their own pitch. They’re +400 ML underdogs and may find it difficult to get much going against a surprisingly sound United defense. That being said, tricky winger Wahbi Khazri has made an instant impact since linking up with the club, and he’s still dirt cheap. Check out his first two game logs with his new team:

Khazri racked up seven crosses in just one half against Manchester City, and then followed that up with a stat-stuffing performance versus Liverpool. Assuming he’s back in the starting XI, Khazri is a terrific salary saver in the midfield.

Bournemouth have been a sneaky team to target this season. Unafraid to play attacking soccer, we’ve seen some legitimate DFS options emerge, namely in the back in the form of adventurous full backs Charlie Daniels and Adam Smith. Both are in play against the Potters. Matt Ritchie has shown some great things this season, though he hasn’t played the entire 90 minutes in four straight matches, which is always a concern. While Benik Afobe has been starting up front for Bournemouth, he’s extremely goal-dependent and his price has risen, making him a far less attractive selection. Junior Stanislas is worth a look though; he’s recently returned from a knee injury, so there’s some risk, but he had been a reliable, under-the-radar DFS commodity prior.

It’s been a disastrous period for Stoke City, as they’ve lost five straight matches across all competitions. It’s hard to put much trust in a team that’s been playing so poorly, but there are some intriguing options for this visit to Bournemouth, starting with Xherdan Shaqiri. He’s been less reliable of late, but we’ve seen what he’s capable of when on form, and he’s available at a very reasonable $5,000 on DraftKings. If Stoke is to get anything from this match, it’ll likely come with Shaqiri being heavily involved. Bojan, fresh off a contract extension, is also interesting at $4,100, while Erik Pieters, who totaled 13 crosses against Everton last week, is a top option in defense.

Watford have more than held their own in the top flight, at least thus far. They’re in a very respectable tenth place in the Premier League, though goals have been much more difficult to come by as of late. Odion Ighalo has cooled off, as has Troy Deeney, but that’s where we want to focus if we’re to target anyone from Watford in this tricky fixture.

It’s not going to be much easier away to Crystal Palace, who will be desperate to get back on track after a forgettable run of form. Injuries have become a big concern for the Eagles, with the likes of Yannick Bolasie, Jason Puncheon and Bakary Sakho all sidelined. That’s resulted in the chance for Emmanuel Adebayor to show his worth, but he’s done little to inspire confidence in the minds of DFS gamers. The ever-reliable Yohan Cabaye and talented attacking threat Wilfried Zaha are the two names to consider strongly, and Adebayor could be worth a punt if he gets the starting nod again.

Both Palace full backs (Pape Soure and Joel Ward) are also in play in this very winnable match for the hosts.

Everton have righted the ship lately, winning three matches in a row, all by a dominant 3-0 scoreline. After thumping Stoke City 3-0 at the Britannia, the Toffees will now turn their attention to this visit of West Brom.

If you know Baggies manager Tony Pulis, you should be prepared for the unpopular tactics he’ll be employing at Goodison Park on Saturday. As the huge underdogs, expect West Brom to sit back and do everything in their power to get at least one point. They’re going to try and make the match as ugly as possible to prevent Everton from enjoying their soccer.

What does that mean DFS-wise? The Toffees are going to dominate possession and will fashion plenty of chances; if they get an early goal, the floodgates should open and there will be plenty of fantasy goodness to go around. But, if West Brom can hold on, it could turn into a very frustrating day for Everton. 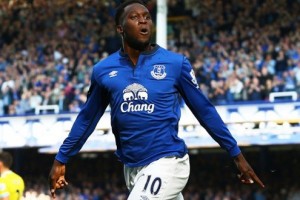 The first scenario is far more likely, meaning Romelu Lukaku and Ross Barkley, Roberto Martinez’s two most dangerous players in attack, are both excellent options. Gerard Delofeu, if in the lineup, is another outstanding way to get a piece of heavily favored Everton, while fill-in goalkeeper Joel Robles and the healthy-again duo of Leighton Baines and Seamus Coleman can be targeted freely too.

On the other side, it’s hard to get even remotely excited about the Baggies this weekend. If there’s one player to highlight, it’s James McClean, due to his ability to produce a high number of crosses on a consistent basis. The numbers speak for themselves:

Save salary with: Aaron Lennon (EVE, if starting)

This is a match that might be overlooked by a lot of DFSers, but there are some plays in this one that could offer solid production at low ownership.

We’ll start with the home team. Norwich City have been truly terrible in recent weeks, losing six consecutive matches while allowing 19 goals in the process. That said, West Ham haven’t been very convincing recently either, so the likes of Robbie Brady and Dieumerci Mbokani (and Wes Hoolahan to a lesser degree) shouldn’t be totally ignored, particularly due to their fantasy-friendly salaries on DraftKings.

West Ham should be buzzing after outlasting Liverpool in extra time in the F.A. Cup midweek, but tired legs could play a factor this weekend. Still, so long as Dimitri Payet and Enner Valencia are in the starting XI, they are terrific selections. Both have been in fantastic form and now come face-to-face with the reeling Canaries. Keep an eye on the defensive situation for West Ham as well, since the squad is dealing with a ton of injuries, which should open up some value.

Very quietly, Southampton have found a groove again, going undefeated in five straight to move up to seventh in the EPL. One of the more talented teams in the league, it’s no surprise to see them charge up the standings again. This weekend won’t be easy, though, with Swansea City on a four-match unbeaten run of their own and having the massive advantage of hosting.

Whoever starts in attack for the Saints should be on your radar, particularly Sadio Mane and Dusan Tadic, both of whom can pile up fantasy points in different ways. There’s also a chance Southampton could give super sub Charlie Austin a start over Graziano Pelle, which would make Austin one of the best bargains of the day. Fraser Forster has been immense in goal for the team recently and is interesting in tournaments, but there are safer keepers to target elsewhere.

Gylfi Sigurdsson is the main man for Swansea City, typically involved in every positive attack the team creates. He also takes every set piece for the club, making him a prime option, even in a tough matchup versus Southampton. Andre Ayew has adjusted nicely to life in the Premier League and is also in play at $5,700. 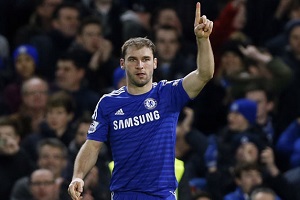 In the late match, the Blues will play host to Newcastle at Stamford Bridge. Oddsmakers have Chelsea pegged as the largest favorites (-225 to win outright) for Saturday, so we can expect Thibaut Courtois and the rest of the usual suspects in Branislav Ivanovic, Willian, Diego Costa, Oscar and Cesc Fabregas to all be popular to varying degrees.

Indeed, now that the Blues have found their footing again — they’ve gone unbeaten in 11 straight matches across all competitions — it’s hard to envision Newcastle finding much success at all in London this weekend.

Newcastle’s Daryl Janmaat (if healthy and playing), Jonjo Shelvey, Andros Townsend, Georginio Wijnaldum, Moussa Sissokho and Aleksandar Mitrovic won’t cost you an arm and a leg, and we know they’ll be low owned, but this is a match Chelsea should be able to win comfortably.

Save salary with: N/A