It was a crazy final around at the 2018 Masters, with some of the lowest golf scores we’ve ever seen at Augusta, and in the end, Patrick Reed was able to hold on for the win.

While Reed was sweating out his first green jacket, RotoGrinders member Drew Mathews, also known as redkacheek, was doing the same in the DraftKings Millionaire Maker. Aided by a hole-in-one from a relatively low-owned Charlie Hoffman and Reed’s victory, Drew would prevail and take home the seven-figure first-place prize.

After a hectic and crazy day that followed up – get this – his own wedding, Drew was kind enough to take the time to answer some questions for RotoGrinders. 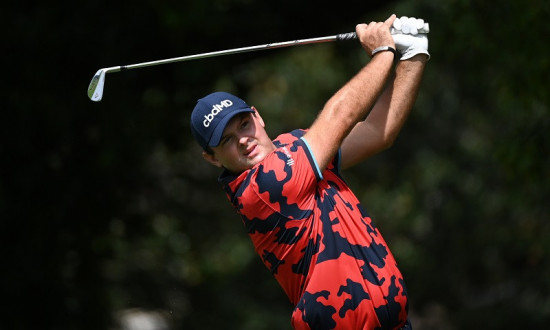 RotoGrinders: First off, congrats on the huge win. Can you tell us a little bit about yourself? Where are you from? What do you do for a living?

Drew Mathews: Thank you! My name is Drew Mathews, I am from Winter Haven, a small town in Florida, and currently reside and work in Lakeland Florida. Basically halfway between Orlando and Tampa. I am a systems analyst dealing with large databases.

RotoGrinders: How long have you been playing DFS? What got you into it?

Drew Mathews: I have been playing for about 4 years. I started playing a little football and basketball just for fun with friends in 2014, and then eventually my competitive side came out and I wanted to become better than the average player and learn what sets the top players apart.

RotoGrinders: How has DFS been for you up until your big win today?

Drew Mathews: Mostly up. DFS has taught me a lot of things about identifying value and game theory so it has been very interesting, to say the least. Financially, it has been a long learning curve, but in the past 12 months I have begun to earn a fairly steady profit with some larger wins mixed in (obviously not as large as this one).

RotoGrinders: You’re a RotoGrinders member – can you tell us how you use RG to help you with DFS?

Drew Mathews: I only play a handful of sports. I would love to play more but it can be so time-consuming that I simply do not have time to dedicate to so many. I use RG to help me get a pulse on the experts picks and players that are trending, coupled with your projections to get an idea who is sticking out as solid values (and sometimes undervalued based on my own opinion) and that helps me understand who may be bad chalk vs good chalk etc. After that, there are several of the research tools I like a lot. In NBA, I have been using the Court IQ and the Game Flow Tracker quite a bit recently. Overall, the site as a whole provides a lot of research tools and op-ed type stuff to help me get a feel for each slate.

RotoGrinders: What is the background for your username Redkacheek?

Drew Mathews: My username Redkacheek came from a group of buddies I used to play golf with during my amateur golf days. I am not 100% sure of the background (I do have red hair though) but they always called me by it when we played and when I began playing DFS I just used that nickname since it is somewhat anonymous and unique.

RotoGrinders: What does your typical DFS week look like (i.e. what contests do you play, how much volume do you play, what your process is)?

Drew Mathews: Although this victory was in PGA Golf, I play NBA on a daily basis while in season. I play NFL during the season and I have gotten into MLB recently, but I would say most of my volume is in PGA and NBA. Honestly, it depends on the slate. PGA slates are pretty consistent, but I will say I avoid no-cut events and limit my bankroll during the FedEx Cup Playoffs. I love mid-sized slates in NBA, but play pretty much every slate regardless. I try to play about 2-3 lineups and spread them amongst small field GPPs (usually the $27 SE and $40 SE) and the 100k Top Prize GPPs. It is kind of by feel, but I try to stay consistent each day. To keep this short, my process involves getting the feel of industry experts (RG and other resources), viewing various projections, and then I do my research on matchups and ownerships. The process can differ slate to slate, tournament to tournament, but I always fall back to my own gut instincts and how I predict the game or tournament will flow. 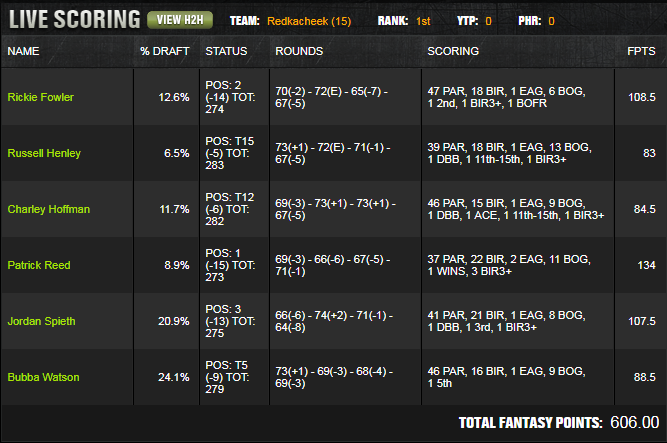 RotoGrinders: Tell us about your lineup. How many lineups did you enter? Your winning lineup was comprised of a couple of chalk picks in Watson and Spieth, some popular midrange picks in Fowler and Hoffman, and then the moderately low-owned Russell Henley and eventual winner Patrick Reed. What were your allocations of those particular golfers?

Drew Mathews: I entered 20 lineups in the Masters Milly Maker. I had my player pool narrowed down and I made some allocation adjustments (min and max). I do not shy away from chalky players, but I do make a conscious effort to mix at least 2 less chalky players in each lineup. I have found this works best. Chalky is typically never going to win, and all “GPP” plays usually will not either. So I try to build a little floor around my core and then add underowned players to it without being overexposed.

My allocations were as follows:

RotoGrinders: When did you realize you had a shot at the million? What were your thoughts after the Charley Hoffman hole-in-one on 16?

Drew Mathews: So this is going to be a real buzz-kill (as it kinda was for me)… I was in the car all day driving back from Nashville for my wedding which took place on Friday evening. I had 2 lineups doing okay going into Saturday and was hoping for a push, but really did not pay much attention. And keep in mind, I am an ex-professional golfer, played in college etc. So I love the Masters, and absolutely love watching it. But this week being my wedding, I had to put my lineups in on Monday and Tuesday and then focus my attention elsewhere. So the really surreal part when I had the gut-feeling I may be near the top was when I was getting notifications of all these people adding me as friends on DK and following me on Twitter. So I just had this odd feeling something was happening. Then Dan Back tweeted me “Congrats on the Milly.” So I was thinking, no way this is happening and I didn’t check DK because I just didnt want to see the reality of anything less than $1M. So when I got home I got the winnings notification from DK and I showed my wife and we’re just so excited. Just a completely surreal dream experience. I didn’t even get to watch the ace. My buddy called me later and that’s when I went back through Hoffman’s scorecard and saw the Hole-in-one on 16. Just a really odd week for me but kind of made it more special. 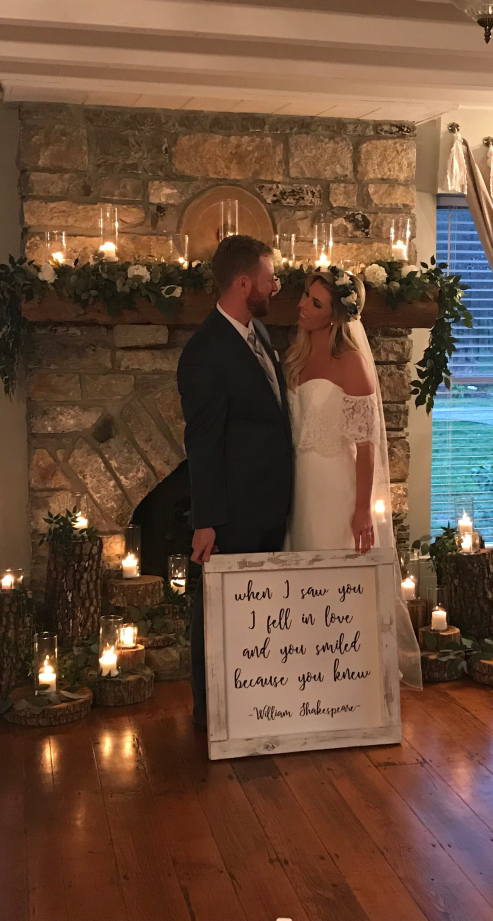 RotoGrinders: When you realized you had won, what were your initial thoughts? Where were you and who did you celebrate with?

Drew Mathews: I don’t even know. Just complete shock that it had happened, and then to find out Hoffman had an ace on 16 made it seem even more crazy. I was actually in a van with seven other people and did not not say a word to anyone until I got home. Just a bizarre day for me to have to experience a big win this way but again, it made it more memorable.

RotoGrinders: So you’re a millionaire now. Any extravagant purchases in the near future? Any plans?

Drew Mathews: A house. Nothing crazy. I told my wife, we need to stay in our lane, but I want to buy her/us a nice house, so that is the first thing on the list.

RotoGrinders: What does your family think about DFS?

Drew Mathews: My family knows very little about it. My wife loves it now, obviously, and I have had some large wins in the past. So she gets it and let’s me do my thing after work. That means a lot to me. But my parents and siblings know very little about DFS and how much money I spend playing, how much I have won and also how much time I spend playing. I love DFS, so after this win I hope they begin to respect the intricacies and research required to be a successful player each year.

Congrats again to Drew on becoming the newest DFS millionaire!