We have been getting some indications recently that the long sports hiatus may be coming to an end very soon. The indications that sports card investors are starting to realize this is becoming clear as well. Sports Card Investors’ tracking showed every single name in the top-60 across sports increase in price over the last 30 days. So what does that mean for us? It seems the market may be on the verge of breaking out with the ultimate catalyst being the first announcement by a major sports league of a confirmed start/continue date. There is still time to get ahead of that announcement and invest in some of the top names across the leagues. This week we’ll look at the top-5 names across sports that we want to have exposure to. We’ll give you the obvious cards to target along with some that may be overlooked.

We will generally target Panini brands for NFL and NBA as they own exclusive rights to those leagues, and then Topps brands for MLB. Just like DFS, be sure to manage your bankroll and don’t spend more than what your budget allows. Make sure you pay attention to the grading when looking at targets. Grading makes a huge difference in price, so price targets will be based on grading. An ungraded card is referred to as “raw”. We’ll use SportsCardInvestor’s Market Movers data to evaluate current-market price targets based on what people have been paying most recently. Go above/below that market rate based on your convictions and confidence levels by player. Be sure to subscribe using this link or use the promo code GRINDERS for your 20% off your first payment with SCI.

5) Ja Morant – Ja is kind of a poor man’s Zion. Picked 2nd-overall in the NBA’s 2019 Draft, behind Zion, Ja’s cards are 2nd in all of sports to Zion Williamson right now as far as number of sales recently. Ja’s cards are more affordable than Zion’s are currently and gives us a good alternative to target if we don’t want to spend up for Zion. Morant was averaging close to 18 points per game in his rookie season, and his Memphis Grizzlies would be in the playoffs if the NBA decides to return and dive right into post season. If Ja plays well in the playoffs his cards could take off and we may regret the opportunity we had right now to buy. 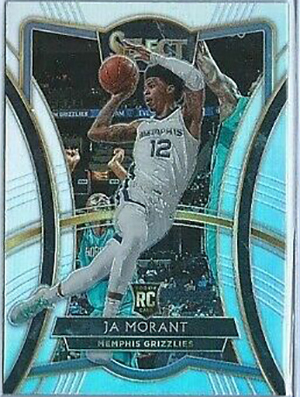 4) Ronald Acuna Jr – The reigning National League Rookie of the Year is also the hottest name in MLB Sports Cards right now. As the country waits for sports to return, baseball is one of the more promising prospects to return within the next couple of months. MLB could use the good publicity after the recent Houston Astros scandal, and giving the country some positive news by pioneering the return of sports would be huge and likely ignite interest in the sport and it’s players from which Acuna’s cards stand to benefit. These cards have been trending up for the last few months but still present an opportunity for upside. 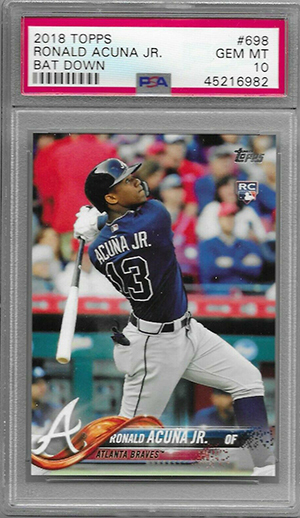 3) Luka Doncic – Another NBA player makes the list because the NBA is currently the Sports Card king. Back in the day people were only interested in baseball cards but with the explosion in the NBA’s popularity over the last 20 years, they now dominate the market. Luka is a popular young player with a bright future who, like Ja, is playing on a team that would make the playoffs if they were to start today. His main card to target, the 2018 Prizm Silver PSA 10, has risen significantly with a 50% gain since the beginning of March but likely has room to run especially if the NBA announces that the season will resume with Playoffs. 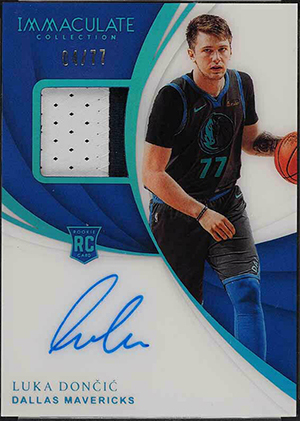 2) Kyler Murray – The Cardinals have been on fire with their off-season moves highlighted by a trade that sent declining David Johnson to the Texans for stud receiver DeAndre Hopkins. Arizona is a young team with good weapons and seemingly solid coaching and will be a playoff contender in the upcoming season. Murray’s price has risen significantly to reflect his improving situation, but there is still room for upside. His Panini Contender Autograph cards are popular targets but keep an eye on some lesser-known brands to see if you can add a hidden gem to your portfolio. 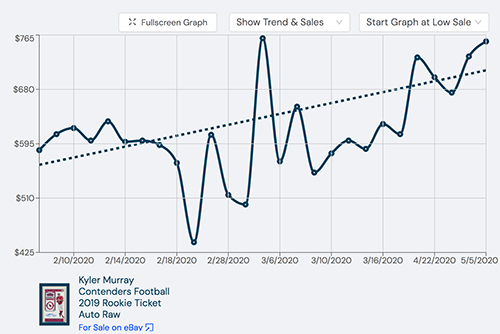 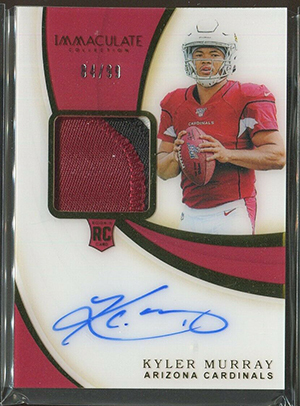 1) Zion Williamson – Zion is the hottest name in sports cards right now and has been for a while. The first-overall selection of the 2019 NBA draft started off the season on the bench due to injury, but lived up to his hype when he was healthy enough to play. There aren’t many players that come along that light up the sports card market like Zion has, so his prices aren’t cheap. The most obvious card to target is his 2019 Prizm Silver card. This is “the one that got away” for me that continues to haunt me after bailing on an ebay negotiation where I had the opportunity to buy a PSA 10 for $2100 only to turn it down and see it climb over $3k less than a week later and it hasn’t stopped climbing. If we think Zion is going to have a career trajectory as Giannis Antetokounmpo, then maybe a few years from now that card will hit $17k like Giannis’ PSA 10 Prizm Silver has recently. But a lot can happen in a few years and there is no guarantee that Zion won’t crash and burn. We’ll list that card as a target regardless due to it’s significance right now along with some interesting lesser-known cards that have potential to get “discovered” in the coming years and benefit from a successful Zion career. 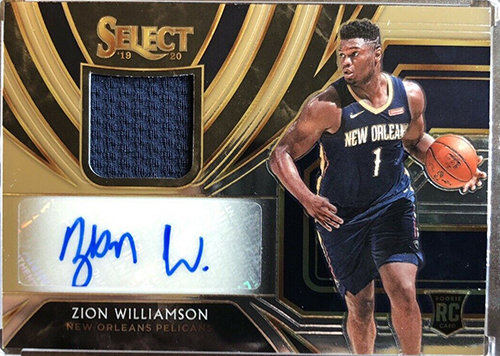