Panini owns the exclusive rights to NBA cards and within the Panini family Prizm and Optic are considered 1a and 1b while Select is considered to be the 3rd most popular set. If you’re looking for the ultra high end product then National Treasures is what you want to collect. Make sure you pay attention to the grading when looking at recommendations. Grading makes a huge difference in price, so price targets will be based on grading. An ungraded card is referred to as “raw”. We’ll use SportsCardInvestor’s Price Movements list and Market Movers data to evaluate current-market price targets based on what people have been paying most recently. Go above/below that market rate based on your convictions and confidence levels by player. Be sure to subscribe using this link or the promo code ROTOGRINDERS for your 20% off your first payment with SCI.

Before we get into our targets for the week I just wanted to remind everyone that we will be giving away 10 2019-2020 Panini Prizm Basketball packs live this Thursday, May 14th at 5:30pm ET on our Sports Card Grinders show. We will be opening 9 packs live for those who have subscribed to SportsCardInvestor.com’s Market Movers using our promo code. The cutoff for the contest will be Wednesday, May 13th at 9pm ET. We’ll also be doing a trivia question in our Discord SportsCard channel where we will give away an additional pack so make sure you’re in that channel when we go live. 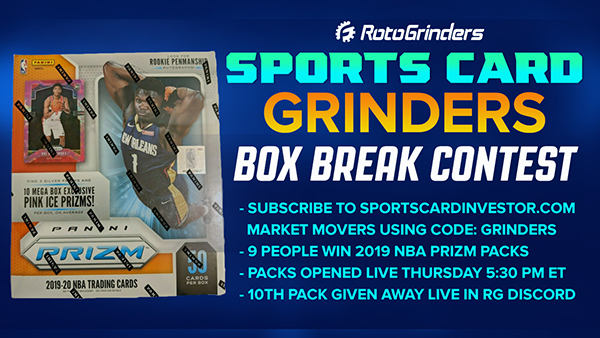 Here are the top 5 players to target as long term holds based on their Hall of Fame probability, and some accompanying current cards for sale on eBay through our eBay affiliate partnership:

5) Dwight Howard – Most big men don’t hold value long term but people seem to have forgotten that Dwight Howard is a 5 time All NBA First Teamer and won Defensive Player of the Year 3 times. He is virtually a lock for the hall of fame as his Hall of Fame probability on basketball reference is listed at 99%. I think Dwight is a solid long term investment that could also see a nice spike if the Lakers win the title this season. 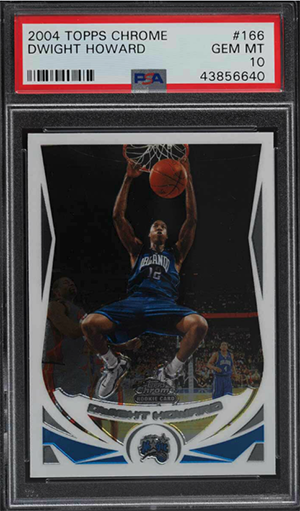 4) Carmelo Anthony – Like Dwight Howard above, many have forgotten how good Carmelo was in his prime. He’s a 10 time all-star that is top 20 in all time points in the NBA. Basketball reference has his HOF probability at 98%. Never winning a title has certainly capped his ceiling compared to others in his draft class but we will no doubt see a steady rise in his cards for years to come. 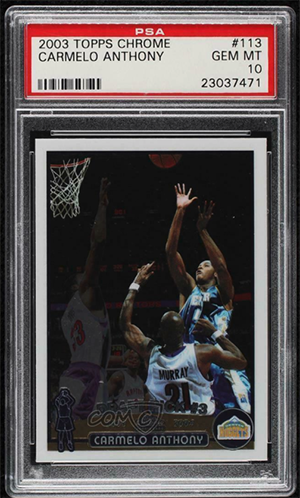 3) Russell Westbrook – Russell Westbrooks Hall of Fame probability is 99.9% and it’s hard to argue that given that he averaged a triple double for his last three seasons in OKC. His card prices have been slow to catch up though. I’m not sure exactly why though. It could be his on court demeanor rubs people the wrong way, his feuds with KD or maybe just being 2nd fiddle to James Harden. Either way, I believe his cards are a good long term hold as he has several years of his prime left and his career stats are the type that will outlast any stigma people had about him. 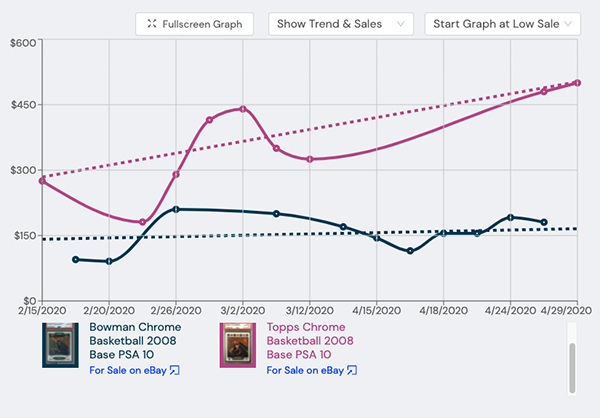 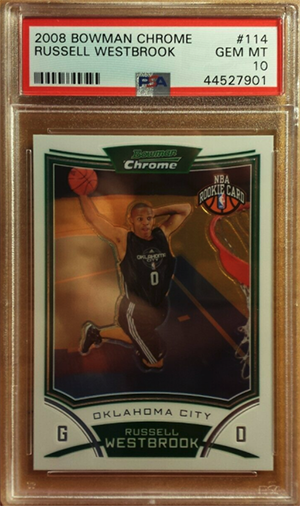 2) Vince Carter – While Vince never lived up to the “next Jordan” comparisons he certainly cemented himself as one of the greats of his era. He was an 8 time all star, won multiple all nba awards and brought the dunk contest back from the dead. His youtube highlight videos are stuff of legend. He will end his career in the top 20 in all time points and a 94% chance at the HOF. 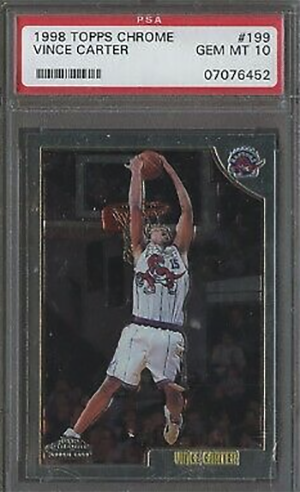 1) Anthony Davis – Even though he is still only 27 years old, AD is currently listed at a 91% chance of making the HOF. This number will surely increase to 100% in the very near future. AD is likely to go down as one of the all time greats once his career is all over. He hopefully has another 7-8 years of prime basketball left which should include a championship or two. Possibly some MVP awards and more for sure some All NBA teams. All these things make it very unlikely that AD card price plummet from current levels and they will only go up over time. As you can see from the chart below, his price are nearly back to where they were pre shutdown. 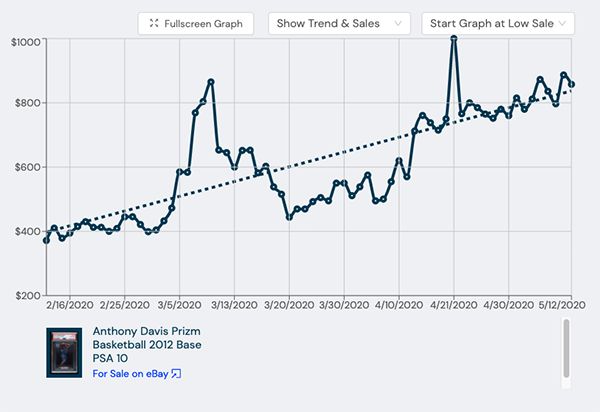 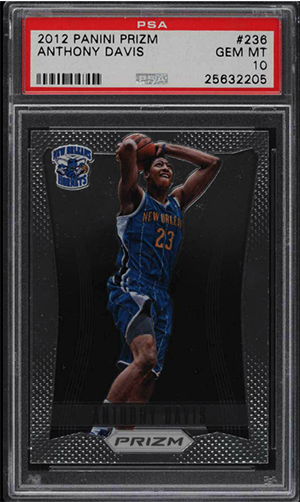 Thanks guys and good luck with your buying! Remember to subscribe to SportsCardInvestor.com and the promo code ROTOGRINDERS for your 20% off your first payment with SCI.