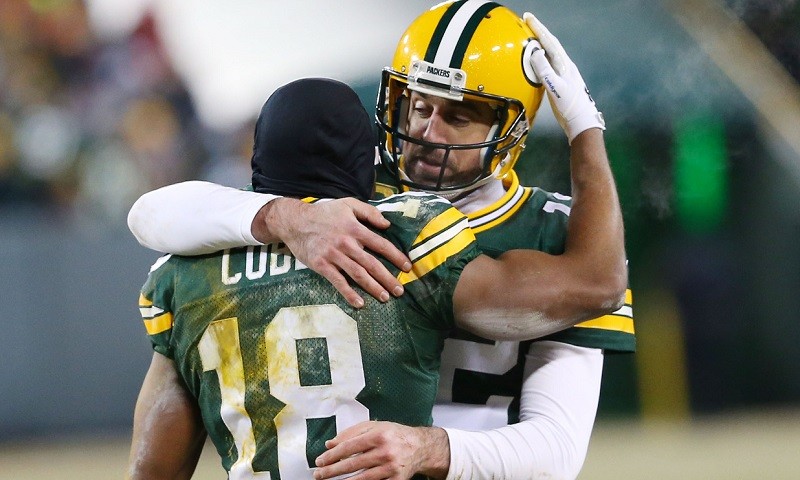 The Green Bay Packers and the Arizona Cardinals will open Week 8 of the NFL season on Thursday Night Football at State Farm Stadium. Oddsmakers are expecting absences from Green Bay’s wide receiver corps to result in a comfortable victory for the Cardinals, pricing Arizona as a touchdown favorite on the spread.

Let’s take a deeper look at the matchup to see where NFL bettors can find value at sportsbooks in this Thursday Night Football matchup.

In Week 1, the Packers suffered an embarrassing 38 to 3 loss to the New Orleans Saints. Since then, Green Bay is undefeated, having beaten the Detroit Lions, San Francisco 49ers, Pittsburgh Steelers, Cincinnati Bengals, Chicago Bears, and the Washington Football Team. On Thursday, Green Bay will face arguably their toughest test of the season against the unbeaten Cardinals. This test will be even more difficult without Davante Adams, who has led Green Bay in receiving six times in 2021.

Still, Aaron Rodgers is elite. He has the third-best QBR of any signal caller in the NFL through seven weeks. He owns a sterling 15 to 1 touchdown to interception ratio since his awful performance in Week 1 against the Saints. Inconsistent play from the offensive line continues to be a problem. Other than Elgton Jenkins at left tackle, this unit has no consistently reliable members. Nonetheless, the greatness of Rodgers has resulted in six consecutive games for this offense scoring 24 points or more.

On the defensive side of the ball, the Packers have been strong in October, having not allowed more than 22 points in any of their four contests. Their performance has been especially impressive considering that they have been missing their top cornerback, Jaire Alexander. Rashan Gary continues to be a menace for opposing offenses. Per Pro Football Focus, Gary had seven pressures in Week 7 against Washington. De’Vondre Campbell has been arguably the best linebacker in the league. Adrian Amos has been outstanding at safety, and is a big reason that Green Bay’s defense has allowed the third-fewest completions of 20-plus yards this fall. This group has a tough test against a dynamic Cardinals offense, but they are capable of keeping the Packers competitive in this one.

The Cardinals enter Week 8 as the only remaining undefeated team in the NFL. However, their strength of schedule has played a tremendous role in keeping their record spotless. In Week 1, they took advantage of a hobbled Tennessee Titans team that had very little practice time together. A missed field goal as time expired allowed them to escape Week 2 with a victory. Since then, they have beaten the Jacksonville Jaguars, Los Angeles Rams, San Francisco 49ers, Cleveland Browns, and Houston Texans—with the Rams being the only healthy and talented opponent in that stretch.

Kyle Murray has been excellent this year, passing for 17 touchdowns. Yet, he continues to be somewhat reckless with the football, having thrown five interceptions in seven games. Murray was outstanding last week against a hapless Houston defense, but will have his toughest test of the campaign against Green Bay this week—even without Alexander at cornerback for the Packers. DeAndre Hopkins, Christian Kirk, and A.J. Green have formed one of the most dynamic wide receiver trios in the NFL this fall, but Arizona could look to exploit the Packers on the ground on Thursday. Green Bay is allowing the third-most yards-per-carry of any defense in the NFL in 2021.

Arizona has been even worse against the run, allowing five yards-per-carry to opposing running backs. Though Rodgers will be without both Adams and Allen Lazard this week, Green Bay’s offense should still have life against a weak Arizona defensive line. Even through the air, the Packers could find success against two very beatable cornerbacks in Marco Wilson and Byron Murphy Jr.. Zaven Collins has been excellent at linebacker, but he will not be able to stop the run game by himself.

The market is likely overweighting the loss of Adams and Lazard in this contest. Green Bay should still have success running the ball against a terrible Arizona rush defense. Rodgers might not have All-Pro talent at wide receiver in this one, but Randall Cobb and Marquez Valdes-Scantling are both experienced pass catchers capable of shouldering an extra load against a mediocre Cardinals secondary unit. The Packers might not be able to win this game against a tough opponent on the road, but it is exceedingly rare that an elite quarterback and a strong defense are touchdown underdogs in any situation. Bettors should put their faith in the Packers to at least cover the spread on Thursday.