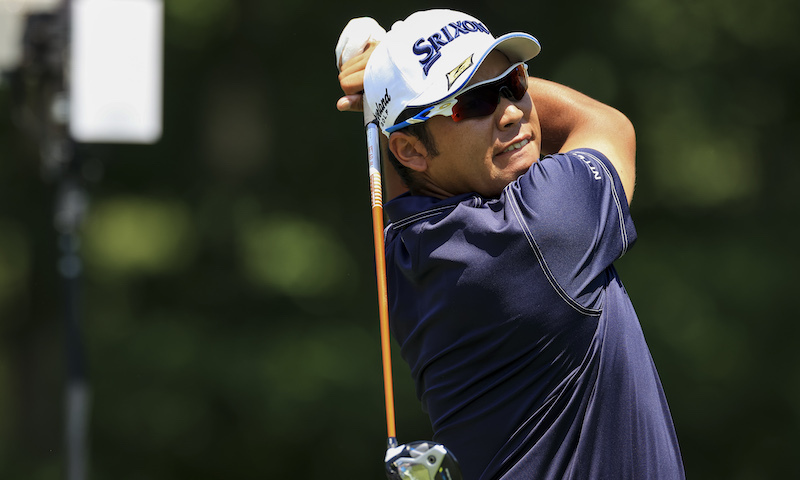 This week, Joe Cistaro breaks down the course and golf betting picks for 2021 Tokyo Olympics. Here’s a closer look at Men’s golf odds across online sportsbooks.

The Olympic Men’s Tournament returns with a stronger field at Kasumigaseki Country Club in Tokyo, Japan. Hideki Matsuyama will be the home favorite, while Collin Morikawa will be the betting favorite when the event tees off on July 29th. Let’s dive into the field, course, and a handful of outright betting picks for the tournament.

Hideki Matsuyama would vault himself into legendary status in Japan if he can complement his green jacket with an Olympic Gold Medal this week. With his entire country behind him, Matsuyama finds himself on the short list of favorites in Tokyo. Notably absent from the aforementioned odds board are both Jon Rahm and Bryson DeChambeau — made to withdraw from the field after a positive COVID test. While Rahm will not be replaced, Patrick Reed, ahem… Captain America, will replace DeChambeau on Team USA.

Each country is capped at four participants in the field of 60 golfers. The United States dominates the top of the board with three golfers posting the shortest odds — Collin Morikawa, Justin Thomas, and Xander Schauffele.

A notable narrative exists during the Olympic tournament for Sungjae Im and Si Woo Kim. Earning a medal for their country would excuse them for mandatory military service. One could argue that this event is more important to the men as a trip to the podium excuses them from conscription. Sangmoon Bae completed military service from 2015-2017.

With that out of the way, let’s take a look at the extremely small amount of information I was able to dig up about the golf course.

The Kasumigaseki Country Club is the most exclusive club in Japan and only recently allowed female members due to pressure from the IOC. The East course will host both Olympic events. The course was redesigned in 2016 by Tom and Logan Fazio to help conform to more modern standards of play. The information about the course seems more difficult to obtain than the course might play for the athletes.

The course is long with only three Par 5s. Two of the long holes are longer than 600 yards — players would need exceptional shots to get home. The course also features three par 4s 500 yards or longer on the scorecard. Length will be helpful, for sure, but will not be the only key.

Seemingly, as per usual, SG: Approach will be of paramount importance in the Olympics. With the event having no cut, players can play aggressively for all four rounds and hunt pins immediately. A bad round will not mean the end for anyone on the course and some of the prominent names in the game will have plenty of chances to go very low.

The course features plenty of water for beautiful architecture purposes and less for a challenge to golfers. There is plenty of sand in play throughout the Fazio-redesigned course but otherwise, the course seems pretty straightforward. I suspect the winner will need to put up a very low score.

Given the look at the odds board, Rory McIlroy is where I will start my Olympic card. Joining Shane Lowry to represent Ireland in the games, Rory features the type of length to present himself with plenty of opportunities at Kasumigaseki.

Without question, Rory’s current form is not better than those with shorter odds. Unquestionably, Collin Morikawa and Xander Schauffele are in more consistent form with the former most recently lifting the Claret Jug. That said, the slight discount on Rory relative to his counterparts make him a bit more appealing to me.

Despite his recent struggles, Rory ranks in the top 10 of this field in both SG: Approach and OTT over his last 36 rounds. His immense length — especially off the tee — will make the longer par 4s and 5s far more manageable. Finally, the lack of a cut in this event means Rory can be far more aggressive early. I will start my card in Ireland at BetMGM Sportsbook.

Next on my list, Joaquin Niemann joins my Olympic card and potentially my DFS lineups. Niemann is a supreme striker of the golf ball — both off the tee (5th) and with his irons (11th Approach). Falling behind several of the bigger names from the USA and the United Kingdom, Niemann finds himself squarely in play as a one-unit play for the Olympics.

Most recently, Niemann fell short in a three-man playoff at the Rocket Mortgage Classic before putting together a so-so performance at The Open Championship. The young phenom utilizes every centimeter of his relatively small frame to stripe the ball off the tee. While his short game is often a mitigating issue, in this field Niemann is savvy enough around the green to get the job done.

The name of the game in this event will likely be producing opportunities for birdies. One would be hard pressed to find anyone better at creating opportunities than Niemann. Like Collin Morikawa at The Open, when Niemann gets hot with the putter he will win. Hopefully, the hot putter week is this week.

Well, I lumped the South Korean brethren together for obvious reasons. As I mentioned above, a medal for either Im or Kim means foregoing conscription. While both merit wagers based on their recent performance, the narrative takes the cake for me.

The Olympic tournament represents Kim’s last opportunity to medal prior to turning 28. He will serve for his country if he cannot land on the podium during these games. Im (23) will still have an opportunity in 2024 but will surely be very motivated. Both men withdrew from the British Open in an effort to best prepare for this event.

I won’t even mention statistics because I don’t need them to make these wagers. Im will get the one-unit treatment while Kim will be in the half-unit range because of his price discrepancy.

Coming off of a T-2 last week at the 3M Open, Vegas quickly travels to Japan to represent Venezuela in the Olympic Men’s Tournament. Vegas played extremely well in the 3M Open. A few putts here and there and Vegas would be flying to Tokyo with another victory under his belt.

The Venezuelan leads the Olympic field in SG: OTT over his last 36 rounds. A combination of massive length and fairway finding should offer Vegas plenty of opportunities for birdies over the tournament. While his short game leaves a bit to be desired, the course will likely command a plethora of birdies produced by ball striking. If Vegas can improve upon his 2.1 strokes gained putting at the 3M Open, he might be the best longshot to take home the gold medal.

Vegas is clearly a price play given the strength of the top of the field and the quick trip across the world. That notwithstanding, Vegas’ ability off the tee makes him a worth dart of a fraction of a unit.

Good luck with all of your Olympic betting picks. We will be back next week for the WGC: FedEx St. Jude Invitational — one of the few events left in the golf season. Thanks for reading.