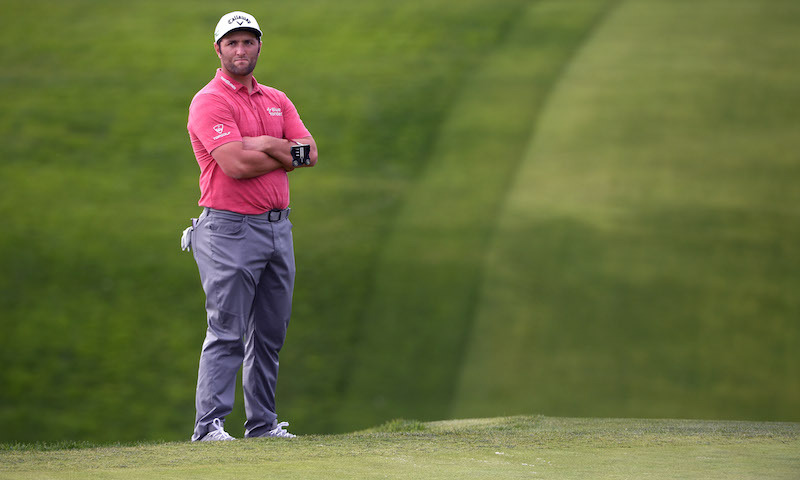 It didn’t take long for Garrick Higgo, South Africa’s newest golf phenom, to win on the PGA Tour. Now he’ll try to carry the momentum to California, where oddsmakers from FanDuel Sportsbook give him +7500 U.S. Open odds to win at Torrey Pines. We’ll talk more about Higgo and the rest of the field in a minute as I break down my favorite U.S. Open golf betting picks. But first, let’s take a closer look at Torrey Pines South Course.

With Torrey Pines hosting the Farmers Insurance Open, including earlier this February, golfers are familiar with the layout. However, they may not be as familiar with it in the USGA’s U.S. Open conditions.

It’s been 13 years since Torrey Pines South Course hosted a major championship. That year, 2008, Tiger Woods won shooting 1-under through four rounds. It’s one of golf’s most memorable tournaments, and if those conditions are any indication of what the tournament will play like this week, we should expect a long four days for this U.S. Open field.

With the greens dried and the rough grown, I’m not putting too much stock into course history. Just look at the last five Farmers Insurance Opens, which have had winning scores of -14, -15, -21, -10, and -13. It’s safe to say that this is not the same Torrey Pines golfers played in February.

With that said, I’m targetting long hitters and strong iron players when making my 2021 U.S. Open picks. Though I pay less attention to putting stats when making my outright bets, it’s worth knowing that these are Poa greens.

After Dustin Johnson’s impressive showing in South Carolina, some sportsbooks , including William Hill and PointsBet, have moved Johnson ahead of Jon Rahm as this year’s U.S. Open favorite. As a result, we’re getting a slightly better price on Rahm (+1200) at William Hill, UNIBET, DraftKings Sportsbook, and PointsBet. Elsewhere Rahm is as short as +1000.

I don’t typically begin my golf betting cards with this amount of chalk, but I have to make an exception when it comes to the U.S. Open and these conditions. The USGA often sets up courses so that the cream will inevitably rise to the top. Last year it was Bryson DeChambeau, who used his brute strength to power through Winged Foot and beat the field by six strokes. Other recent winners include Brooks Koepka (2018, 2017), Dustin Johnson (2016), and Jordan Spieth (2015).

Though Rahm ultimately didn’t finish with a victory two weeks ago at the Memorial, he was on his way to one of the more impressive wins we’ve seen on Tour in years. The Spaniard had finished his third round with a six-stroke lead on the field before a tournament official delivered him news that he had tested positive for Covid-19. It was a challenging course and competitive field, yet Rahm was making it look all too easy.

Fast forward two weeks and there are certainly some questionmarks for him as he arrives at Torrey Pines. For starters, when will Rahm pass Covid protocols and how much time will that leave him to practice? I haven’t heard much, but I’ll be sure to update this article as soon as I do.

Regardless, Rahm has the perfect type of game to win the U.S. Open. He hits it far and straight. He’s a superb ball-striker, making him one of the best iron players in the world. So long as there are no hiccups from the unplanned hiatus, I expect the 26-year-old to pick up where he left off merely two weeks ago. If he stays in form, it’s hard not to imagine him in contention come Sunday, which just so happens to be his first Father’s Day.

Sticking with the theme of chalky U.S. Open picks, I’m happy to bet on DeChambeau with these relatively lengthened odds. As we found out last year, DeChambeau’s strength was a significant advantage in the difficult USGA conditions. While everyone missed the tight fairways, only DeChambeau found a way to consistently put the ball on the green in two. I expect things to play out somewhat similarly this year at Torrey Pines, which is why I’m excited to bet on DeChambeau at BetMGM, where he’s +1800. If you look at other sportsbooks across the industry, oddsmakers list him as short as +1400, so we’re getting a bargain at BetMGM, which is accessible to bettors in Colorado, Indiana, Michigan, New Jersey, Iowa, Pennsylvania, Tennessee, and West Virginia.

Those are the two golfers I have on my U.S. Open card for now, but I’ll be adding some longshot picks later. Be on the lookout for my upcoming U.S. Open Sleepers article on Tuesday. In the meantime, if you’re interested in some mid-tier options, here are a few golfers for consideration.

Cantlay, 29, was the primary beneficiary of Rahm’s impromptu exit. The California native finally pulled out of his slump, and it looks like he’s rounding into form just in time for a major championship in his home state. Cantlay has always struggled with his putter, but he’s top 20 in the field in nearly every other statistical category, including strokes gained ball-striking (17th, last 50 rounds) and off-the-tee (15th). Cantlay enters with confidence, and playing on the West Coast certainly won’t hurt.

Hatton made comments that he might be rusty ahead of last week’s Palmetto Championship. It was a slow start for the Euro, but he eventually put two solid rounds together on Saturday and Sunday. The final product? An impressive T2 (-10). Hatton hits the ball straight, is a great iron player, and is on the good side of putting splits when it comes to Poa greens. I’m having a difficult time deciding how I want to allocate my budget after betting on Rahm and DeChambeau at short odds, but +5000 on Hatton is a fine price considering he is +2500 at other shops.

Finau carries with him a mixed bag of results at the U.S. Open. It includes two missed cuts yet three top-15 finishes, including a T8 last year. Finau has the length we’re looking for, and there’s no doubt he can get hot with his irons. He struggles with his short stick more often than not, but bumpy Poa greens could normalize things for bad putters like himself.

Sportsbooks were quick to shorten the new PGA Tour winner’s U.S. Open odds. Higgo is down to 50-1 at William Hill following his Sunday victory, but we can still get +7500 at FanDuel and +7000 if you’re located in a state (N.J., N, IA, IL, MI, CO) with PointsBet. I don’t always like to bet on recent winners, but the 22-year-old ought to stay hungry as he makes his U.S. Open debut. It’s also worth noting that the young South African has plenty of experience winning. Though Sunday marked his first PGA Tour win, Higgo has made a habit of winning across the pond with three Euro Tour victories. Higgo’s name is catching steam in golf betting circles, but I like betting on these young guys, especially those who hit the ball far, early and often before they’re established on Tour. It’s not always easy to pick them out, but Higgo definitely passes the eye test.