Some of daily fantasy’s elite have bankrolls that can make you drool. When I learned the volume of games being played by some players, I was in shock.

But the majority of daily fantasy players jump into the game with less than $1,000 (and often much less). While many pros can grind out a part-time or even full-time income playing a low percentage of their bankroll in each league, that’s not a possibility for most players. If you start playing daily fantasy with $200 in your account, you could see a 50 percent ROI and still profit only $100.

If you’re relatively new to daily fantasy, you need to make a choice about how you want to approach the game. Do you want to grind out profits, or do you want to take your shots to cash in big? There are advantages to each.

The primary benefit of grinding early in your career is that you can learn if you’re a long-term winner. If you have hopes of eventually treating daily fantasy as an investment, it’s crucial to know where you stand among other players. 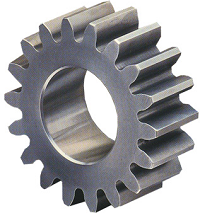 The easiest way to do that is to enter 50/50s. If you have $200 and you want to know where you stand among others, enter $1 into 200 different 50/50 leagues over the course of a season. Playing against thousands and thousands of people during that time, you’ll have a major sample size of games you can analyze to see how you’re performing. A 100-man 50/50 league is basically 100 heads-up matches all at once. If you can continually finish near the top 25 percent of lineups, you’re on your way to being long-term profitable. If you’re closer to the 75th percentile over the long-run, you have some work to do.

The advantage of grinding isn’t in the profits, then, unless you have a sizeable bankroll. Rather, it’s the knowledge and experience you can acquire to learn where you stand in relation to other players.

Perhaps you’re concerned only with cashing in big, or maybe you’ve finished grinding and learned you can win long-term, so you want to quickly grow a bankroll. You aren’t going to do that grinding if you don’t have much money.

Instead, you need rapid bankroll growth, so tournaments are the answer. The problem with tournaments is that they’re volatile, so it’s risky to go hard after them with a limited bankroll. If you want to enter at the $10 level with a $200 bankroll, you’ll have only 20 shots at cashing.

Thus, you need to be honest with yourself about how much money you’re going to throw into tourneys. If you have a $300 bankroll and you lose it, are you going to reload? Make sure you understand your true bankroll, how losing that money would affect you personally, and how aggressively you want to pursue quick bankroll growth.

For most people, the best plan of action is a balanced attack: mixing grinding with taking shots. If you can use head-to-head and 50/50 profits to “pay for” tournament entries, for example, that’s a huge positive. You’re basically taking your shots “for free,” remaining even or hopefully even continuing to profit as you look to score big. The degree to which you emphasize each method of playing will depend on how aggressively you want to pursue a big cash, so it’s crucial to ask yourself before you begin playing

“Do I want to grind out profits or do I want to take on more risk in order to have a shot at rapid growth?”