THE BAT - How Our Most Advanced DFS MLB Projections Are Created 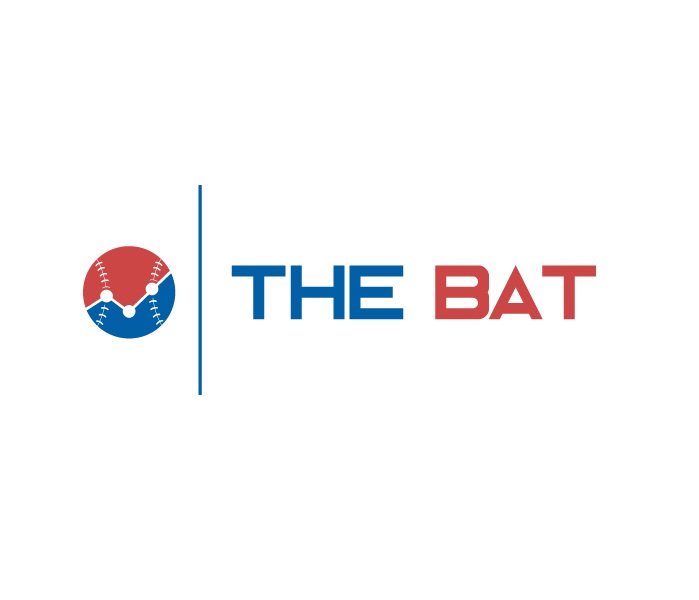 THE BAT is the brainchild of Derek Carty, who spent years honing his statistical chops as the Fantasy Manager for Baseball Prospectus and The Hardball Times (now part of FanGraphs), working alongside and learning from some of the greatest sabermetric minds in the game, many of which are now making decisions for MLB clubs.

THE BAT is actually an acronym, short for The How to Excel (at DFS) Baseball Algorithmic Tool. But what exactly does this mean?

THE BAT starts as a comprehensive projection system in the vein of PECOTA or ZiPS, and then adds additional layers for daily players. It considers a plethora of factors relevant on a daily basis, such as:

While already the most comprehensive daily model on the market, THE BAT is constantly being added to and upgraded with additional features and under-the-hood upgrades. Underscoring everything is meticulous methodology and statistical processes Carty learned and developed in his years working for the premier sabermetric destinations on the web.

Upgrade My Baseball Projections with THE BAT Now!!

A Few Unique Components Behind THE BAT

In addition to a number of DFS-specific layers, THE BAT has a number of other innovative and accuracy-improving features. Above we mentioned many of the stats THE BAT considers, but that barely scratches the surface. Below are details on just a few more of the unique factors that power THE BAT’s projections.

— Player Profiles: THE BAT projects players, in part, based on their profiles. For example, a speedy line-drive hitter that bats leadoff and sprays the ball all over the field will be projected for more singles and steals than a slow, overweight cleanup hitter who makes lots of hard contact.

— Catcher Intimidation: Not only does THE BAT account for the strength of a catcher’s throwing arm, but it also accounts for the catcher’s reputation, for his ability to intimidate runners into not attempting a steal in the first place. Salvador Perez throws out a high percentage of runners, but runners are often too scared to test his arm at all—and you can’t steal a base if you don’t make an attempt.

— Catcher Framing: Catcher arms affect stolen bases, but THE BAT also accounts for the ability (or lack of ability) of a catcher to frame pitches—that is, to make balls look more like strikes for his pitcher, leading to more good outcomes (like strikeouts) and fewer bad outcomes (like walks and home runs).

— Minor League and Foreign League Data: Increasing the accuracy of young players that don’t have a long major-league track record by incorporating their stats from minor and foreign leagues (with the appropriate adjustments, since it’s much more difficult playing in the majors).

— Comprehensive Weather Factors: Weather is one of the most important yet overlooked factors that affect performance. THE BAT accounts for everything that matters, from things as obvious as temperature to things as obscure as air pressure. Wondering how much that 15-mph wind in Wrigley will affect the game? THE BAT has you covered.

— Role-Adjusted Pitcher Projections: It’s much easier for a reliever to come in for a single no-hit inning than it is for a starter to go seven shutout frames. This is accounted for, and pitchers who have served in both roles have their data adjusted to represent the role they’ll be pitching in that particular day. For example, “(player-popup)Adam Warren”:/players/adam-warren-13500’s stellar relief work would be discounted a bit when he is being projected as a starter.

— Batter/Pitcher Matchup-Based Defense: The daily defensive layer is applied based on the batted ball and spray tendencies of the particular batter and pitcher. A pull-heavy, fly-ball lefty will hit a lot more balls to the right fielder than he will to the shortstop. Meanwhile a pull-heavy, ground-ball righty will hit many more balls to the shortstop and fewer to right field. THE BAT accounts for this, weighting the importance of each defender for each batter individually based on where the ball is most likely to be hit. And, of course, contact tendencies are also incorporated; defense will be less important for a “Three True Outcomes” hitter like Chris Davis who doesn’t put the ball in play much than it will be for Jose Altuve who makes lots of contact.

— Position-Adjusted Age Curves: Age curves are adjusted to account for the position of each player. For example, the wear and tear of the catching position will cause backstops to age more rapidly than first basemen.

— Filtering Out What’s Unimportant: Studies have shown popular “analytical” crutches such as hot streaks, batter vs. pitcher data, un-regressed platoon splits, career in park, home/road, and various other slicing-and-dicing splits to be useless and downright detrimental. Thus, while THE BAT incorporates lots of things that are important, it further increases its accuracy by ignoring the things that aren’t.

This Sounds Great! Sign Me Up For THE BAT Now!!

Thank you DerekCarty</a> and The Bat along with the tools like PlateIQ from <a href="https://twitter.com/RotoGrinders?ref_src=twsrc%5Etfw">RotoGrinders for making this possible. Now I'm a champion 🏆 🍻 pic.twitter.com/Am0cRgdxBY

“DerekCarty and #TheBAT is an excellent product that keeps you on target through the emotional swings of 162 games! Pos and Neg regression is real and #TheBAT will make you profit from it the way I did in 2018 by 20x my Opening Day investment. The Podcasts are gamechanging.” —Between The Numbers

Happy new year Derek! Can’t wait for this season of baseball this will be my third season with the bat! You are great kind and so helpful with questions! The system is great it allows me to grind baseball every day make money while still working a full time career!

“I cannot say enough about THE BAT and Derek Carty. I am a disabled 55-year-old with two beautiful granddaughters living with me. Won $38,000 using THE BAT last year. Paid for a once in a life time trip to Disney World and put the rest in a college fund. THE BAT has changed my life. And Derek …… well he is absolutely the rare person in DFS. By far the most honest, smartest, and just a great person . THE BAT has changed my life for the better.” —rzsedge

If you would like to receive a 1099 from Draftkings, Fanduel, and FantasyDraft for baseball fire up the bat. It’s the freaking patriotic move #America #TaxSeason https://t.co/oflz3UOEJq

Can confirm. DerekCarty</a> answered questions to me almost daily towards the beginning of the season. Was my first year subbing to theBAT. Will do again and have recommended it to friends and family. <a href="https://t.co/ZArFvxkwCe">https://t.co/ZArFvxkwCe</a></p>— FFO Phil (thebaseballjedi) January 1, 2020

It is almost baseball season which means almost time to pay up for THE BAT. After trying it out last season I can honestly say it is the best projection model you can buy without putting in the time and work to build one yourself. https://t.co/THi0uCKj60

“Been a loyal BAT subscriber for 2 seasons and all I have to say is if you play MLB DFS and don’t use the BAT by DerekCarty you’re doing it wrong. It literally pays for itself and then some. By far the best research tool out there” —Mutch

Excited to subscribe again to the PREMIERE daily projection tool in the DFS industry – THE BAT!

Can’t wait man! The Bat changed my MLB DFS life and and The Blitz was great for me personally. Imho your a real asset to have and always available when there is a question in discord chat. The Bat 2020 is gonna be even better!

Cant wait for the baseball season to start. THE BAT has been the best product for playing baseball dfs. Been using it the last 2 years. It is worth the price, especially if you play cash games. Thank you DerekCarty</a> for this great product.</p>— Anirudh Subramanian (AnirudhSubrama1) March 23, 2019

So excited to try #TheBAT by DerekCarty</a> for a whole season. Purchased a monthly pass after the All-Star break last season and never looked back. The accuracy of the projections convinced me to purchase <a href="https://twitter.com/hashtag/TheBLITZ?src=hash&ref_src=twsrc%5Etfw">#TheBLITZ</a> which, by no surprise, crushed it as well!</p>— Nicholas Brosnan (n1ckthequick) March 1, 2019

derekcarty</a>, Coming back for my 3rd season with the BAT! Great results over the year - but last season was amazing. Had some of might best nights ever!. BAT has been incredibly helpful in my research. Especially SP2 and finding under the radar value plays. <a href="https://t.co/O0NgPu6iUj">https://t.co/O0NgPu6iUj</a></p>— Joe cantone (jc_nyj) February 28, 2019

If you want to win money in MLB, sign up for THE BAT! I took down a gpp using it. If you’re in a pinch, just run THE BAT optimal 2 minutes before lock and you’ll still feel good about your lineup. I promise! https://t.co/hmGGWGExIT

“The only thing better than THE BAT’s projections is its customer service. Day or night, Tuesday or Sunday, if you’re having technical problems, see a bug, or just have a suggestion, Derek and the RG team are exceptionally responsive and helpful. Tweet him, beep him, if you wanna reach him and odds are he’ll reply ASAP.” —randommlbprojs

I’m returning to use the best dfs mlb projection system “The Bat” because it is by far the best, and most accurate system build out there. My new home = this sediment. Ty DerekCarty</a> for your work and can’t wait for another profitable mlb dfs season</p>— MURPH (checkmark) (RealMurphdog916) March 1, 2019

Most comprehensive projections I’ve seen, and the podcasts are super helpful with breaking down each slate! https://t.co/o6dlURDD2t

It definitely isnt necessary for DerekCarty</a> to defend THE BAT. The results speak for themselves. But the fact that he does it anyway only validates the product more. Worth every penny.<a href="https://t.co/0aRtJcSP2z">https://t.co/0aRtJcSP2z</a></p>— Anthony Amico (amicsta) March 21, 2018

.DerekCarty</a> The BAT is back! Thanks Derek for creating the #1 DFS tool. I used to do all my own projections and now I can pay Derek to do that and they are better than mine and my fiance enjoys the extra time I have. Let's go 2019 MLB DFS!</p>— Matthew Petrich (MatthewPetrich1) February 28, 2019

Has helped me do better that past 2 seasons for baseball DFS!!!! Worth the money spent to win even more!!!!! https://t.co/FcUnEnGCRj

I use DerekCarty</a>'s THE BAT as part of my daily <a href="https://twitter.com/hashtag/MLB?src=hash&ref_src=twsrc%5Etfw">#MLB</a> <a href="https://twitter.com/hashtag/DFS?src=hash&ref_src=twsrc%5Etfw">#DFS</a> process. It's helped me win some big money – as an example, I placed 3rd in DK's King of SF last year – so it has definitely been worth it. Going to get it again this year!</p>— Devin Dignam (DevinDignam) March 21, 2018

The BAT is the real deal projection system. Never had such an advanced weapon in my corner for MLB DFS. Last year my ROI increased by 10%! A must have for MLB dfs success.

Looking forward to using the “The Bat” again. Love how it has all the stat nerd stuff baked in. Makes making decisions about players a lot easier. https://t.co/gN96xv9FlF

By FAR the best mlb Dfs projections in the game!

A Tutorial From Derek Carty Himself

There’s a lot going on under the hood…but lucky for you, Derek Carty is the mechanic and you’re the beneficiary.

Gain an edge in your DFS MLB games this season!
Step up to the plate and purchase THE BAT now!