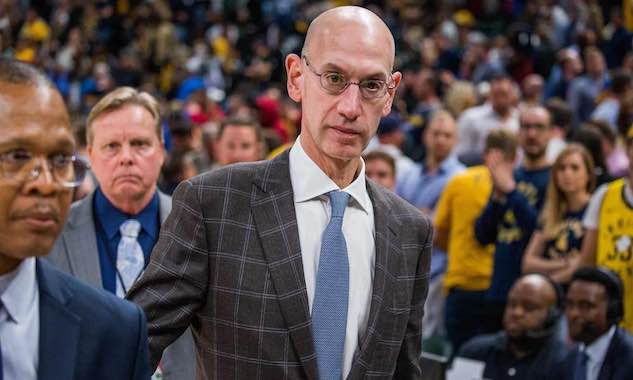 The NBA on Monday announced that it will immediately begin its rollout of quarter-by-quarter pricing for NBA League Pass games — a structure that expands on its existing offering for access to a single game for $6.99 and $1.99 for the fourth quarter until a game’s completion.

According to the release, the quarter-by-quarter pricing options are:

Currently it’s $200 for the full NBA League pass for every live, out-of-market game.

In fact NBA commissioner Adam Silver has been kicking around an idea of the kind of “microtransaction” announced today since April, before the United States Supreme Court struck down the ban on full-fledged sports wagering outside Nevada. Now operators in eight states including Nevada offer legal sports betting, the most robust market so far in New Jersey.

While Silver said “I’m more focused on the entire game,” he added, “There’s no doubt there’ll be people who will see on social media there’s an exciting finish to a game and so they might be more inclined to watch the last five minutes, but I also think there’ll be an audience for people earlier in the evening who know, for whatever reason, they only have time during the first and second quarter to watch a game and don’t think it’s a good consumer proposition to have to buy a whole game.”

So people tune into an exciting game they find on social media, or maybe they got home from school or work and after the game already started. What to do? Buy the fourth quarter and, possibly or probably, make an in-game wager.

“In Europe, for example, where sports betting is legal, people can watch streams of games and then bet as they’re watching them,” Silver said. “That could conceivably be another form of a microtransaction, and much of the sports betting has moved to in-play, which is one of the reasons why people want to watch the live feeds.”

Per the release, the menu of offerings will be available on NBA.com and the NBA App, and via participating NBA League Pass distributors such as Turner’s B/R Live streaming service.

The other pro leagues will definitely be taking notice and probably soon follow suit.

Although please, sports bettors, always do the math because you may well come out ahead just buying the league pass in full.