Despite quarterback problems plaguing the Broncos in recent years, Paton passed on Ohio State’s Justin Fields when he fell to the Broncos in the first round, selecting cornerback Patrick Surtain II instead. In round 2, Paton decided to double-down on controversial decisions, trading up to pick North Carolina running back Javonte Williams.

Denver has playmakers to catch the ball, but they still don’t have a reliable answer as to whom will be passing it. There’s a quarterback battle in the Mile High City between Drew Lock and Teddy Bridgewater. The decision will affect Denver’s fantasy outlook and should be of interest to Colorado bettors looking to take a stand on or against the Broncos. Denver hasn’t had a winning season since 2016, but if they make the right call at quarterback, there’s reason to believe they change their fortunes in 2021. 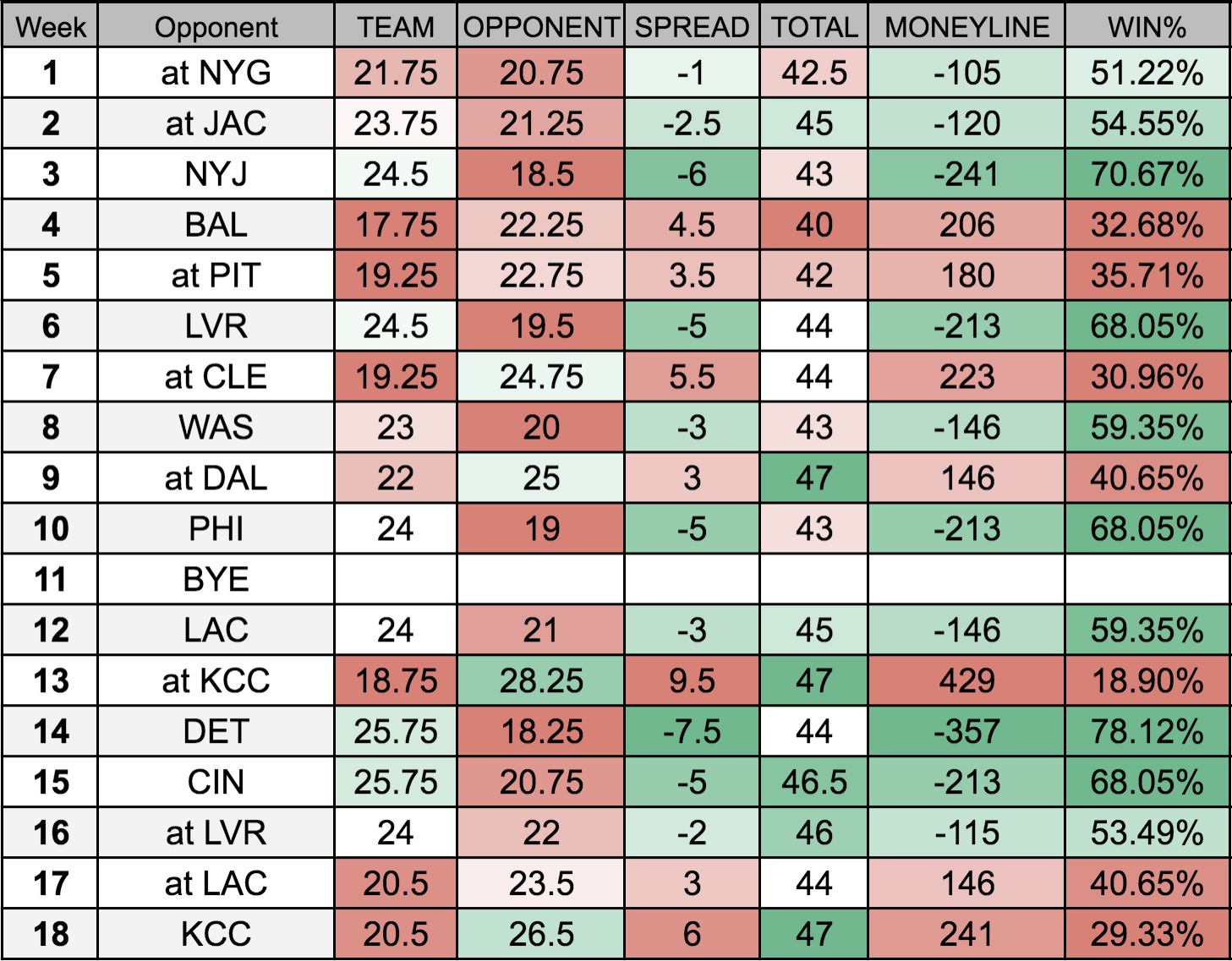 When I first saw Denver’s projected win total was at 8.5, I immediately thought to take the under, but then I looked at their schedule. The Broncos are favorites in 10 games, including their first three of the season. They will kick off 2021 with a two-game road trip, taking on the New York Giants before flying to Jacksonville to face Urban Meyer and rookie Trevor Lawrence. After that, Denver will host another rookie quarterback, Zach Wilson, and the New York Jets.

That’s a favorable way to start the season for a defense as stout as Denver’s. They combine depth in the secondary with a ferocious pass rush led by edge rushers Bradley Chubb and Von Miller.

I’d typically chalk both games against the Chiefs as a loss, but their second game against Kansas City won’t come until Week 18. That too plays to Denver’s benefit, as the Chiefs could plausibly have clinched their top seed, which would allow Andy Reid to rest Mahomes and other starters during the last week of the season. The schedule gods continued to bless Denver with games against the Lions and Bengals. They also match up well with a relatively questionable NFC East division, hosting the Eagles and Washington Football Team. Dallas will be good but the trip itself is usually underwhelming relative to other road environments, as Broncos fans show up in droves to watch their squad buck the Cowboys.

I don’t have much in the blue and orange if Lock plays quarterback, but I’m confident Bridgewater will win the job. That’s what the stats suggest, too. Bridgewater is a smart, serviceable quarterback who will protect the ball in Denver for a change. With Jerry Jeudy, Noah Fant, and Courtland Sutton as his supporting cast, he may even help Denver win enough to turn down the heat surrounding their GM.

I like Over 8.5 wins as long as Bridgewater does in fact get the nod.

The Broncos defense disappointed in 2020, but an unfortunate series of injuries are primarily to blame. No injury was bigger than that to eight-time pro bowler Von Miller, who missed the entire 2020 season with an ankle injury. With Miller’s return, along with upgrades in the secondary, passing against Denver will be no easy task. If the defense meets expectations, it could limit the fantasy upside of their offense. After all, Denver may be able to afford to play more conservatively if they aren’t participating in as many two-score deficits. On the flip side, Pat Shurmur is taking over offensive play-calling duties, which should help Denver surpass their current fantasy projections. Shurmur’s offense in New York led the league in aDOT as Daniel Jones attempted passes of at least 20 yards at one of the highest rates in the NFL. Also bullish for this offense is the fact that they’re projected to face 10 “soft pass defenses.” 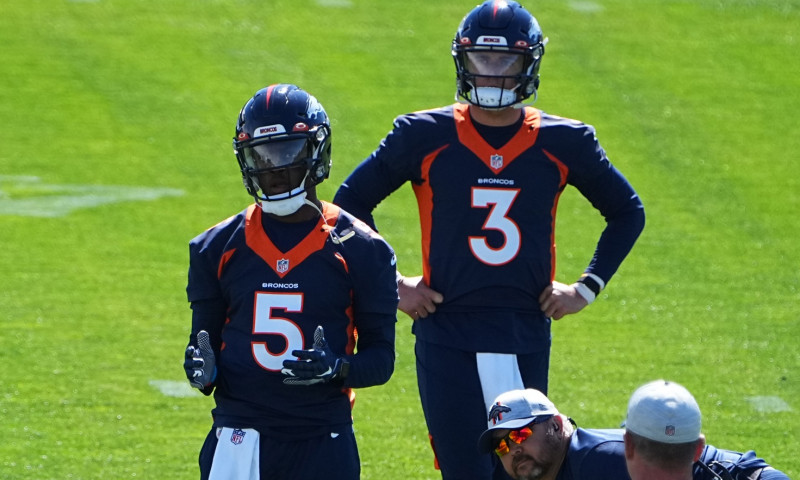 It may not have been optimal, but the Broncos moved up to select Javonte Williams for a reason. We project Williams to lead the Broncos with 45% of carries. If Williams impresses, he may even see a larger share of work. Melvin Gordon, 28, is clearly on the decline and already has a minor groin injury, putting Gordon’s status as the Broncos’ lead running back in question. Remember, Gordon started only 10 games in 2020. If you’re drafting closer to Week 1, make sure to keep an eye on Gordon’s progression. If he’s still missing practices, there may be some value on Williams in Best Ball drafts.

Broncos head coach Vic Fangio gave Drew Lock the first start in the preseason, but it’ll be Bridgewater who gets first-team reps in Week 2. Both quarterbacks performed well, but there’s no reason to believe Lock gives Denver a better chance to win than Bridgewater. The latter has proved capable of servicing fantasy-friendly receivers in Carolina, and Shurmers’ playbook could make Bridgewater a steal at current ADP.