A Guide on Transitioning from NFL to NBA DFS

The NFL season is coming to a close and many NFL DFS players will be eager to enter the realm of NBA DFS, which is exploding in popularity. Sites are delivering major contests with million-dollar prize pools and a wide variety of payout structures.

Whether you are new to NBA DFS or just getting back into the swing of things, you’ll definitely want to make sure you aren’t flying blind when making the move from NFL to NBA. The competition is very challenging and winning will require some changes from the way you approached your NFL lineups.

This article will outline some key guidelines you need to remember when transitioning from NFL DFS over to NBA DFS. 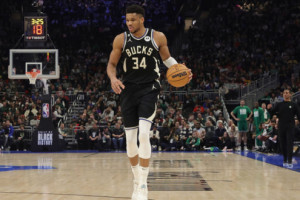 1. Site Scoring and Game Play: The first thing you’ll need to decide before entering the world of NBA DFS is where you should play. The position structure, salary cap, and pricing flexibility varies widely from site to site. Sites like DraftKings and FantasyDraft offer multi-position eligibility and a tighter salary structure. A site like FanDuel offers static position eligibility and a generally loose salary structure. Make sure you examine the rules, scoring, and game environment of each site and determine which format suits you best.

2. Position Structure: In the NFL, the role and production of each position is fairly well defined. In NBA DFS, roles and potential production change almost nightly between the various positions. When I was growing up, the five positions of basketball were Point Guard, Shooting Guard, Small Forward, Power Forward, and Center. That is still true…kind of. It is certainly true in the way the DFS sites create their games. Every NBA player is assigned one (or more) of those positions. Some sites also have utility slots that are similar to the “flex” in fantasy football. The only problem with assigning players a static position is that NBA teams are becoming less and less rigid with the role of each position. “Positionless Basketball” has spawned a new breed of NBA player. Centers are shooting and making 3-pointers. Shooting guards are seeing minutes on the court as small forwards. Small forwards are playing power forward. Power forwards are playing center. Nobody can agree on what position Giannis Antetokounmpo plays. Some teams still play a more traditional set while others are substantially more versatile. The point is this: You’ll need to get familiar with the skill-set and coaching identity of each team so that you can better understand how they use their players. It will better help you understand how to deploy each player within the position structure of your DFS site of choice.

3. Gradual, Less Volatile Scoring: The NFL is an event driven sport. A huge % of individual player scoring occurs as a result of relatively few actions, with touchdowns being the most noteworthy example. In the NBA, there are many more possessions and each individual scoring play is only a small % of a player’s final score. The scoring is very gradual throughout the course of the game as a result.

4. The Importance of Projections: The sample size of NBA performance data is much larger and more representative from season to season than NFL data. This leads to a heavy emphasis on accurate projections to guide your decision making. The larger sample helps increase the accuracy of median projections and thus we have a strong sense of how a player might perform on a given night. We have a great set of projections available each day on RotoGrinders. I recommend using them as a guide if you don’t have your own formula for modeling NBA player performance.

5. The Importance and Timing of News: If the news cycle in each DFS sport were equivalent to vacations, then the NFL would be some kind of slow relaxing beach experience where you’re being served umbrella drinks and listening to Jimmy Buffet. You have all week to acquire and process the injuries and speculate on the value of replacements. The NBA would be equivalent to participation in the Running of the Bulls (no pun intended, Chicago). The news cycle doesn’t last long but it often leaves you running for your proverbial life. You have to be on your toes at all times in the two hours leading up to lineup lock, and on some occasions the news comes fast and furious with very little time to react. Your ability to process and make decisions based on late breaking news is paramount to your long term success in NBA DFS. Immediately download the RotoGrinders Lineup Alerts app if you don’t have it already. Those without instant access to late breaking news are bound to get trampled. 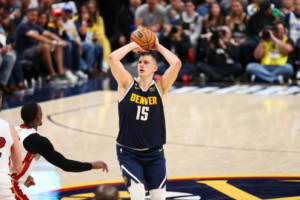 1. Minutes = Money: The most important thing you can do in NBA DFS is to know how much time the players you select are expected to spend on the court. The RotoGrinders Lineup Builder is a good place to find projected minutes for each player if you don’t know where to start. As a general rule we want to roster players who are expected to see significant playing time. Your player cannot accumulate fantasy stats from the bench. You’ll also want to know how many fantasy points he is expected to score per minute, as not all minutes are created equal. When in doubt, remember that minutes equal money and that playing time matters in NBA DFS.

2. Rely on Vegas: Betting markets will set a line each day for each NBA game in terms of total points scored. They will also handicap each team with a points spread. We can use these two pieces of information to generate an implied expectation of each teams potential as described by the Vegas lines. Placing your trust in the teams that are expected to score the most points is a sound strategy. You can find each teams implied total here on our Starting Lineups page.

3. Use a Lineup Optimizer: You’re probably smart. You might even be really smart. No matter how bright you might be, I’d bet big bucks that you can’t manually piece together the optimal combination of players (based on projections) as fast as a lineup optimizer tool. This type of application can be of great value. It can help you narrow down your player pool and then optimize a team based on your inputs. You can also quickly create multiple-lineups for use in tournaments. Using a tool like the RotoGrinders Lineup Builder, you can also export your lineups directly to DraftKings and FanDuel. It’s a phenomenal way to save time and organize your lineup building process.

4. The Value of Being Contrarian is Reduced: Highly contrarian strategies thrive on unpredictability. The NBA is relatively more predictable than other DFS sports. If this is true, then it stands to reason that being contrarian has a reduced value. Steer clear of being wacky and outlandish in your NBA lineup building process. Focus on the days best values as the core of both your cash and GPP lineups, and make your differentiation plays count. Getting extremely cute is rarely beneficial, and more often than not leaves you wondering why you didn’t just play the top values. There are exceptions to every rule, but just know that being overly contrarian is generally less forgiving in NBA DFS.

5. Understand the Concepts of “Floor” and “Ceiling”: We know that some players have a range of outcomes that is wider than others. Understanding the outer limits of this range is very important in NBA DFS. We can define the theoretical worst 15% and the best 15% of all possible outcomes as the outer edges of a player’s performance bell curve. For the purposes of “Floor” and “Ceiling” we really shouldn’t be looking at or considering those extremes. We’re really talking about that middle 70% of outcomes as the most plausible for a given player’s performance. The “Floor” is the lowest portion of that 70%, while the “Ceiling” is the highest. Our general goal is to seek players who can provide us both a high floor and high ceiling. If we can’t have both, then a good general rule of thumb is to err on the side of higher floors in cash games and higher ceilings in tournaments. There are plenty of tools out there that can help you understand a players Floor/Ceiling combination, and it is important for you to get a handle on this concept as soon as possible.