Hello from sunny SoCal. I want apologize for getting this article out late, but I arrived for the PFFC a day early and the StarStreet team has really shown us an excellent time. We’re still a day away from going to The Mansion for the final, but I can tell you the Playboy Championships are amazing events and I recommend you attempt to qualify. Now on to the selections. 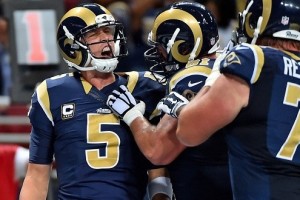 Nick Foles – Foles gets a Vikings team that has given up multiple TD’s to opposing QB’s in 10 of their 13 games this year and at least one score every game. He ended up with decent production in the horrible conditions last week and in the dome against a weak D there won’t be much stopping him from a big day.

Cam Newton – The Jets have given up 14 TD’s over their last 6 games to QB’s and Cam has 5 TD’s in his last 2 home games. People will be hesitant to play him after last week’s dud, but he has a much better matchup this week.

Shane Vereen – Vereen has consistently produced in his 5 games this year and the loss of Gronk means the Pats may need even more from him going forward. He’s just about must start on full PPR sites.

LeSean McCoy – Shady exploded for a monster game last week in what looked like a foot of snow on the ground. This week he goes indoors to face a Vikings D that has really struggled vs. RB’s. He has 2 multiples TD performances in his last 3 games and could make it 3 of 4.

A.J. Green – Green gets the Steelers on SNF, which doesn’t look like the best matchup if you’re looking at year long figures, but the Steelers have really struggled with WR’s recently. They have given up 8 WR scores in their last six games and Green should have over 100 yards and a score.

Antonio Brown – Brown has 3 100+ yard games and 5 TD’s since week 9 and gets a Cincinnati D that was just torched for 4 receiving TD’s last week. He’ll be targeted a ton and should produce a nice line.

Charles Clay – Clay is coming of a huge game and gets a Patriot’s D that has struggled to contain the TE position recently. Clay is huge part of the Miami offense and even gets the occasional goal line rushing attempt. There isn’t another TE with a chance at a rushing score that gets a ton of targets too.

Jordan Cameron – Cameron had been struggling in recent weeks until his big game against the Patriots. He’s the #2 TE on the year and I think Cameron he gets back to his #‘s from earlier in the season now that the Browns have some consistency the QB position.

Panthers – Carolina will be looking to bounce back after last week’s disappointing game and there isn’t a better way to do it than getting a Jets team at home that has been really bad offensively this year.

Chiefs – The Chiefs D really reestablished it’s self last week after a couple of down weeks and they get another great matchup vs. the Raiders this week. They should be able to put up a solid day even though they are on he road. 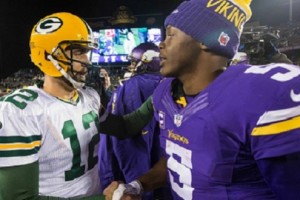 Matt Flynn – Flynn hasn’t produced much in his few games this year, but he has great matchup vs. the Cowboys and a very low price on most sites. He probably won’t get you 3+ TD’s, but even a 2 TD game with decent yardage would provide good value and there’s always a chance to go big vs. this Cowboy D.

Andrew Luck – Luck seems to have found something with the Colts getting more snaps to Da’Rick Rogers and Lavon Brazill and he gets a Houston D that has given up 12 TD’s in their last 6 games.

Eddie Lacy – Lacy is a bit of a risk this week since he is banged up and his production his dipped with Rodgers out of the lineup, but he gets the Cowboys with out Sean Lee and has a chance for a big day.

Alfred Morris – The Redskins have been off all year with RG3 at the helm, but I think they may go back to a run heavy team with Cousins at QB and be more efficient. He’s gotten limited carries over the past 3 weeks, which is concerning, but if the Skins don’t get down early he should get a nice workload vs. a bad Atlanta run D.

Torrey Smith – Smith was a huge disappointment last week, but that means his price is low for a great matchup vs. Detroit this week in what should be a nice bounce back game. Prior to the last 2 weeks the Lions had given up 12 TD’s to WR’s over their last 5 games.

Riley Cooper – Cooper gets a great matchup vs. the Vikings this week and he has a nicely discounted price in comparison to DJax even though Cooper has out scored him since week 9.

Cordarrelle Patterson – The Vikings have started to feed their rookie the ball more over the last few weeks and he leads the team in targets over that period, at nearly 7 per game. He gets a great matchup vs. an Eagles team giving up the most points to the WR position.

Delanie Walker – Walker is probable to return this week vs. a Cardinals team yielding the most points to TE’s on the year. Walker had a couple of nice games before his concussion and the Cardinals have given up an amazing 14 TD’s to TE’s.

Andrew Quarless – He broke out last week on 6 receptions for 66 yards and a TD and gets a nice matchup vs. the Cowboys. Flynn doesn’t have a strong arm and that sets up Quarless for another nice day.

Seahawks – Seattle isn’t the same team on the road, but they get Eli “Turnover” Manning and have the potential to be the top scoring Defense this week.

Jaguars – They get the Bills at home, who are one of the best teams to start a defense against and the Jags have put up some decent totals the last 4 weeks.