Over the holidays, a RotoGrinders community member hit it BIG using our free Lineup Builder tool. We want to not only recognize his achievements, but share a few of his tips and tricks with our fellow DFS Grinders.

We’d like to extend a HUGE congrats to “pimplyteen” (who plays as “schreiad” on DraftKings) for taking down more than $100,000 in the $5 Flea Flicker GPP. Not only did he crush a slate of NFL games, but he sent us this:

“I don’t play DFS professionally, but I do play a lot now and exclusively use your amazing Lineup Builder to make my lineups. It helped with the $5 Flea Flicker for $100k this past weekend, so it’s a pretty legitimate claim. No way could this have happened without the RotoGrinders Lineup Builder tool. ZERO chance.”

Let’s break down the tools and methods that drove his success:

Schreiad describes his GPP strategy as being “built to hit the upper side of lineup variance and go for the win, not a cash.”

Each set of lineups begins with a core group of players he selects based off the games with the highest scoring potential that weekend. He tries to keep the total cost of this core relatively low so that when he uses Lineup Builder to generate 100 lineups, he can get a great mix of players and even fit in higher priced studs with his central group. (Schreiad cautions to leave room for more than just scrubs after locking in a core set of players in Lineup Builder “or you can blank a position over 100 lineups really easily.”)

In all, his goal “is to get great locks picked and hope they all hit. If they do, then you have 100 chances to fill in the other positions – I call them ping pong balls – with studs. You have to get all the ping pong balls to win the big fields it seems like, and the last couple picks are the hardest to get.”

HOW HE USES LINEUP BUILDER, DETAILED

Schreiad shared a few additional pointers about Lineup Builder features that he used (and you can, too) to take down his six-figure payday, while also speeding up his lineup construction and entry processes:

— As mentioned above, schreiad starts by zeroing in on a core group of players. The particular week of his GPP takedown, it was a set of QB/RB/WR/TE/D made up of Bortles/Johnson/Robinson/Miller/Texans.

— Next, schreiad plays around with the variance and max exposure settings in the Lineup Builder to try and get a great mix of players. He points out how “If I scroll down to the bottom of the screen, I can see the total exposure across my 100 lineups, which is essential! For instance, when the settings generate 40% James White, it’s time to tweak it and run it again.” 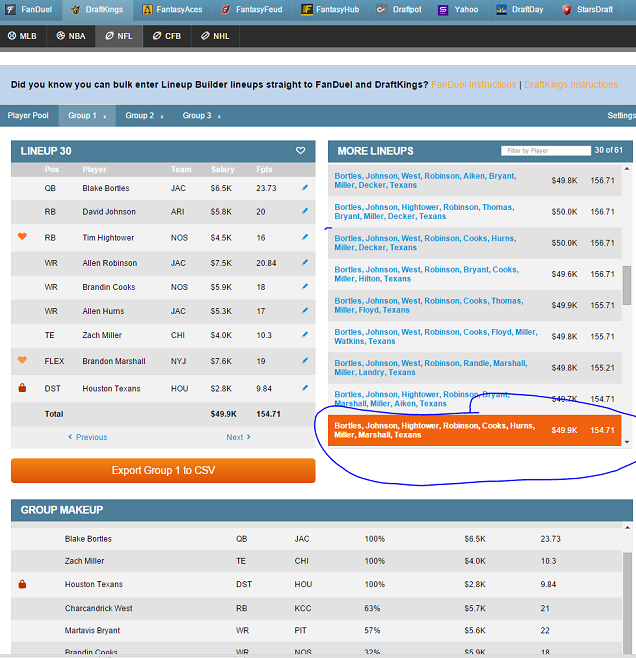 — One of schreiad’s favorite features is “how the Lineup Builder interface caches all of your exclusions, locks, etc. in the browser. This makes it SO easy to exclude 50% of the field and then generate lineups over and over – not even the same day, if you want to leave it and pick it up again later. You need to be on the same machine and the same browser, but it’s really reliable.”

— After he generates lineups with the Lineup Builder, he moves them to Excel and fine-tunes them. “I run some more calculations, pull players out, etc.,” he said. 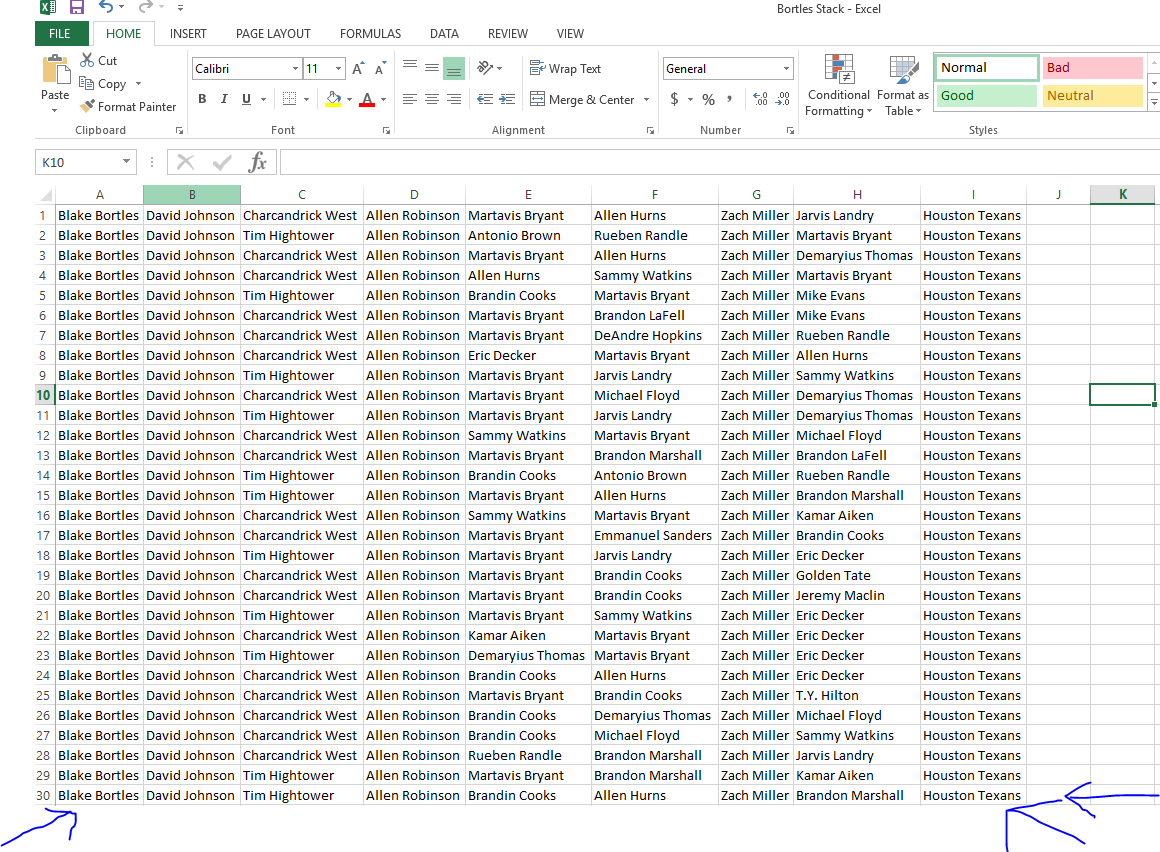 — “Next, I use the RotoGrinders script to import all the lineups into DK,” schreiad continued. “It’s much better to do as much work as possible before it all hits the site, because the DK interface is not that great for lots of different lineups once entered.”

— Once the lineups are in, schreiad’s only final adjustments necessary before gametime are based off injuries and last second swaps. 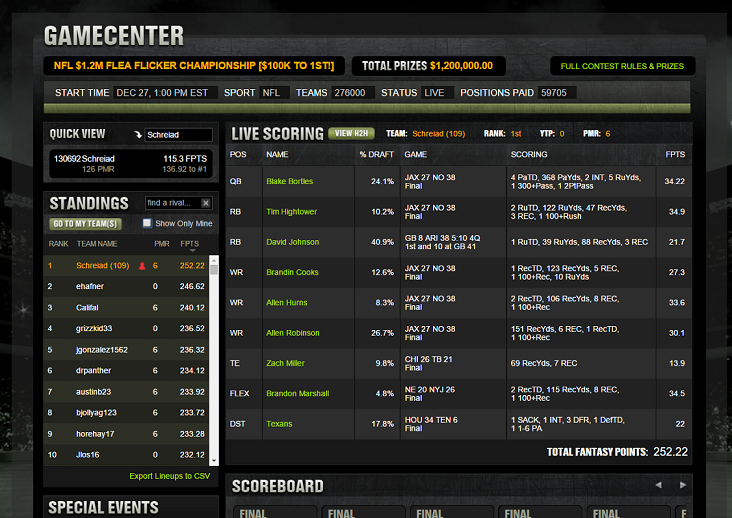 What do you think? Have you been using our Lineup Builder and Optimizer to build more (and better) lineups, quicker? Share your thoughts in the comments below and try out this powerful tool for yourself today!