The daily fantasy sports lobby on DraftKings is awfully sparse right now, with no major sports action in sight. One of the few sports still going is League of Legends, and it has become clear that those seeking action will need to get up to speed in a hurry on this suddenly very important e-sport.

This article is here for you to learn right along with me! I’ve been participating in the nightly DFS contests (you can find RG’s League of Legends LineupHQ here), and have been studying as much information as I can get my hands on to get myself ready to ramp up my play.

Below, you’ll find the most helpful tips I could compile to help you get started on your own learning. 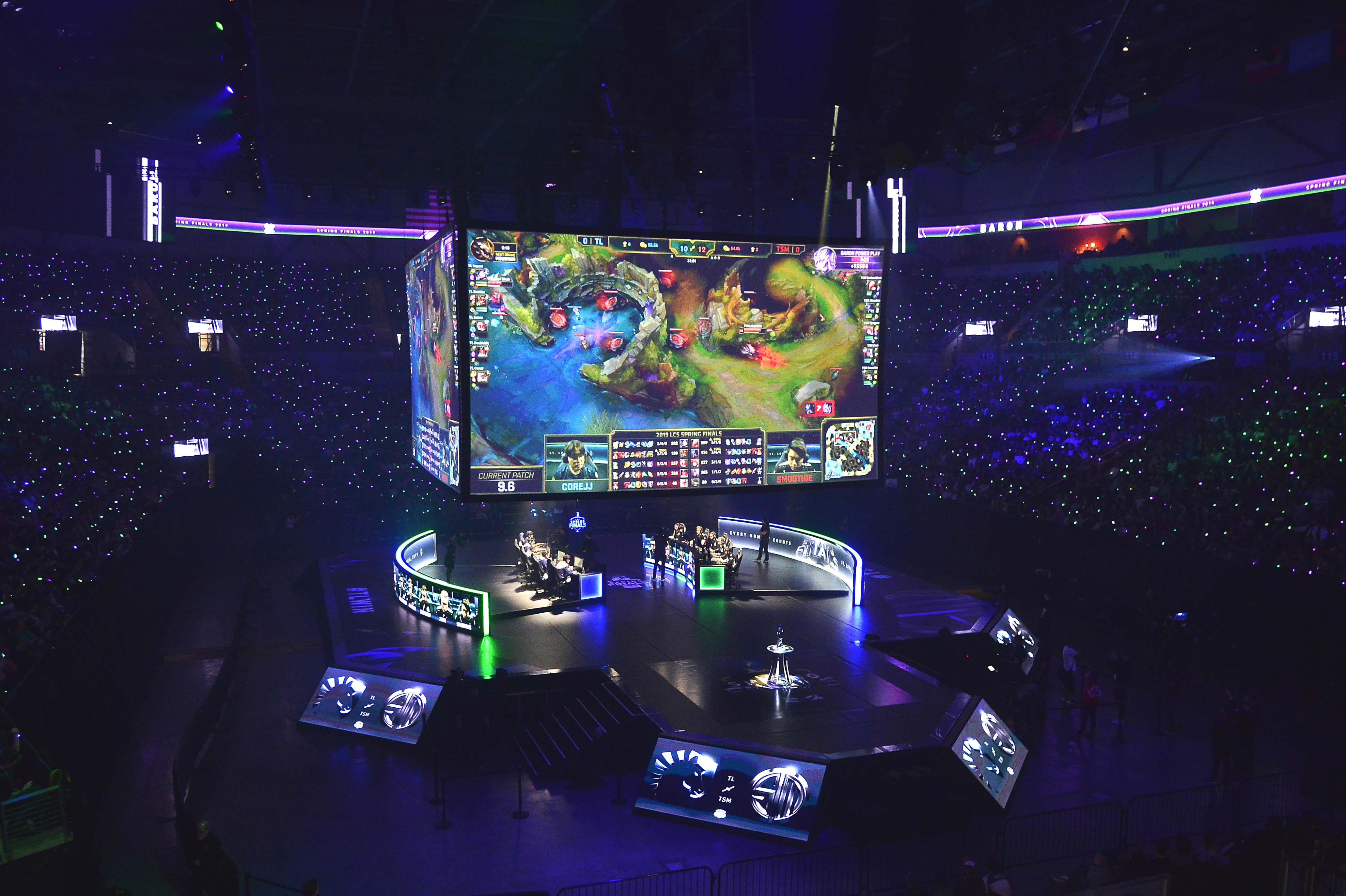 Know the Object of the Game

This is the shortest description of the game I could put together. There are plenty of nerdy nuances and deeper details, but this should get you started.

— Two teams of 5 compete to destroy their opponents and their “Nexus.”

— Each team has turrets that help protect them. Teams must destroy them.

— The interior “jungle” has various beasts (Dragons and “Barons”) that can be killed with benefits to the teams.

— Each team has minions that support them, and these two must be dealt with strategically.

— “Players” score points by killing the other team, assisting in kills, avoiding death, racking up creeps, and getting double-digit kills or assists.

— DraftKings uses a 7 position roster. The 5 main spots, plus a team slot and a “Captain.” The “Captain” slot increases a player’s salary but also increases their scoring output.

There are 5 “positions” in League of Legends and they all have a corresponding role to play in the game.

ADC – Stands for “Attack Damage Carry.” Without boring you, this guy is the primary killer of a squad. Easy to kill but has huge responsibility to help the team win.

TOP – This player will man the “Top Lane” and can have varying levels of attack responsibility.

JNG – Stands for “Jungler”. Moves between lanes killing beasts and looking for opportunities to help teammates obtain kills. Some Junglers take a more kill friendly approach than others.

MID – Another key attacker, this individual lurks in the middle of the map and has a high scoring potential via kills/assists.

SUP – Stands for support. This player’s primary role is to accumulate assists and help the ADC. This is a lower scoring role for DFS but they still matter.

Know Who is Playing Today

Starting lineups are important, as is the format of the specific series. It’s logically important to find resources that can confirm lineups, and here is what I have learned so far.

- League of Legends teams vary by location. Most teams don’t have common substitution of players, but this is possible.

- The Chinese league posts starters well before game time. Follow League twitter accounts, prominent personalities, and hang out in our “Discord” chat to stay in tune with any available confirmations.

We’ll be sure to find and post as much information on starting units as we can find for each match.

Know Who the Best Teams Are

Players that win their games are worth significantly more than players that lose. Therefore, it is to our advantage to understand who the best teams are and the specific advantages they hold against their opponent.

— Look up and understand the betting odds for the match.

— Know who the superstar players are for each league and which Teams have inferior talent.

Stacking teams is basically required in League of Legends due to the correlation that surrounds winning a match. Thus, stacking teams that will win makes sense. We’ll dig deeper into stacking strategy later, but just know you should be looking to correlate your lineups as much as possible.

Stack up your squad, especially in GPPs.

As Usual, Ownership and Differentiation Matters

One of the biggest advantages you can gain in any DFS sport is understanding how likely a player or stack is to be drafted, and comparing it to the odds that they will be necessary to emerge victorious in the GPP. You’ll also want to consider how common your method of roster construction will be as compared to your opponents.

— Overlap is an issue on shorter slates, and you’ll want to ensure you make 1 to 2 moves minimum in each lineup that could set you apart. This includes using low owned players/stacks, leaving salary on the table, and using an uncommon player as your captain.

— Using the 4-3 stack is common, but you can still elect the method until data can prove to us there is greater leverage in other constructions. Using a 3-3-1, 3-2-2, or 4-2-1 could have differentiation benefits when deployed carefully.

— Stacking the betting favorites is common, and there could be leverage in finding an underdog that outperforms expectation.

This isn’t some universal law. I’m just trying to help you transition to a new sport by thinking of it the same way as something you know. When a team is playing with the lead in NFL, they force their opponents back on their heels and they make mistakes. In LOL you find similar correlated scoring benefits via destroying turrets, obtaining creep points, and obtaining team wins. Here are a few beginner tips for selecting your TEAM.

— Heavy favorites are going to be on the safer side, and not carry as much risk of low floor.

— Favorites, in general, are going to be more popular.

— Paying down isn’t a bad thing, just like in the NFL. Finding a cheap winner can pay dividends.

Video Replays Exist Online, and Can Help You Learn

You can learn a lot from watching the replay of previous games, especially as we learn and improve our skills. #WATCHTHEGAMES

— You can get familiar with how the game works and pick up on common terminology.

— As you become more advanced, you can see which teams played better than their scoring or record indicates.

— You can identify or verify trends you may have seen in data to help determine the future performance of individual players.

We all know that stats lie and that more advanced play will require us to learn and create more advanced stats. For now, let’s take a look at some of the basics we can use to set a baseline for our future study.

— KDA Ratio: This is the kill / death / assist rate. We can use this to understand the scoring potential of a player, as a higher number (in appropriate sample size) is indicating a player who kills more often than he is killed by opponents.

— Kill Participation: When you expect a team to win, finding the players that participated in that victory with the highest rate of responsibility is probably good for DFS. A player’s kill participation rate is indicative of his share of team kills.

— Kills Per Game: It’s a counting stat, but tracking a player’s raw total of kills per game can at least tell us about their prior success. Context matters, but we can work on sorting that out once we know who’s been doing most of the killing thus far.

— Assists per Game: Tracking a player’s history of assists could be an indication of their skill in the right sample size. We’ll want to be factoring that in, especially when looking at positions that don’t normally come with big time kill stats.

— Deaths per Game: We don’t track this stat in the core professional sports for some reason. In League of Legends, all players will die at some point. Avoiding death usually means good things for the player and the team, and there is plenty of use in understanding who is hard to kill.