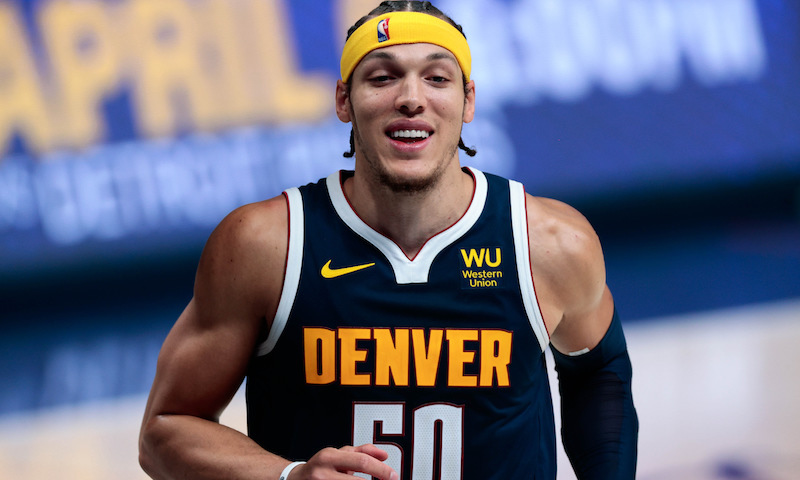 The Denver Nuggets are 7.5-point home favorites and the point total is 218 at online sports betting sites. Here’s a look at NBA odds and basketball betting picks for today, Wednesday, April 7th, 2021.

The Nuggets have been an entirely different team since the acquisition of Gordon. Gordon is a perfect addition for the Knicks, who are looking to make the playoffs for the first time in ages. Gordon is able to be the 4th real option on the offensive end and a shutdown defender when needed. The Nuggets have been playing some great basketball and have home-court advantage in this one, although they may be without Jamal Murray which would be a decent hit to this offense. The Spurs on the other side will be without Lonnie Walker and Trey Lyles and possibly be without Murray tonight which would be a huge hit to this team both on the offensive and defensive end of the court.

Plain and simple I think that this game is going to be low scoring and probably a blowout by the Nuggets. The Nuggets are playing at such a slow pace and if both teams are without their respective Murrays then that would be an even bigger hit. The fact of the matter here is that the Nuggets have the best home-court advantage in the league playing at altitude and although the Spurs are one of the best team in the league at covering on the road this season (13-6 ATS), I don’t think they have enough firepower to keep this game close.

In terms of prop bets for this game, there are a few that stand out to me here. First, the Jokic assist prop seems a little high here. on FD you can get the prop at -122 at o/u 9.5 assist and the RG projections currently have him projected for just over 7 assists. He may have hit the over in each of the last two game, but has not hit it in any of the prior 5 games and with the decent chance of a blowout I really don’t expect him to hit it here. Additionally, over on FanDuel Sportsbooks you can get his points prop at 23.5 at -112 where are RG projections have him projected at 27.86 points (with a likely bigger bump if Murray is ruled out).

In this game there isn’t a ton to love if Murray ends up playing outside of Jokic who grades out as one of the better spend ups on the slate with a massive ceiling on any given slate. If J Murray gets ruled out it would be a large bump to Porter, Gordon, and Barton who would all be in play. On the SA side of the game, if Murray gets ruled out in this game, it would immediately be a big bump for DeRozen and White, with Mills likely getting a few extra minutes.

NBA Odds Boost of the Day

Over on PointsBet, they have boosted Durant to score 20+ points from -130 to -110. The RG projections currently have Durant projected for 23.83 points, so this boost offers a decent amount of value here.