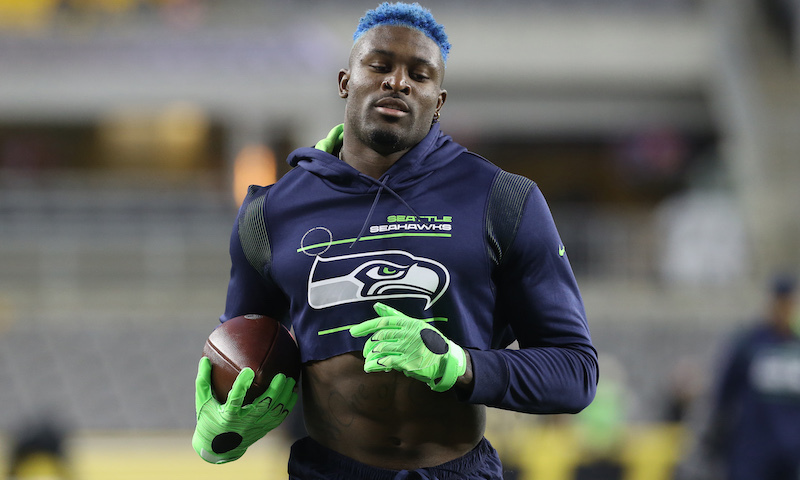 The New Orleans Saints and the Seattle Seahawks will conclude Week 7 of the NFL season on Monday Night Football at Lumen Field. In this primetime showdown, oddsmakers are expecting a relatively easy win for New Orleans, pricing the Saints as 4.5 point favorites on the spread. In the NFL, sides and totals are a saturated market, meaning that they are often completely stripped of their value by the time kickoff draws near. Instead of forcing action on big markets, NFL bettors may find better value on some player props this evening.

Let’s take a deeper look at the matchups and Saints vs. Seahawks player props to see where they can find value at sportsbooks for Monday Night Football.

Though Alvin Kamara has only hit this number once this season, the market price for this prop is not mispriced. If anything, the line should be higher. Kamara gets an extremely favorable matchup in this contest against a Seattle Seahawks defense that is allowing 4.4 yards-per-carry this fall. Kamara has rushed for 83 yards or more on three occasions this season against better run defenses. In a game script that is likely to favor the run, Kamara should see 20-plus attempts on the ground, of which he should have little trouble converting into a 100-yard rushing day.

Last week against the Pittsburgh Steelers, Alex Collins ran for 101 yards—his best day since 2017. Prior to last week, Collins had failed to eclipse 50 rushing yards in 11 consecutive appearances. On Monday Night Football, Collins has to deal with one of the best run defenses in football. New Orleans is only allowing 3.3 yards-per-carry on the ground this year. In a game script that is likely to have Seattle trailing, Collins is unlikely to see more than 14 carries. It is going to be extremely difficult for him to turn limited touches into more than 46 yards in this one. Take the under.

Metcalf has been Seattle’s leading receiver in each of their last four contests. He has at least one touchdown in four of the six games that the Seahawks have played this season. Tonight, he is likely to see a hea
lthy amount of coverage against one of the worst cornerbacks in the league, Paulson Adebo. Seattle is going to struggle mightily to run the ball in this one. Tyler Lockett is going to have his hands full with Marshon Lattimore for the majority of the evening. The Seahawks might not have many trips to the red zone in this one, but if they do find themselves near the goal line, it would be surprising if Metcalf was not targeted.

This prop comes with juice, but when sportsbooks are giving away free money, bettors should never hesitate to claim their cash. Marshon Lattimore has been arguably the best cornerback in the NFL so far this fall, which means that Geno Smith is likely to turn his attention to the other side of the field quite frequently tonight. Adebo has not only been one of the worst cornerbacks in the league this year, but he also has a painfully difficult matchup against D.K. Metcalf on Monday. Adebo is going to be targeted frequently. He is likely to allow at least a handful of catches. As long as he can keep Metcalf in front of him, he should end up with five or more tackles plus assists tonight.