The Future is Now - Week 4 NFL Futures Betting and Strategy 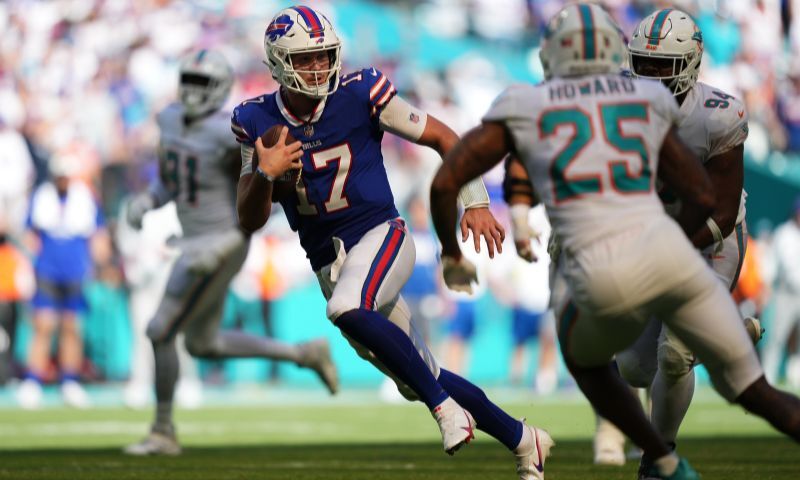 NFL futures betting is like the stock market. It’s less about what to bet and more about when to bet.

This article will focus on that concept. One NFL futures bet each week to play now based on current circumstances and one bet to wait on given a potential market shift.

Bet This in Week 4: Buffalo Bills to win AFC East

Miami outlasted Buffalo last week in an absolute war, propelling the Dolphins to sole possession of first place in the AFC East.

The Bills are still the favorites to win the division but the number has tumbled from around -400 in the market to as low as -240 at FanDuel Sportsbook. If you want a taste of Buffalo, this is your best shot.

Miami heads to Cincinnati on Thursday, a brutal turnaround for a defense that was on the field for 90 plays against Buffalo. The Bills are also on the road against the Ravens. Baltimore’s battered secondary should have a tough time slowing down Josh Allen and company.

This number likely gets back over -300 if Miami loses and Buffalo wins.

Don’t Bet This in Week 4: Garrett Wilson to win Offensive Rookie of the Year

A big preseason from Romeo Doubs pushed him ahead of Garrett Wilson for the third-shortest odds to earn top offensive rookie honors heading into the season. Wilson remains in fourth behind Doubs, Chris Olave and Drake London despite a massive Week 2 performance.

On what’s been the pass-heaviest offense in the NFL through three weeks, it seems like there’s value on Wilson to overtake the other young receivers. But that might end this week.

The return of Zach Wilson will likely (definitely?) spoil the New York offense. He won’t be slinging it around as often or as efficiently as Joe Flacco. Yes, it’s weird that replacing a 37-year-old Flacco with a second overall pick is bad for an offense. But that’s the case.

Maybe Zach Wilson will be good for Garrett Wilson. Let’s give it a week though. Barring injury to the Olave/London/Doubs trio, it’s likely Wilson will be sitting there around +1000 even if he crushes this week. And if it goes poorly? Don’t waste your money.