What is Game Theory? 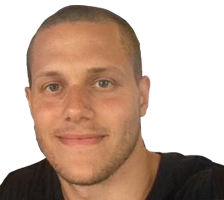 According to Investopedia, game theory is defined as “a model of optimality taking into consideration not only benefits less costs, but also the interaction between participants.”

There are a bunch of really useful examples of game theory that are quite common, but I like to make up my own illustrations that are less practical and sometimes difficult to understand. That’s what being a writer is all about.

So here’s my example.

Suppose you’re on a ranch in Texas and you’re in a competition to guess the color of cattle in a barn. Are there barns on ranches? Probably, right? Idk. But there’s a barn and there are 10 cattle in it. The cattle are trotting out of the barn one-by-one, and you’re asked to predict the color of each one—black or brown—prior to it leaving the barn.

Editor’s Note: This is one of the many valuable DFS lessons that can be found over at RotoAcademy. Click here to browse through all of our free/premium offerings and improve as a daily fantasy sports player!

So which color should you pick? If you’re trying to maximize the number of correct guesses, you should guess whichever color is the most common for cattle. I don’t know what that is—my Google search for “most common color of steer” didn’t turn up anything useful (one site said red, which seems…not right)—but let’s say it’s brown.

Let’s say 60 percent of cattle are brown, 30 percent are black, and 10 percent are rainbow. So if the game is purely about accuracy, you should select brown every single time. Maybe you’d shift strategies if like five straight black cattle trot out and you figure whoever owns this group of cattle has solely black ones. But if we assume a “random” distribution of cattle based on their actual real-life frequencies, it would make sense to guess brown each time to maximize the long-term hit rate.

This is effectively what we do in daily fantasy sports. We estimate the probability of a player performing at X level and Y cost (in terms of either his salary or the opportunity cost of bypassing him). We’re basically looking for quality odds on each player; in the definition of game theory, it’s the “benefits less costs” phrase.

This is typically how we assess ‘value’ in most situations: what’s the potential and what’s the cost? If the former exceeds the latter, there’s a positive expectation. When forced into a zero-sum game of competing minds, however, things change.

If you were to compete against even just a few other people in the insanely stupid cattle-color-guessing game, your “optimal” strategy would change based on what you know about their strategies. The question you should first be asking yourself is,

“What do my opponents know about cattle?”

If you discern that your opponents don’t know **** about cattle, your optimal strategy would almost assuredly be to guess brown each time. Unless your opponents do the same, you’d win more often than anyone else.

But what if your opponents are cattle ranchers and know everything there is to know about cattle, including their color distribution? Now we have a different ballgame because we need to consider not only how to maximize the chances of being right, but also the payoffs if we are right. And if the payoffs make up for taking on reduced accuracy, it might make sense to occasionally steer (great pun) away from brown.

Example. Let’s say you’re competing against four cattle ranchers and you each put down $100 in a riveting winner-take-all game of cattle-color guessing. You pretty much know each of them will select brown each time. Should you do the same, and if not, how often should you move away from brown?

So it’s pretty clear it makes sense for you to go against the grain with just a single choice (assuming you can predict your opponents’ actions).

Now what if you got word that one of the participants was planning to utilize the same strategy as you? Would it still be optimal to select black just once? In that case, you’d tie with him 300 times and lose 700 times—a gain of $75,000 (assuming you split the winnings) and a loss of $70,000 for a net profit of $5,000. One small change in the behavior of one opponent would cause your winnings to drop from $80,000 to $5,000, but it would still be the right choice.

Already, it’s clear you need to be concerned about your opponents in a game of this sort—which is basically a very dumbed-down version of DFS. What you really need to think about is 1) the size of the field, 2) how much better you can predict the future than them, 3) how they’ll act, and 4) the payoffs to you if you’re right and/or they’re wrong.

To demonstrate how the size of the field and your opponents’ anticipated actions can alter the optimal strategy, let’s extend the size of the player pool in the cattle-color-guessing game to 101—a field in which you predict 70 people will select all brown and 30 will pick nine brown and one black. It didn’t make sense to select black twice in the prior example, but what about now?

Let’s do the math. In this case, you’d beat everyone nine percent of the time (30 percent times 30 percent), and you’d lose to one of the two groups 91 percent of the time. That would gross you $909,000 and you’d lose $91,000 for a net profit of $818,000. Increasing the size of the player pool dramatically increases the value of being contrarian and using a “sub-optimal” strategy (one that’s sub-optimal in terms of maximizing accuracy, anyway).

At its core, I think game theory’s implementation into daily fantasy sports is pretty simple; we’re still dealing with benefits less costs, but we need to redefine ‘benefits’ and ‘costs’ to incorporate the various unique aspects of a zero-sum game of competing minds.

I’m going to try to help you do that, showing you how to properly use game theory in NFL. After reading this course, you’ll learn:

To read the rest of ‘Using Game Theory in Daily Fantasy Football’, you must purchase the course!