It was a who’s who of daily fantasy sports at the 2017 DraftKings Fantasy Football World Championship in Miami, Florida, with a huge number of top players in attendance.

chess_is_ok rolled out a Cam Newton, Devin Funchess, and Damiere Byrd stack and ran it back with Randall Cobb on the Packers side.

That cheap, underowned approach allowed him to fit in both Le’Veon Bell and Todd Gurley, who combined for over 78 fantasy points and helped chess_is_ok storm to the top of the standings by the end of the afternoon. 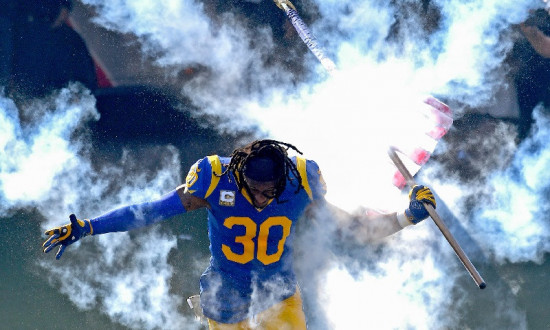 RotoGrinders’ own BigT44 (21st place for $80,000) and GrindersCal (40th place for $50,000) both had respectable showings with their single entries, finishing in the top 20 percent of the stacked field. Two-time live final winner and Ownership Report contributor, escot4, finished 53rd for $40,000.

Congrats to chess_is_ok for the big payday, and to all that qualified!

Did you miss the debut of the Sunday Sweat Show? Check out a replay of our interactive coverage of the FFWC and more below!