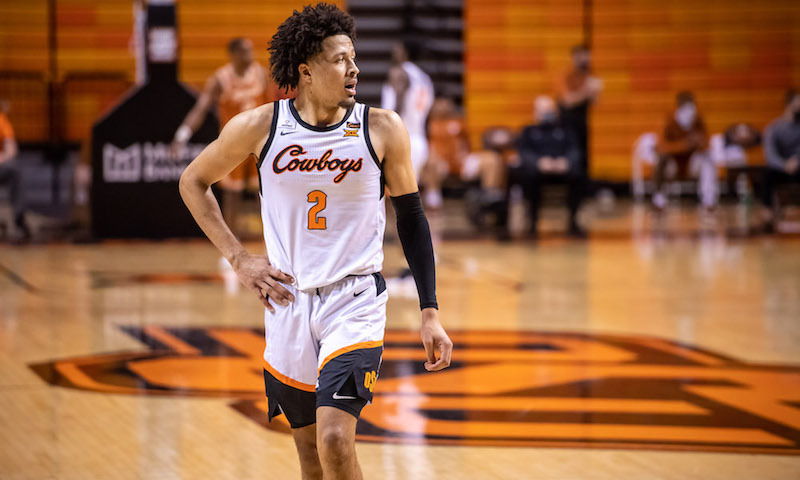 The NBA Finals are over but that doesn’t mean there’s a shortage of basketball betting opportunities. On top of the Olympics, sports bettors will have a chance to put down money on the 2021 NBA Draft this week. After an insanely profitable draft last year, our own basketball analyst Andy Means is back to break down all of the odds and some of his favorite picks ahead of Thursday’s big event.

How to Bet on the NBA Draft

The 2021 NBA Draft is scheduled for Thursday, July 29, and will be televised on ESPN and ABC at 8 pm ET.

With legal sports betting rapidly expanding across the U.S., there will likely be a historic amount of action bet on NBA Draft props between now and when the clock starts for the No. 1 overall pick, which the Detroit Pistons currently control — at least for now. Rumors are swirling that another team may try to move up and acquire the prized pick, but will the Pistons front office budge? Doubtful. Regardless of what happens with the top pick, it’s unlikely to change which player will be selected first on Thursday night (see below).

But before we get to all of that, make sure to sign up at some of the best online sportsbooks, like BetMGM, PointsBet, and William Hill. You’ll find a plethora of NBA Draft odds at each shop. Now here’s one of my favorite early picks, with odds accurate as of Monday afternoon. Check back as we update this page with NBA Draft information, news, and additional betting picks throughout the week.

There are some pundits out there that are saying this is the deepest NBA Draft since 2003. And whether or not that actually comes to fruition, it all starts with the top-heavy four of Cade, Green, Mobley, and Suggs.

While you might see some disagreement from a small minority that these will be the best players from this draft class 5-10 years from now, the vast majority has these four guys in their own tier when it comes to prospects in this specific class. So we should feel great about these guys going #1 through #4, but what about the order?

Well, in regards to Cade, I see him being listed as high as -10000 to go #1 (at PointsBet). So yeah, at this point, it’d be quite a shock to see him not go #1. Even if for some reason Detroit traded down, it’d be for a team that is moving up (and paying a boatload) to grab Cade.

And from there, things are actually shaping up to go pretty chalky as I sit here and write this on Monday afternoon. Let’s start with Green.

All signs are pointing to Houston taking Green at #2. Per ESPN’s Jonathan Givony (arguably the best draft guy out there), the Rockets haven’t even been able to bring in Mobley or Suggs for a workout. Givony is even saying that most NBA teams have Green going to Houston as “close to a lock”.

It makes sense too when looking at their roster, as they have Christian Wood locked up at a good number for another two years. So even if they have Green and Mobley very close on their “Big Board”, it does make a little more sense to go with Green here. And since the aforementioned reports have that very likely being the case, I feel really good about Green going #2.

The next two guys, Mobley and Suggs, line up perfectly for the respective teams at #3 and #4, Cleveland and Toronto.

Editor’s note: Not in a state with PointsBet? Don’t fret. Place your NBA Draft wagers at BetMGM if you’re in TN, PA, IA, MI, VA, DC, NJ, IN, or CO!

There are plenty of draft pundits out there that think Mobley is the best player in this draft, so Cleveland would likely be thrilled to get him at #3 to pair him with their Sexland backcourt, Collin Sexton and Darius Garland. It would get a little wonky on a possible Jarrett Allen extension, but it seems pretty safe to expect the Cavs to take the best player available here. Most would agree that is Mobley, and that is why most mock drafts have him going #3 to Cleveland.

Which leaves Suggs defaulting to the Raptors at #4. And I am not the first person to say this, but man does this feel like a perfect fit. Suggs could come in and play right away for Toronto, and he seems like just the kind of player that they would be more than happy to take even if he wasn’t the “best player available” at #4.

Why do I say that? Because all it takes is one hiccup to really mess things up if you take those bets individually. It’s silly to lay down that much juice on Cade going #1, so disregard that part of it. But what if someone trades up to get Mobley at #2? Then your Green at #2 bet AND your Mobley at #3 bet are toast, both of which would require you to lay some decent juice. Why not just play it all out at plus-odds on PointsBet to hit in this exact order?

As I have already alluded to, the one main way I see this going wrong is if someone (e.g. OKC and their war chest of draft picks) trades up to “get their guy”. Unfortunately, that is impossible to predict, as the vast majority of the rumors we see/hear is just a bunch of smoke being blown by front offices, agents, etc. I’m banking on the fact that, since these top four guys are the clear cream of the crop in one of the best drafts in recent memory, no team in the top four is going to risk missing out on them.

I feel like the best way to start out this blurb is by getting out of the way what worries me about the pick. And it’s actually quite simple: Jalen Johnson has a much higher ceiling as an NBA player than Corey Kispert. Johnson is 6’8”/6’9” and has the athleticism and potential skillset that just screams “modern day NBA”. Kispert is a fantastic player—don’t get me wrong—but Johnson’s best outcome as a professional basketball player is better than Kispert’s.

But for whatever reason, Johnson’s name has been dropping in mock drafts, while Kispert’s name has been rising. And this is actually the perfect time to remind you that I’m not here to break down a player’s skillset. I’m here to predict which team is going to draft which player, and then see where the best value lies in the betting markets. When I started really diving deep on draft research, Johnson’s name was a fixture in the lottery. And now, the draftniks whose info I put the most stock into have him falling outside of the lottery.

As for Kispert? His arrow has been pointing up the closer we get to the draft, as his name is now being attached to teams in the lottery (e.g. Pelicans, Hornets) that are in “win now” mode and want someone much more ready to contribute immediately. At 22 years old and playing on that phenomenal Gonzaga team last year, Kispert fits that mold. His shooting would certainly be a welcome (and needed) addition to those teams I just alluded to as well.

Ultimately, this is really nothing more than BetMGM probably just being a little slow to react to the updated information that is out there about the draft. For example, this bet was up on DraftKings on Monday morning for similar odds, and they have already taken it completely off the board. But as of Tuesday morning when I am writing this, you can still get +105 at BetMGM for Kispert to come off the board before Johnson. You might as well hop on now before they pull it off the board too!

I will reiterate one last time that this isn’t some surefire thing to happen. All it takes is one team to become overly tantalized with Johnson’s ceiling for him to get taken a little earlier than most are expecting (and thus, sooner than Kispert). But to me, it seems far more likely that Kispert comes off the board first. And since we can still get plus-odds on that happening, I think it is absolutely a worthy bet.

Player to be Drafted in Top 10 Picks: Moses Moody

I will preface this by saying that I know very little about Moody as a player. And as much draft content that I have consumed, it’s rare to find the draftniks spending much time talking about him. That being said, all we really care about in this space is which team picks him and how much money we can make on it.

So which team is going to take him? Well, amongst the people whose opinions I trust the most, his name is being overwhelmingly linked to the Orlando Magic at #8. And if for some reason he gets past that, I have also seen him linked to the Memphis Grizzlies at #10 (ya know, if Josh Giddey isn’t available).

Ultimately, +155 to go Top 10 is just too good to pass up for a guy who (in my opinion) is a heavy favorite to go #8. It would take a real shake-up in that #7-10 range (i.e. someone getting taken much sooner than projected) for Moody to drop past #10. As a result, I am definitely firing on this bet over on DraftKings at such favorable odds.

Thursday Morning Update: The latest ESPN Mock draft—updated Thursday morning—now has Moody outside of the Top 10 (#12, to be specific), with guys like Franz Wagner and Alperen Sengun bumping up in front of him. That, combined with the fact that this bet is now -105 on DraftKings, has me liking it much less than when I initially put it in here Wednesday morning.

Of all the mock drafts that I trust, not a one has Sengun getting past the Spurs at #12. On top of that, I’ve even seen his name as high as #9 to the Kings. Considering he has worked out for a handful of teams that are drafting before San Antonio (including the aforementioned Kings), it wouldn’t surprise me if he goes even earlier than #12.

Remember to check back through the week for more NBA Draft betting tips, and get access to Meansy’s full betting card for the 2021 NBA Draft at ScoresAndOdds!