Being Contrarian Without Being Stupid

If you want to win GPPs, it helps a lot if you have one or two guys on your squad that are very low owned and go off, or a chalk pick that you fade crashes and burns. 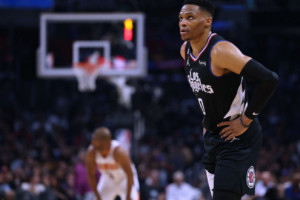 But when going through lineups, a lot of us chuckle at what seems to be other people’s failed attempts to be contrarian. Is drafting John Kuhn in NFL ever a smart pick (it isn’t)? How about choosing a few random NBA players that don’t seem to have glaring value to go against the grain? Do you always have to draft Russell Westbrook if Kevin Durant isn’t playing, or play a backup running back when the starter is suddenly out?

When you go contrarian, you can go two routes. You can use a low-owned athlete and/or you can fade a near universally owned player. Here’s how I generally decide between the two:

Best Case Scenario: You believe a player has a really high projection, but others in the DFS community won’t likely use him. Maybe it’s because he is just flying under the radar, or perhaps he had a bad game last game and people are unreasonably scared off of him. This would be the best case to go contrarian.

Unfortunately, these opportunities are not available every day, especially in the NBA. This sort of contrarian strategy is generally most effectively used in football in my experience. It’s often possible to use a few hidden gems but also stock your team with good, but chalky, picks and come out ahead. 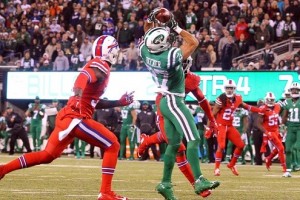 An example of this strategy in action was in Week 17. I had a Eli Manning stack (popular play) but it also had Andre Johnson (hidden gem) and Eric Decker (very hidden gem). I wasn’t fading the public at large with this play; I mainly just went with two off-the-wall players with high upside but filled the rest of the roster with typical public plays.

Good, Not Great Scenario: You believe one athlete is similar to another athlete, but won’t be widely as used. You have upside due to being different, but if you’re on the wrong end of the coin flip, you find yourself far behind.

The strategy is still worth exploring and can win you a GPP. This happens a lot in NBA in my opinion since most of the best value is widely used, so you have to resort to choosing a different high or mid-priced play from the crowd.

Being Stupid Scenario: In this scenario, you choose a player only because no one else will choose him. However, there’s generally good reason not to choose him. For example, in NBA, the player might still be somewhat injured and playing reduced minutes. It’s sometimes hard to differentiate this scenario from the ‘Good, Not Great’ one, but that’s where the skill in DFS often lies!

Fading a Highly Owned Play: The Fade The Public Approach

Instead of going after hidden gems, you may instead focus more on fading a few popular picks. You may believe the players are overhyped and overpriced. In NFL, popular picks are rarely above 25%, so this strategy doesn’t help quite as much. However, in NBA, many times a certain player is 40% owned or more.

Best Case Scenario: In the best case scenario, you think a popular pick is flat-out overpriced. The player has had 3-4 great games in a row, so the algorithms have caught up. There are plenty of other options that are slightly cheaper that can provide value. 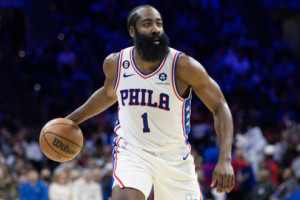 Generally, in this scenario, you’re fading a fairly high priced player, so if he nosedives, he’ll tank most of your opponents’ lineups (whereas a ‘meh’ performance from a min-priced player doesn’t hurt your opponents as much). An example of this would have been fading James Harden in the game right before the All-Star break, where he was generally 50%+ owned since he had back-to-back performances of 70 fantasy points or more.

You don’t necessarily have to opt for a “Hidden Gem” as well in this strategy. You can fill your roster with generally popular plays, but you avoid one or two of them that you hope crash and burn.

Good, But Not Great Scenario: This is basically the mirror of the “Hidden Gems” strategy I mentioned before. You identify an athlete that is highly owned and a comparable one that is low-owned, and roll with the lower-owned option. You’re playing the fade game and hoping to win a coin toss.

Generally, using an average value player that is low owned isn’t a great strategy to win a GPP unless it’s part of a fade the public play. So that’s why I’m listing it under both the “Hidden Gem” and the “Fade the Public” approach. There generally isn’t a great reason to just use a random, low owned player unless you think he’s a hidden gem or as part of a “Fade the Public” play.

Being Stupid Scenario: In this scenario, you fade one or more clearly solid plays and use replacement players that have far lower projections. An example would be fading Russell Westbrook when his salary is lowish (around $10,000) and Durant is suddenly out on a small NBA slate. Yes, Westbrook will be near 70%+ owned. However, there are also very few options to replace his value, his ceiling/floor are both high, and in this scenario his price isn’t that high (so he’s still a very good $/point value).

Identifying a hidden gem or fading the public successfully can certainly help you win a GPP. In general, I favor the hidden gem approach more with NFL and the public fades with NBA. Just remember, there’s a fine line between being contrarian and being stupid sometimes. Don’t just choose low owned players or fade popular plays for the sake of it!