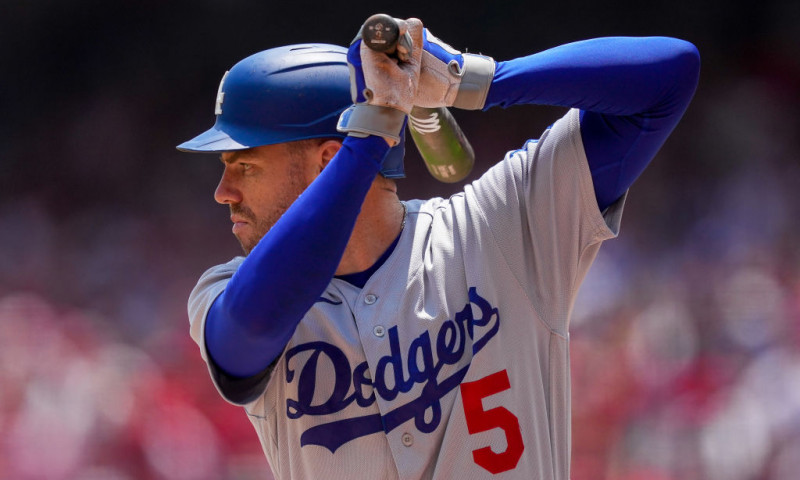 On Wednesday evening, the Atlanta Braves and the Houston Astros will play Game 6 of the 2021 World Series at Minute Maid Park. The Braves erupted for five runs in the first three innings in Game 1 en route to a 6 to 2 victory. The Astros scored five runs in the first two innings of Game 2 on their way to tying up the series. In Game 3, Ian Anderson threw five no-hit innings, and the Atlanta offense scraped across two runs to swing the series back in their favor. Game 4 was once again low-scoring with the Braves narrowly securing a 3-2 victory to bring them within one game of winning the title. Atlanta appeared on their way to ending this series in Game 5 after scoring four runs in the first inning, but Houston erased that early deficit in an eventual 9-5 victory. This evening, Atlanta will send Max Fried to the hill as they look to secure their first title since 1995. Houston will counter with Luis Garcia on short rest. Oddsmakers are expecting there to be a Game 7, pricing Houston as -130 home favorites on the money line.

Let’s take a deeper look at the matchup to see where MLB bettors can find value at sportsbook for Game 2 of the World Series.

Braves Lean on Fried in Game 6

In 28 starts during the regular season, Fried posted a 3.04 ERA, 3.49 xERA,
and a 3.31 FIP. He was even more dominant after returning from the injured list at the beginning of May with a 2.44 ERA and a 3.09 FIP across his last 25 outings. In his last 12 trips to the mound during the regular season, Fried delivered 12 quality starts, including a 1.56 ERA and a 2.65 FIP. In the division series, Fried held the Milwaukee Brewers scoreless across six innings of work. He was similarly excellent against the Dodgers in Game 1 of the NLCS, holding them to only two earned runs in six innings for his 14th straight quality start. Fried was tagged for five earned runs in his second start of the NLCS against Los Angeles, and then hit around for six earned runs in Game 2 of the World Series. Fried was one of the most dominant pitchers in the league during the second half of the campaign. Though he has struggled in his last two outings, Fried is still a fantastic option for the Braves as they attempt to win a championship tonight.

Against right-handed pitching in 2021, Atlanta ranked sixth in OPS, fourth in ISO, 13th in walk-rate, and 23rd in strikeout percentage. Eddie Rosario, Freddie Freeman, Jorge Soler, and Austin Riley have all been tremendous this postseason, each posting an OPS of .804 or better. Garcia, who has been extremely inconsistent this October, presents a favorable matchup for a Braves offense with plenty of power from top to bottom in the order.

Manager Brian Snitker has been recklessly aggressive with his top bullpen options this postseason, but it has his team one game away from winning a championship. Tyler Matzek has appeared in 12 of Atlanta’s 15 playoff games. Luke Jackson has been called upon 11 times. Will Smith has made nine trips to the mound. Bettors can confidently assume that Matzek, Jackson, and Smith will find their way into tonight’s contest. They have combined to allow only eight earned runs in 32.1 innings this October. If Fried can last six innings in this one, Atlanta will be well positioned to end this series in six games, as we predicted in our World Series preview.

Garcia had a 3.30 ERA, 3.98 xERA, and a 3.63 FIP for the Astros in 155.1 innings of work during the regular season. Fortunately for Houston fans, he was significantly better at Minute Maid Park than he was when pitching on the road this year. In his only start of the division series against the Chicago White Sox, Garcia was tagged for five earned runs in only 2.2 innings on the road. Pitching at home in Game 2 of the ALCS, Garcia was blasted for five earned runs in one inning of work against Boston. Yet, Garcia has been a completely different pitcher in his last two outings—allowing only one run across 9.0 innings. Garcia is an untrustworthy option for bettors in this one, but his recent success on the mound should translate well to his home ballpark, where he has been strong this season.

Against left-handed pitching in 2021, Houston ranked fourth in OPS, fifth in ISO, 14th in walk rate, and had the best strikeout percentage of any team in the league at the plate. The Astros saw Fried extremely well in Game 2, jumping on him for six earned runs during the first five frames of the game. In that game, only Alex Bregman and Yordan Alvarez went without a hit. Six different players drove in a run. Fried is unlikely to be as bad as he was in Game 2, but Houston’s lineup is certainly capable of making life difficult for the southpaw on the mound once again.

Houston’s relief unit has been much better than anticipated so far this postseason. Ryne Stanek, Phil Maton, Kendall Graveman, and Ryan Pressly have formed a dominant foursome at the backend of this bullpen. The foursome has allowed only six earned runs in 40.2 innings of work during this postseason. Having yesterday as a rest day, Manager Dusty Baker is likely to make sure that each of these four arms find their way into tonight’s ballgame. If Garcia can last even three or four innings in this one, the Astros bullpen should do their part to keep this game low-scoring.

Atlanta has a significant starting pitching advantage in Game 6. Though Fried has struggled in each of his last two starts, he is capable of a far better performance tonight. Bettors would be wise to bet on positive regression from Fried and for Atlanta’s talented backend combination of Tyler Matzek, Luke Jackson, and Will Smith to deliver a win this evening.