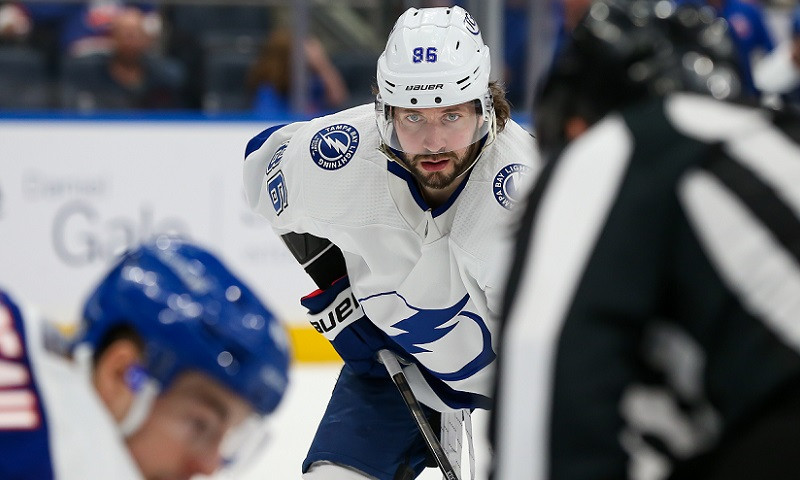 The Tampa Bay Lightning will head to Amalie Arena on Wednesday afternoon sitting just three wins away from hoisting the Stanley Cup for the second consecutive year. After cruising their way to a 5-1 victory in Game 1 on Monday night, the Lightning are rather obviously heavy betting favorites again in Game 2 (opening as -200 moneyline favorites at BetMGM Sportsbook). Has the magical playoff run of the Montreal Canadiens finally run its course? Unfortunately for those north of the border, things just are not looking overly promising.

Aside from a few big moments, former Vezina winner Andrei Vasilevskiy did not look overly sharp at times in Game 1… but he did not need to be as Montreal managed just 19 SOG in the game. A quick glance at some of the advanced metrics would potentially lead an analyst to think the series opener was closer than the 5-1 margin would indicate, but that is not really the case as Tampa was pretty much dominant in both the first and second periods before taking their foot off the gas after regathering a two-goal lead just two minutes into the third period (ie: 57.4 CF% and 70.0 HDCF% through two periods). These teams obviously did not square off during the regular season this season, but Tampa did win all four meetings in 2020 (by a combined score of 14-6). While the merits of putting much (if any) weight behind results from last season can certainly be debated, it’s obviously not a place ‘Habs fans can go to draw newfound hope.

A major factor behind Montreal’s surprising run to the Stanley Cup Finals has been their incredible (and likely unsustainably so) penalty kill thus far during the Playoffs.In fact, prior to Game 1, they had killed off 30 consecutive penalties heading into the series opener. With Stamkos and Kucherov back in action for Tampa, their power-play is as dangerous as it gets, and they proved it with a first period power-play goal in the opener. Tampa has now scored 21 power-play goals in just 19 games during these playoffs (37.5 PP%). Kucherov and Stamkos may not be at full health just yet, but they are still logging major minutes on a nightly basis…. And consistently doing a ton of damage when on the ice, particularly when Tampa Bay has the man-advantage.Another sign of trouble for Montreal is that the young trio of Cole Caulfied, Tyler Toffoli and Nick Suzuki were largely held in check in Game 1. They were held off the scoresheet, managed just three total shots on net between them, and were on the ice for three of Tampa’s even-strength goals. If Jon Cooper and company can find a way to keep them bottled up again in Game Two, things will quickly look bleak for the Canadiens’ ability to keep up offensively with the high-flying Lightning.

Tampa Bay is averaging well over four goals per game at Amalie Arena during the playoffs this postseason (4.20). During the regular season, they owned a 21-7-0 home record and their 3.46 goals per game on home ice was the 4th-highest mark in the league. Meanwhile, the Canadiens struggled their way to a rather ugly 11-10-7 road record. Tampa is 7-3 on their home ice this season during the playoffs and only once have they failed to cover the -1.5 line during that span (their 1-0 victory in Game 7 against New York being the only exception). Currently, Tampa Bay -1.5 is offering +135 odds and that might just be my favorite bet on the board.

It was made clear from the opening puck drop of Game 1 that Tampa Bay’s forwards were going to do everything in their power to work for position to get right in front of Carey Price and disrupt his vision and look for deflections, regardless of the damage they may take in return. Throughout the game, Montreal countered this move by sending all five defenders deep into their own zone, which left a ton of room for the Tampa blue-liners in the offensive zone.

While it did not pay major dividends for any of their defenseman in the opener (Erik Cernak did grab a power-play goal while Mikhail Sergachev also picked up an assist), affording that kind of time and space to talented defenseman like Victor Hedman and Sergachev is a dangerous proposition. Neither will be heavily used in the captain position on this showdown slate, but both have tremendous upside if Montreal continues to drop five defenders below the faceoff circle. Hedman is the preferred option of the two as he’s in the midst of another terrific post-season that has seen him rack up 16 points through the first 19 games (despite an unsustainably low 2.2% shooting percentage – Just one goal on 45 SOG).