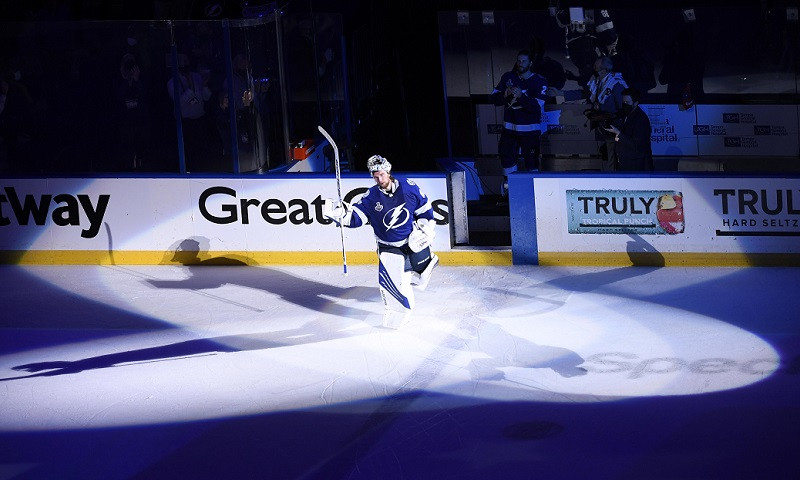 For the first time in 28 years, the city of Montreal will play host to the Stanley Cup finals. After the Lightning jumped out to a 2-0 series lead after a pair of games in Tampa Bay, the scene shifts to Canada’s capital with the Canadiens in, by all likelihood, a must-win situation this evening.

After a somewhat lopsided Tampa victory in Game 1, Montreal looked more prepared and dangerous in their second battle on Wednesday night. They outshot the defending champs by a 43-23 margin, owned a 59.29 CF% (in all situations), and produced ten high-danger scoring opportunities in the process. The problem = Andrei Vasilevskiy. The former Vezina winner was sensational once again and will now take the crease tonight owning a rather ridiculous 1.89 GAA and .939 SV% in 20 starts this post-season. For that reason, Game 2 was both encouraging for the Montreal faithful all while also being disheartening in the same manner given they outplayed Tampa and still ended up on the losing side of things.

In any other year, the Bell Centre would be absolutely rocking this evening and a sight to behold for all hockey fans in their long-awaited return to the Stanley Cup Finals, but the Canadian government has put a damper on the party by denying the Canadiens’ request to increase the allowed capacity. The streets outside the Bell Centre will certainly be bumping, but with only 3500 fans permitted to enter the arena, the true home-ice advantage will be limited to some degree….. and that’s absolutely noteworthy for sports betters.

Montreal deserved a better fate in Game 2, but aside from one somewhat fluky goal off the stick of Nick Suzuki, they simply couldn’t solve Andrei Vasilevskiy. While venue change to the Bell Centre should give them some added energy, I still believe Tampa’s superior talent will prove too much for them to overcome. Jon Cooper and company will have had 48 hours to make the necessary adjustments and I think we see a much more inspired effort from the Lightning. I expect Montreal to come out of the gates with all kinds of intensity, but if the Lightning can survive the first ten minutes unscathed (and Vasilevskiy gives me confidence that they will), then I expect all momentum to shift back in Tampa’s favor. I’m more than comfortable backing the Bolts once again at just -135 ML.

With this series potentially just two games away from being wrapped up, now is the time to get any futures bets placed. Of them all, the biggest and most intriguing of the bunch is who will be named the Conn Smythe winner as the Playoff MVP.

The current front-runner is the aforementioned Andrei Vasilevskiy (currently -225 at BetMGM). His playoff stats were mentioned above so this shouldn’t be too surprising to anyone who has been watching these playoffs. If you firmly believe Tampa will roll into Montreal, win a pair of games and hoist the Cup over the weekend, then this is the bet for you.

With that said, we haven’t seen a goaltender win the Conn Smythe Trophy since 2014 (Jonathan Quick) and it’s only happened seven times since 1988. Vasilevskiy is certainly deserving, but as such a heavy favorite, there looks to be some potential value on the board here. When making futures bets, I only do so when the front-runner seems a bit too heavily favored, and that’s the case here.

Nikita Kucherov (+250) – What Kucherov has done this post-season is low-key amazing. After missing the entire regular season, and potentially playing the last several games with broken ribs, the superstar has announced his return in style by leading the league by a wide margin with 30 points in 20 playoff games. If he keeps rolling at this pace and Vasilevskiy has even one off night, +250 is going to look like a steal.

Carey Price (+800) – Look, if Montreal comes back from this 2-0 hole, then Carey Price has done something special. With Tyler Toffoli and Nick Suzuki leading Montreal with “just” 14 points through 19 games, I think Price becomes the obvious MVP choice in this scenario. With that said, you can also land +900 odds on Montreal to win the series, and those odds are obviously more advantageous if you’re looking to go that direction.