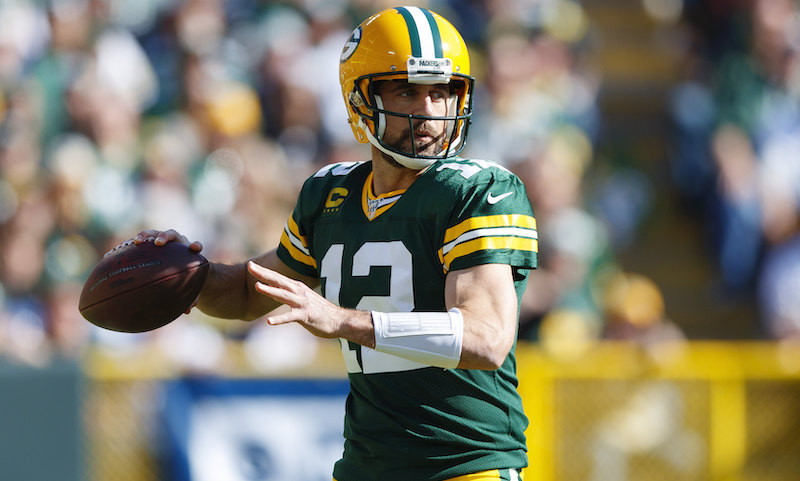 The Detroit Lions and the Green Bay Packers will each be seeking their first win of the fall at Lambeau Field on Monday night. Oddsmakers are anticipating the Lions to still be winless on Tuesday morning, pricing the Packers as nearly two-touchdown favorites on the spread.

In Week 1, Jared Goff and the Lions trailed by 21 points at the half against the San Francisco 49ers but rallied to make things interesting in the closing minutes. Penei Sewell, the seventh overall selection in this past summer’s draft was excellent in Week 1 at left tackle. Frank Ragnow looks poised for another elite year as arguably the best center in the league. Still, the right side of the Detroit offensive line is vulnerable. It would not be surprising at all to see Green Bay attack Matt Nelson and Halapoulivaati Vaitai with aggressive blitz packages from the opening snap of the game.

It is difficult to argue that there was a team worse than Detroit on the defensive side of the football in Week 1. San Francisco had 31 points on the board before the half, and if not for an ultra-conservative second-half game plan, likely would have hit 50 with ease. Amani Oruwariye and Ifeatu Melifonwu practiced social distancing all-game-long against the 49ers receivers. Davante Adams and Allen Lazard had sub-par performances to open the campaign, but they should have little trouble creating space against an incredibly weak Detroit secondary unit.

In their season opener, Green Bay’s offense was completely neutralized by a ferocious New Orleans Saints defensive line. Elgton Jenkins was the only reliable member of an offensive line that delivered a terrible performance, both in terms of run-blocking and pass-blocking. Per Pro Football Focus, Aaron Jones averaged only 1.3 yards per carry before contact in the loss. Aaron Rodgers was pressured over a dozen times, hit six times, and sacked twice. Expect him to have a huge bounce-back performance on Monday Night Football against a Lions defense that allowed 442 yards of offense to San Francisco.

The Packers allowed Jameis Winston to throw five touchdowns last Sunday. Winston followed up that performance with 111 yards, no touchdowns, and two interceptions in a 26-7 loss to the Carolina Panthers in Week 2. Goff should have little trouble putting points on the board in this one. Other than Preston Smith, it is unclear who Green Bay expects to generate pressure on opposing quarterbacks this year. Despite Detroit’s vulnerabilities on the right side of their offensive line, it is doubtful that this defense is going to do much to disrupt the Lions’ offense on Monday.

In Week 1, the 49ers and the Lions combined for 41 points in the first half and 74 points total. Detroit had no answer for anything that San Francisco deployed offensively, but the Lions’ offense proved themselves capable of staying competitive in a game—even if they have to do it solely with their offense. Green Bay allowed 17 first-half points to New Orleans and another 21 in the second half. Rodgers and the Packers failed to get anything going on offense in that contest, but they should have many more opportunities to score points against a far-weaker Detroit secondary unit. Bettors should expect a lot of scoring right from the opening kickoff on Monday night.

The over has a great chance to hit in this game between two capable offenses and two beatable defenses.

In Week 1, Jared Goff and the Detroit Lions trailed 31-10 at the half, which demanded a pass-heavy game plan in the second-half. Goff finished the game with 338 yards passing on 57 attempts. While it would be surprising to see Goff throw the ball 57 times on Monday, it would not be surprising to see Detroit trailing early in this contest, which would once again lead to a healthy amount of passing attempts. In the season opener, Goff totaled 338 yards against a stout San Francisco 49ers defense. Tonight, even with less pass attempts, garnering 258 yards should be relatively easy against a Green Bay secondary featuring Kevin King and Darnell Savage. Even in a more run-heavy offense in Los Angeles in 2020, Goff eclipsed 252.5 yards passing in eight of the 15 regular season games that he saw the field.