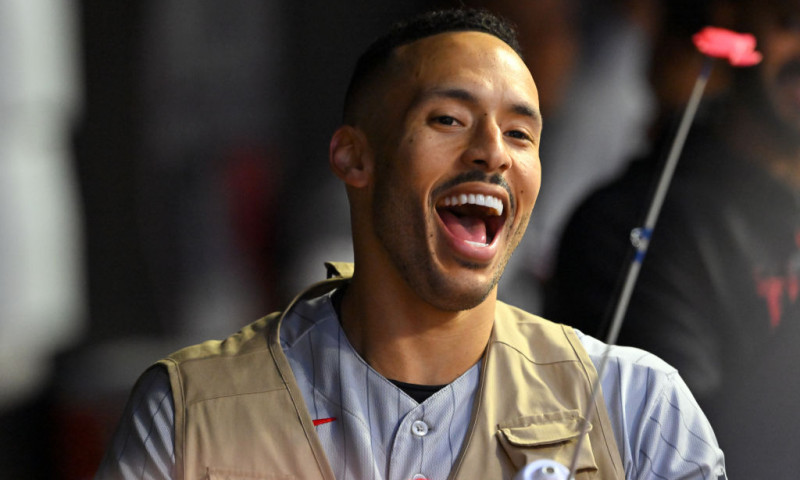 The ALCS begins Friday night, pitting together the dark-horse Red Sox with the perennial-contender Houston Astros. Veteran ace Chris Sale takes the mound for Boston, while Houston counters with Framber Valdez as its No. 1 while Lance McCullers nurses a forearm injury.

What do we expect from this game? The Red Sox have gone on multiple hot streaks this year, and they’re currently riding one right now after beating their divisional rivals the New York Yankees and Tampa Bay Rays in consecutive series. Through five playoff games, Boston has seven different players with a home run (four with at least two), and nine different players with at least five hits. Kiké Hernandez leads the 2021 MLB postseason with 10 total hits.

But the Astros are, once again, a powerhouse. Houston finished the regular season with the MLB’s best batting average (.268), best OBP (.340), and most runs per game (5.68). The ‘stros also held the second-best run differential (+205) in the majors, and ranked sixth in staff ERA (3.78). This is Houston’s fifth consecutive playoff run, and fifth straight year winning at least one postseason series. The Astros beat the White Sox in the divisional series, now it’s looking for a victory over the familiar-foe Red Sox, who are managed by former Houston coach Alex Cora.

Let’s face it, this game is going to be too tight to bet on the run line, moneyline, or over/under. This feels like the perfect time to dive deeper into the game with PointsBet’s Same Game Parlay feature, which allows us to construct our own in-game parlay with various props related to the game.

Let’s get right to it, and make some money on what should be a truly entertaining Game 1!

Hot bats have carried the Red Sox to this point in this season, so who am I to bet against them now? Framber Valdez enjoyed a breakout season, but he’s not an ace just because he’s trying to fill an ace’s shoes. Valdez actually enjoyed a superb first half of the season (7-2 in June/July, 2.98 ERA in first half of season), but he has regressed in a major way since September. In the last two months of the regular season, the 27-year-old went just 4-4—and his ERA/WHIP in September/October were 3.94 and 1.348. Valdez allowed four runs on seven hits in Game 2 of Houston’s ALDS against the White Sox, so I have no doubt the more experienced Red Sox will plate at least four runs on Friday night.

Maybe this is too much of a lock to include, but with parlays you need a solid foundation of probable checkmarks. Kike has been the strongest hitter in baseball this October, with an MLB-leading 10 postseason hits. The veteran second baseman logged two homers, four runs, and six RBI in the ALDS against Tampa, and finished the series win with an unfathomable OPS of 1.329. With Valdez faltering a bit as of late, I like Hernandez’s odds of getting at least one hit. If you’re more of a higher risk-higher reward type of guy, you might even be interested in betting him to record two hits, which PointsBet currently lists at +230 as opposed to the -230 one-hit prop.

I already established that I think Valdez will endure some troubles this evening, and I like Boston to score at least four runs. Well, I also like Houston’s dynamic offense to put up some runs. Chris Sale looked awful his last time out against the Rays—he lasted just one inning, surrendering five runs on four hits and a walk, and only struck out two batters. The Astros have a vastly better lineup than Tampa Bay, so I’m pretty confident we will see five total runs on the board by halfway through this game.

Okay, now I’m just getting straight-up crazy. In order to boost our total parlay odds from +233 to +739—increasing our potential payout by over $565—I added the first-inning UNDER on the total of 0.5 runs. That’s a fancy way of saying I expect no scoring in the first inning. Both these pitchers generally start off strong, but often run into issues against elite offenses the second time around the batting order. Sale owns a 1.00 ERA in first innings this season, a 3.00 ERA in second innings, and a 5.40 ERA in third innings. Valdez, meanwhile, has a 2.45 ERA and .169 batting average against in first innings, but a 5.73 ERA and .289 BAA in second frames. The bleeding will happen, it just won’t happen right out of the gate.