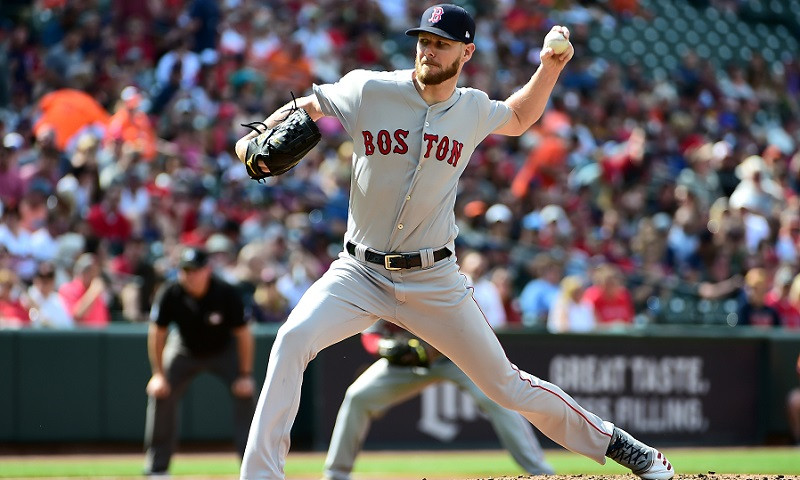 On Friday evening, the Boston Red Sox and the Houston Astros will play Game 1 of the American League Championship Series at Minute Maid Park. Boston will be making their first trip to the ALCS since 2018. Houston will be appearing in their fifth consecutive ALCS.

Let’s take a look at how these rosters break down to see who has the edge in this series.

Expect fireworks from the bats in the ALCS. The Red Sox and the Astros were two of the best offenses in the league for the entirety of the regular season. Low strikeout-rates, disciplined veteran hitters, and plenty of power should make for plenty of run-scoring opportunities over the next two weeks. Boston is likely to have the advantage at the plate, only because they will have more favorable matchups against opposing pitchers.

Both of these teams used only three starting pitchers in the division series, but the scheduling of the seven-game series necessitates both of these rotations being four-deep. Boston has two dominant options with Rodriguez and Eovaldi, and a third option in Sale, who is capable of dominance, but still appears to be working his way back into game-condition after missing over a year due to injury. The Astros were set up well for this series, but the news that Lance McCullers Jr will be left off of the ALCS roster significantly hinders Houston’s rotation depth. The initial plan would likely have been to use Greinke, who was used primarily in the bullpen down the stretch, in Game 4. However, Greinke is now a likely candidate to start Game 3 with Cristian Javier being an option to start Game 4 as an elongated opener. Jose Urquidy could also factor into the mix, but has not pitched since October 3.

The Red Sox seem content to utilize Tanner Houck and his nasty slider out of the bullpen this postseason. In Game 2 of the division series, he was the savior, relieving a struggling Chris Sale, and delivering five innings of one-run ball in a Boston victory. Houck is a tremendous asset for Manager Alex Cora to call upon for extended innings of high-leverage work. Houck could be an option to start Game 4 in place of Pivetta, but Cora would be wise to keep the talented youngster available for relief work, considering Boston’s struggles in the late innings. From September 1 until the end of the regular season, the Red Sox relief unit ranked 21st in FIP. Matt Barnes, Garrett Whitlock, Josh Taylor, Ryan Brasier, Hansel Robles, and Austin Davis will be rested going into the weekend, but there are legitimate talent concerns for this group.

Houston’s relief unit was not much better over the final month and change of the regular season—ranking 20th in bullpen FIP. Ryan Pressly and Kendall Graveman combine to form a dynamic tandem in the eighth and ninth inning, but the bridge to the back-end of the bullpen is shaky, to say the least. Manager Dusty Baker is relying on Phil Maton, Yimi Garcia, Ryne Stanek, and Brooks Raley to deliver quality innings in high-stress situations, despite the fact that most of these names are relatively inexperienced in postseason play. Similar to the Red Sox, this group will be rested heading into this series after finishing off the Chicago White Sox in only four games.

Neither of these late-inning units should inspire much confidence in bettors. Boston blew multiple late innings in their series against the Tampa Bay Rays, but were able to prevail thanks to timely hitting. Houston’s offense averaged almost eight runs per game during the division round, making their bullpen woes a non-issue. The team that is able to better lockdown the latter frames in the ALCS could be heading to the World Series.

Both teams have elite offenses, which means that the winner of this series is likely going to come down to who can pitch better. The injury to McCullers Jr. could be a difference maker in determining who earns a trip to the World Series. If Houston had one major weakness entering this series, it was their lack of starting pitching depth behind McCullers Jr. and Valdez. Losing one of their two stable starters is a tremendous blow. Having Houck available as an Andrew Miller-esque weapon out of the bullpen could bolster a Red Sox bullpen that is otherwise a question mark.

In the last six years, there has not been a sweep in the ALCS. If bettors are looking to take a riskier play on this series, they should lean towards the series lasting either six or seven games. Two talented offenses against two inconsistent pitching staffs should lead to a longer series.

If looking to bet on the series spread, Boston (+1.5) is a strong play. There is a high probability that this series goes at least six games, which would give Red Sox (+1.5) bettors an opportunity to hedge if Boston is trailing 3-2 heading into Game 6. However, as we mentioned above, Boston has a strong chance to win this series outright.