We’re already half way through the season and the NBA All-Star game is coming up this weekend. There’s only four days of fantasy basketball this week and you definitely want to be careful out there Wednesday and Thursday just in case any coaches get the bright idea of giving some of the stars an extra day or two of rest by holding them out in this last game before the break. I’m not positive it will happen that much, but it’s just something to watch out for. I’ve got a handful of guys who could put up solid lines this week at reasonable salaries, so hopefully you can fill your roster around them with studs. 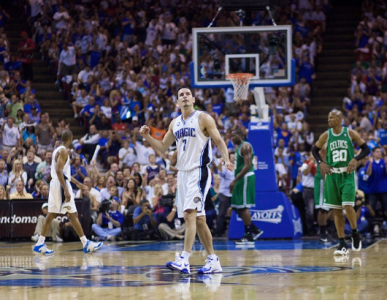 JJ Redick (ORL) – Jason Richardson missed Sunday’s game with chest pains. I haven’t seen an update this morning, but that sounds like the kind of thing that could turn into something serious. If it does, Redick will move into the starting lineup and makes a great daily play.

Chris Wilcox (BOS) – Kevin Garnett missed another game Sunday and Wilcox got the start. He logged 27 minutes and put up an impressive 14 points and 6 rebounds. His price is starting to creep up a little, but he’s still a bargain if the Celtics decide to rest Garnett this week in front of the all-star break.

Jason Maxiell (DET) – Maxiell continues to start for the Pistons and has played about 25 minutes a game over his last five games going for an average of 6 points and 8 rebounds. Not bad value at his salary.

Rodney Stuckey (DET) – Stuckey isn’t really a cheap bargain play, but I think his salary is way to low for the upside that he offers. He’s averaged 22 points, 3 assists, 3 rebounds and 2 steals over his last five games and he looks like a solid value play over the second half of the season.

Isaiah Thomas (SAC) – No, not that Isaiah Thomas, the one in Sacramento. He’s moved into the starting lineup and had a huge game Sunday putting up 23 points, 11 rebounds and 8 assists. I don’t think John Salmons is getting his job back anytime soon.

Ramon Sessions (CLE) – Kyrie Irving has returned for the Cavs, but it doesn’t seem to have hurt Sessions’ value too much. He’s still getting 34 minutes a game over his last five, averaging 15 points, 8 assists and 4 rebounds over those five games.

CJ Watson (CHI) – Derrick Rose might play tonight, but if he doesn’t, Watson should get the start and makes a cheap PG filler. Check Rose’s status close to game time if you decide to use Watson.

Mike James (CHI) – If you aren’t comfortable going with Watson, or if it looks like James might move into the starting rotation for Rose, then James might be the play here. It’s a fluid situation that will likely only be a bargain for just another game or two until Rose heals.

Bismack Biyombo (CHA) – The Bobcats are actually sticking with him in the starting lineup, which is probably a smart thing since they really have nothing to lose as the worst team in the NBA. Biyombo won’t put up huge stat lines, but he’s getting a steady 25 minutes a game and putting up 15-20 fantasy points on most nights.

Patrick Patterson (HOU) – The Rockets are starting to give Patterson some decent run with about 25 minutes a night over his last five games. Jordan Hill is out until after the all-star break with a knee injury and Samuel Dalembert is slumping horribly. Patterson will get good minutes this week and should continue to put up 15-20 fantasy points. 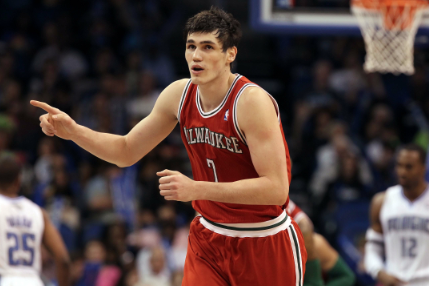 Ersan Ilyasova (MIL) – Drew Gooden is out until after the all-star break with a wrist injury and the Bucks are giving Ilyasova all the minutes he can handle. He went for 29 points and 25 rebounds Sunday, so you pretty much have to give him a start with that kind of upside.

Jared Dudley (PHO) – Dudley is playing some of the best basketball of his career. He’s still only 26 years old and could be one of those late bloomers that just needed the opportunity for minutes to show off his skills. He should continue to be heavily involved in the Suns offense alongside Steve Nash, which is a pretty good spot to play.

Corey Brewer (DEN) – Brewer is holding down the starting small forward spot for the Nuggets until Danilo Gallinari gets back in a couple of weeks. He’s averaged about 33 minutes a game over his last five, averaging 15 points, 5 rebounds and nearly 3 steals a game.

Daniel Green (SAS) – It looks like the Spurs may sit Manu Ginobili until after the all-star break, which means Green will continue to start and get 30+ minutes a game. He’s played nearly 28 minutes a game over his last five and should put up about 15-20 fantasy points while Ginobili is out.

Randy Foye (LAC) – Foye hasn’t been hugely impressive since inheriting the starting SG spot when Chauncey Billups went down, but he had his best game of the year Sunday with 21 points and he could be working his way into a bigger role in the Clippers offense. Keep an eye on him.

Zaza Pachulia (ATL) – Pachulia is finally starting to put up some useful fantasy stats in place of the injured Al Horford. He’s logged 33 minutes a game over his last five, averaging 8 points, 8 boards, a block and 2 steals over those five.

Nicolas Batum (POR) – Batum stayed in the starting lineup even after the return of LaMarcus Aldridge, which really helps his fantasy value. He’s played a huge 39 minutes a game over his last five, averaging 21 points, 6 rebounds, a steal and nearly two blocks.

Amir Johnson (TOR) – Johnson has been playing solid basketball over the past week and should have value until Andrea Bargnani returns. Johnson has played 29 minutes a game over his last five, averaging 8 points, 8 boards and two blocks.

Alonzo Gee (CLE) – Anthony Parker is out until after the all-star break and Daniel Gibson is hurting as well, which leaves the starting SG spot to Gee. He’s not going to put up huge lines, but he is a dependable 15-20 fantasy points on most nights.