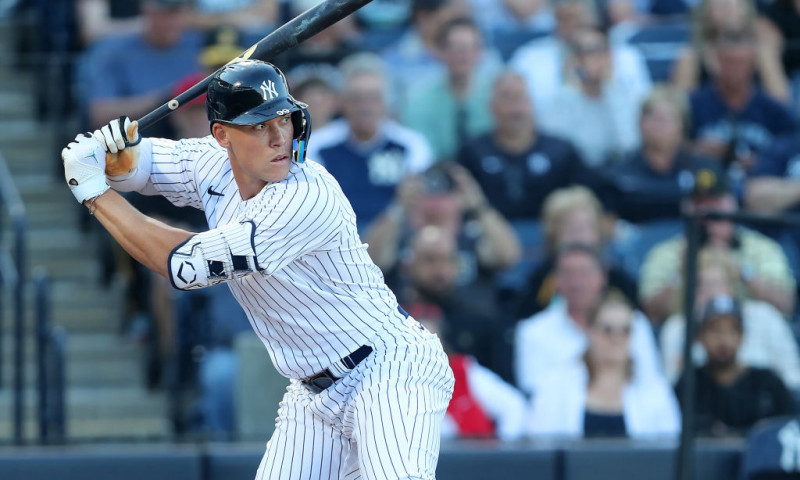 On Tuesday night, the New York Yankees and the Toronto Blue Jays will engage in an intra-division showdown as these two franchises battle for a Wild Card position in the American League playoff picture. New York enters play on Tuesday on a six game winning streak. Toronto is only 5-5 in their last 10 contests. In the series opener, the Yankees will send Jameson Taillon to the hill, who will be opposed by Hyun Jin Ryu. Oddsmakers are expecting Toronto to end New York’s hot streak, pricing the Blue Jays as -126 home favorites.

Through 27 turns in the rotation in 2021, Taillon has been slightly below league average with a 4.41 ERA, 3.97 xERA, and a 4.49 FIP. However, he has been slightly better since the All-Star break with a 3.70 ERA and a 4.25 FIP. In that span, he is only striking-out 21.9 percent of opposing batters against a 7.9 percent walk-rate. The inability to miss bats could be problematic against a Toronto lineup that has the fourth-lowest strikeout-rate in baseball over the last 14 days. Taillon could be in for a rough night at the Rogers Centre on Tuesday.

New York’s relief unit benefited tremendously from having an off-day on Monday. Heading into the new week, everyone should be available and ready to go for the Yankees as they look to book their ticket back to the postseason. Over the last 30 days, this group ranks 13th in the league in bullpen FIP.

Toronto has one of the most talented lineups in the league and the stats support that claim. For the season, the Blue Jays rank first in OPS, first in ISO, and have the second-lowest strikeout rate of any offense. Vladimir Guerrero Jr. flirted with a triple crown bid. Marcus Semien has quietly hit 44 home runs and driven in 99 runs. In September, Semien has homered six times, and has nearly walked more times than he has been punched out. This lineup should be able to generate plenty of run-scoring opportunities against Taillon this evening.

Ryu has not been his usual dominant self in 2021, but if he can turn-in a decent outing on Tuesday, the Blue Jays should have a good opportunity to win this ballgame in the latter frames. Since the All-Star Break, Toronto’s relief corps ranks seventh in bullpen FIP. Similar to the Yankees, the Blue Jays had Monday as a scheduled off-day, meaning that everyone should be rested and available heading into the final week of the regular season.

Technically, this is a regular season matchup, but with New York and Toronto separated by only two games in the standings with six games remaining on the schedule, this contest is sure to have a playoff atmosphere. In this matchup, both Taillon and Ryu are hittable starters going against two of the most talented offenses in the league. Judge, Stanton, Guerrero, and Semien are only a few notable names that have the potential to do significant damage with the bat in this one. At the current market price, bettors should consider a small wager on the over.