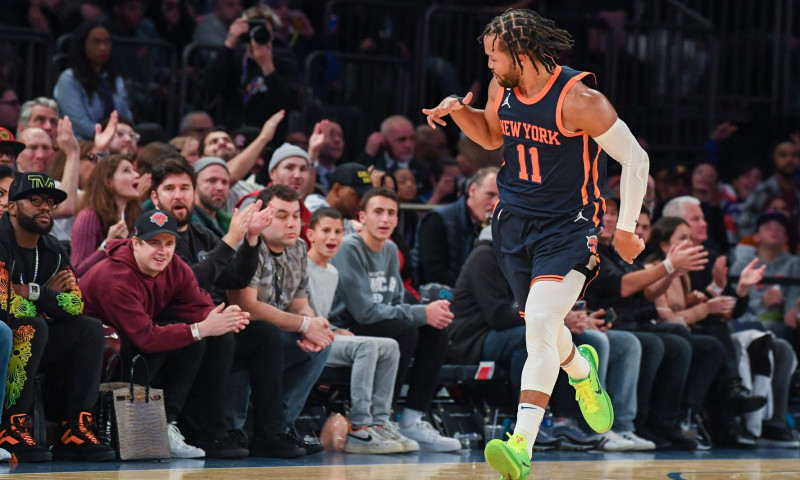 What kind of performances can we expect on Tuesday from Jalen Brunson, Spencer Dinwiddie, and Jonas Valanciunas? Follow along as our NBA betting expert, Nick Galaida, breaks down his three favorite NBA prop bets for January 24 on the hardwood

On Tuesday, 14 NBA teams are in action, beginning with the Chicago Bulls and Indiana Pacers at 7:00 p.m. EST. Ahead of tip-off this evening, bettors will need to keep an eye on the status of a number of key players – including Nikola Jokic, Michael Porter Jr., Brandon Ingram, and LeBron James, each of whom is listed as either questionable or doubtful as of this writing.

Yesterday, we had our third consecutive day of profit with our recommendations in this article, bringing our record to 39-34-2 across the last 25 days. Below, we have three plays worth considering for January 24 on the hardwood.

Don’t live in a state with sports betting? Use our PrizePicks & Vivid Picks promo code GRINDERS for a combined $200 in sign-up bonuses on NBA props today.

According to props.cash, Jalen Brunson has eclipsed this market number in only 10 of his last 30 games played. In his last 11 contests, he has only eclipsed this number three times. Tonight, Brunson has a date with a Cleveland Cavaliers defense that has allowed the second-fewest opponent assists per game this season. If there is any concern for this play, it is due to the status of Immanuel Quickley. Per CourtIQ, when Quickley is off of the floor this year, Brunson is averaging 7.1 assists per 36 minutes of action. Still, this is a difficult matchup for Brunson, and if Quickley is in the lineup, this number likely moves to over/under 5.5 across the board.

Per CourtIQ, Spencer Dinwiddie is averaging 20.4 points per 36 minutes of action this season when Christian Wood is off of the floor. According to props.cash, in six games this year with Wood in street clothes, Dinwiddie has never scored fewer than 17 points, and has scored at least 19 points five times. This evening, Dinwiddie gets a matchup with a Washington Wizards team that ranks worse than league average in defensive efficiency when Kristaps Porzingis is not in the lineup. This is a great spot to invest in Dinwiddie.

On Tuesday, the New Orleans Pelicans are likely to, once again, be without Brandon Ingram and Zion Williamson. Per CourtIQ, Valanciunas is averaging 23.1 points per 36 minutes of action this season when both Ingram and Williamson are on the sidelines. In his last eight games with both players out of commission, he has scored 18 points or more six times, with zero games of fewer than 13 points. Through their first 47 games, the Denver Nuggets rank 29th out of 30 teams in opponent field goal percentage in the restricted area and 13th in opponent field goal percentage in the paint. Valanciunas is averaging 10.8 field goal attempts per game this year – 7.6 of which are coming in the restricted area or the paint. Expect Valanciunas to have a strong performance this evening on his home floor.

If you aren’t in a state with legal sports betting, you can use our No House Advantage promo code to pick Valanciunas over 16.5 points in a DFS props game.