This is day two of my attempt to profitably transition from DFS to Sports Betting. Yesterday’s inaugural article laid out this article’s purpose, so I’m not going to rehash that too much today. We’re looking to find out how well daily fantasy skills transition to sports betting, while acquiring those that aren’t necessarily in the DFS player’s arsenal.

That’s it for now. Was considering parlaying all picks, but did not do it. Happy to see that Phillies actually dropped to +108 after I played it. Rockies have dropped to +175 too. Slight chance I may add Mariners later if line drops, but not very likely.

My thoughts hold from earlier on the Phillies. I’ve been waiting for it go up all day. As mentioned earlier, 80% of bets were on the Red Sox, yet the line had decreased since open. Now it’s down around 70%, still squarely in favor of the Red Sox, while the line still hasn’t changed. I’ve been going back and forth on this and may be reaching, but still think the Phils can get to Porcello. 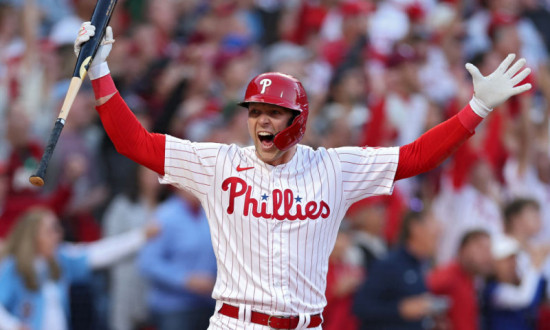 Still considering the Mariners with Paxton as well. Bets seem to be split 50/50, but the line seems to have increased slightly for the Mariners. However, DraftKings has them at -132, which is frustratingly $10 higher than I’m seeing them anywhere else, so passing for now.

Lineups in Houston are out, but I don’t expect to see an umpire assignment much before lock due to the first game of the series. Only a couple of imposing bats on either side of this lineup against a Cy Young contender and a pitcher who seems to be breaking out. If I thought the Rockies could do anything with Verlander or if the price climbs much higher, I’ll consider the dog, but for now…

I don’t expect the Marlins to do anything because they’re the Marlins and Anibal Sanchez has been good. Trevor Richards has a hard contact problem, more against RHBs, but has also been good with a 20 K-BB% since the break. The first couple of batters can give him some trouble, but he may otherwise be able to hold the Braves in check. Even if not, the Braves may have to do all the work themselves to push this total over.

We went from all Overs yesterday to all Unders so far today. I do believe DFS skills and research does lean more towards projecting totals than sides, but there are still some dogs I’m watching. Will not be playing them just for the sake of action though. Looking for prices to rise in most cases.

Jason Vargas had one of his best starts of the season against Baltimore (5 IP – 2 ER – 4 K) and now faces a lineup with just two batters above an 85 wRC+ over the last calendar year against LHP and just three above a .131 ISO. Vargas actually has a career high 10.8 SwStr% and the second lowest exit velocity on the board. He’s not good, but he’s not this bad.

Jackie Bradley Jr. is the odd man out for Boston an NL park. That’s unfortunate for Nick Pivetta, but the defense could suffer. I do think this Philadelphia lineup could do some damage against Rick Porcello. No play right now, but I’m still tracking Phillies +114 and 8.5o (-118) on DraftKings. Interestingly, Boston seems to be getting nearly 80% of bets, yet the line has gone down. Let’s see if the public can push it back up.

Anyway, if you’ve read my pitching article today, you probably know that I’m looking at a few dogs and a favorite who may be a bit smaller than expected tonight.

While I really like German Marquez, the problem is that I like Verlander too and don’t expect the Rockies to do anything with him. I might consider the Rockies above +200, but that’s not where they are right now. The bullpen has been improving for Colorado, meaning they’re not the worst anymore. Perhaps an Under, but seven is a low total.

At first glance, Paxton -132 @ Oakland and Pivetta +114 vs Boston stand out slightly, but I definitely want to see the Boston lineup first. Also initially thinking the Rays could be a tough matchup for Happ again and +195 may be a bit high.

Back for more once lineups starting confirming.

First thing is first, which is the Day One recap and I also need to mention that there will not be an article on Wednesday:

Won the first three to book the profit for the day no matter what happened afterward, which were almost all losses until late miracles allowed the two late totals to win and push.

Monday’s article was not just the beginning of this entire experiment, but also an experiment in pacing, juggling both DFS and sports betting content right now. It’s probably not the standard plate of plays you’re going to see here, though I do believe daily fantasy skills lean more towards projecting totals than sides. Without knowledge of the results yet (the recap above has been added after), I feel I did a poor job of narrowing yesterday. Full slates will be a mess of plays at this pace and this is something I probably want to avoid for various reasons. One of which is that I’ll be time pressed to publish all this along with daily fantasy content on full days. It’s still a bit of a kid in a candy shop feeling with everything so new (or new again), but pacing and sizing should even out as we move along.

Today, I want to do a small review of the DraftKings Sportsbook site itself. It’s designed a lot like the daily fantasy site, which it’s linked to as well, and it’s easy enough to find the most popular things. The number of options available to players, including sides, totals, propositions and futures are near overwhelming at first, but well laid out. Though the sheer number of options available can make it an effort to locate some props at first until you know where to look.

Unfortunately, that doesn’t include individual player props for single games yet. There are season total DK fantasy point props for NFL players, but hopefully more is to come. I’d love to see home run or strikeout props for MLB players.

One disappointment with the software at this point has nothing to do with DraftKings, but the state of New Jersey itself. Completely understandable, but there’s an auto-logout feature that’s required by law, which means you can’t just sit there and watch results in real time all day like one can do on the daily fantasy side.

The “My Bets” page might be more efficiently formatted as well. There’s nothing really wrong with it, but it might make for an easier browsing experience in a more compact space to allow for viewing more of your open bets on a single screen without needing to scroll. Result tracking is a bit of an issue right now, as DraftKings does not have an export option yet, but they have said through support that players will be able to download year end results for tax purposes.

Other than those minor issues, bettors can find everything they want and some things they probably didn’t even know they wanted. Live betting and “Cash In” options are brand new to me and an additional angle to solve. How much of an advantage am I giving up by using the latter option? What about in the case of an important injury?

DraftKings players have one single balance across the Sportsbook and Daily Fantasy sites, which could be a blessing or curse. It’s nice for convenience, but makes staying on top of manually tracking profit and losses even more crucial if you want to know what’s going where.

Gone are the days 15-20 years ago when you had to actually call someone and then were given only two choices: side and/or total. There are so many exciting ways to lose all my mon…uhm, I mean, find tiny niche advantages now. I can’t wait to see where they take things from here.

Check back later once lineups start to roll out for updates.