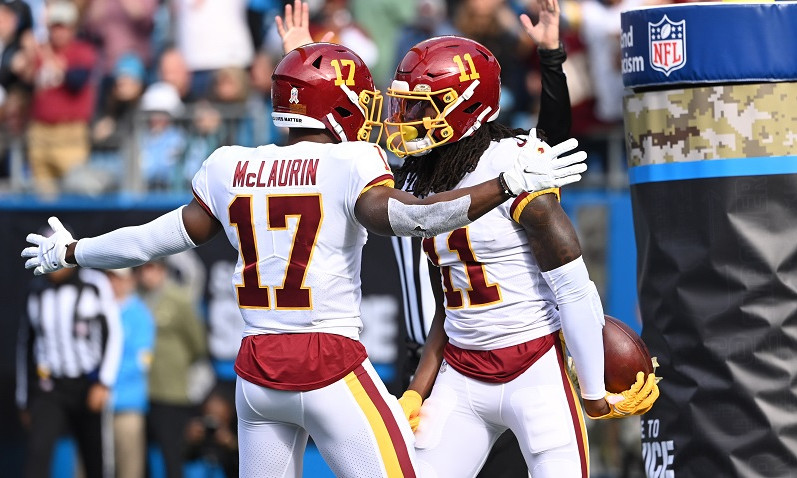 Fresh off another franchise name change, the Commanders will be looking to bounce back from a disappointing 2021 season where many NFL pundits had them pegged as playoff bound in the preseason. Unfortunately, their 2022 season outlook doesn’t look much brighter, having made very few notable upgrades to the roster and are merely hoping Carson Wentz can deliver them at least adequate quarterback play on the offensive side of the ball. In this article, we’ll explore the impacts of these storylines for sports betting and fantasy football drafts, so that we can profit from the various betting and daily fantasy sites this season.

Using RotoGrinders NFL 2022 projections, we’ll preview all 32 NFL Teams this summer and uncover all the best bets and league-winning picks we can find. Among the questions we will look at to answer in this article:

- Washington Commanders Betting Odds: Is the Commanders soft strength of schedule enough to bet the over on their win total for the 2022 season?

- Team Overview: Can the addition of Carson Wentz unlock the Commanders passing game and keep opposing defenses from focusing solely on Terry McLaurin as the lone offensive threat?

- Fantasy Football Drafts: Can Carson Wentz eliminate his past accuracy issues and become the best quarterback Terry McLaurin has had in his young career? What to do with the Commanders backfield? 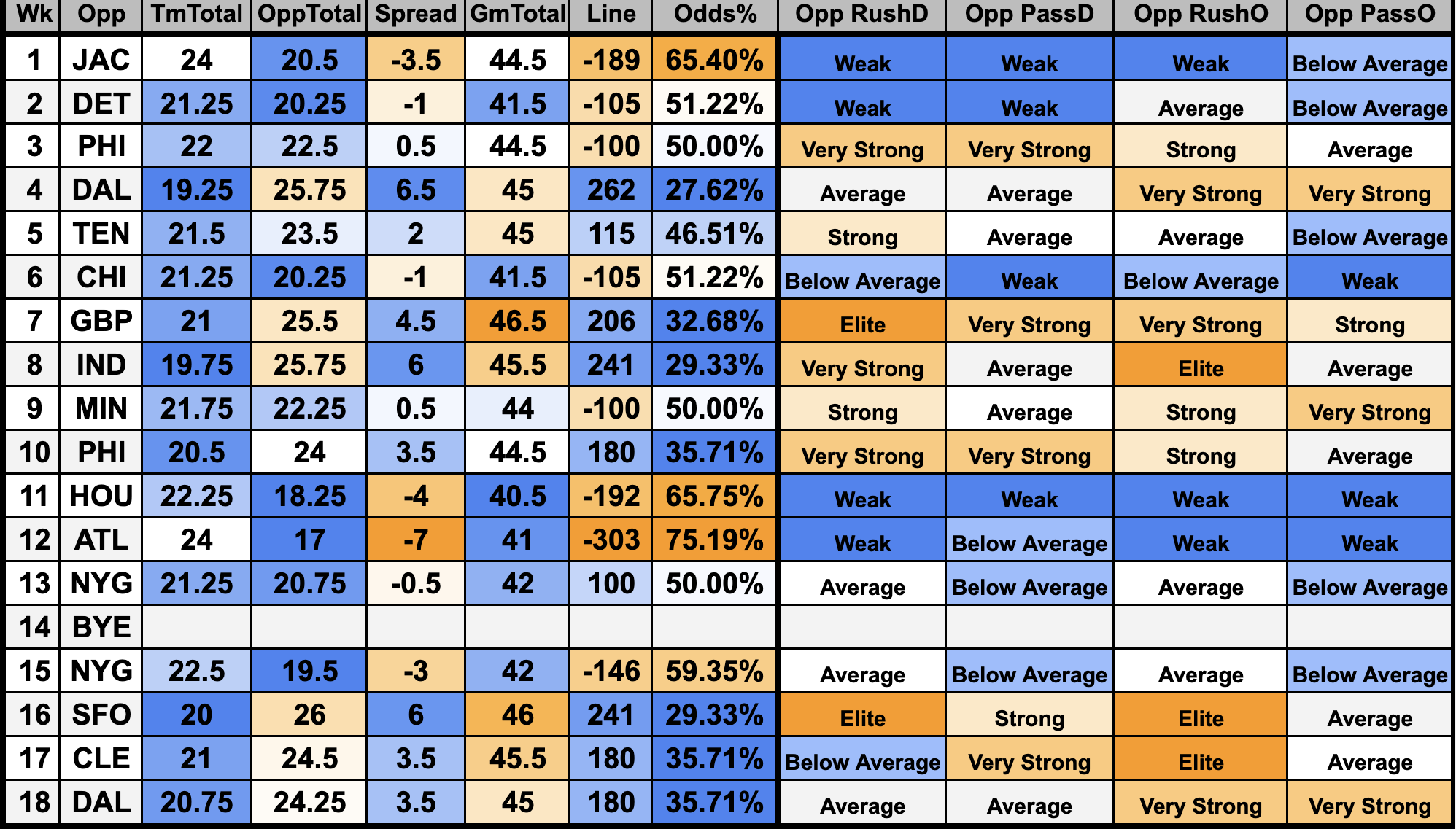 It’s always difficult to rationalize locking up a portion of your betting bankroll for an entire season, but if you were interested in futures betting the Commanders, the only realistic option would be to bet the under on their win total, which is currently ranging between 7.5 and 8.5 on various sportsbooks across the industry. Despite a potentially advantageous schedule, the Commanders are still outclassed by most NFL teams at the quarterback position, coaching staff, and defense, other than their ultra-talented defensive line. This makes the under the logical win total bet for the Commanders in 2022.

According to the present-day RotoGrinders season-long projections, there isn’t much of an edge to be had here with McLaurin checking at just 80 catches. He is only penciled in for 133 targets, which I believe is on the lower end of his range of outcomes. Assuming McLaurin is able to average closer to nine targets per game, this PrizePicks prop provides enough value to make it a viable pairing with another prop listed in our NFL Season Previews Hub.

There’s not much that stands out from these offensive and defensive ratings as the expectations were the Commanders would be ranked in the bottom-third of NFL offenses and their elite defensive line was likely to be enough for them to crack the top ten on defense, though their back-seven remains a real concern. As mentioned earlier, the Commanders don’t have the toughest strength of schedule, but there’s nothing particularly intriguing about their game stacking possibilities for daily fantasy contests. 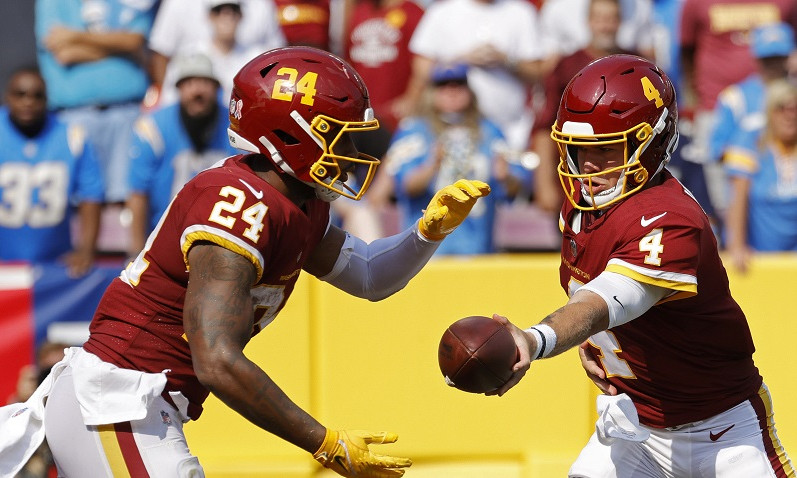 Terry McLaurin has been thoroughly covered throughout this article, but he undisputedly remains the top player to target in fantasy drafts from this Commander’s offense after averaging 74 receptions, 1,030 receiving yards, and six touchdowns with a hodge-podge of quarterbacks over his first three NFL seasons. Even with the lowest expectations for Wentz coming into 2022, it’s impossible to argue that he isn’t the best quarterback McLaurin has had delivering him the ball to this point in his career.

J.D. McKissic turned down a contract offer from the Buffalo Bills to return to Washington and be a part of head coach Ron Rivera’s offensive system. That alone should provide him the cache as a late-round zero-RB candidate, but the Commanders’ primary passing-down back has also managed to average over six targets per game over the previous two seasons. This makes it clear that McKissic will have a significant role in the backfield rotation even if third-round rookie Brian Robinson cuts into what little rushing workload he could have this season.

John Bates isn’t a realistic option at the tight end position for standard or home league drafts, but with Logan Thomas being a PUP candidate as he recovers from an early December ACL tear, Bates projects to begin the year as the Commanders starting tight end and could be so for quite some time. That playing time potential makes him a worthy last round in formats like best ball or tight end premium leagues.