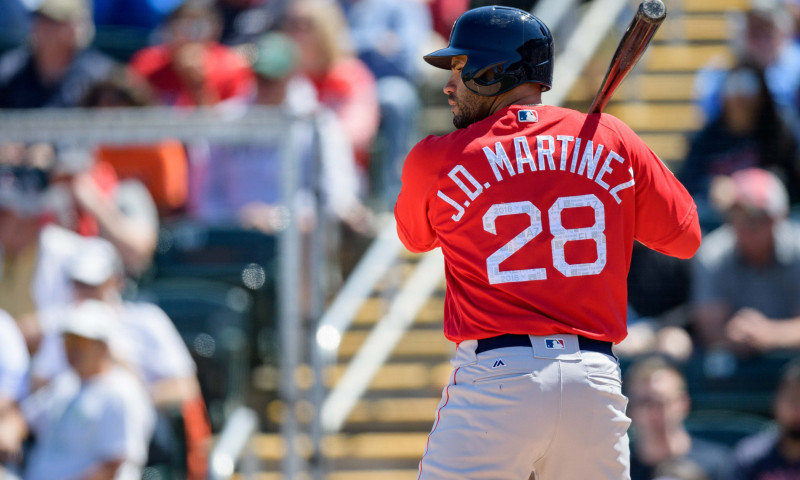 Betting analyst Sloan Piva breaks down MLB odds, picks, and predictions for today — Thursday, July 22. If you don’t yet have an account at BetMGM Sportsbook, take advantage of our MLB special offer!

Guess who’s back!? After covering betting previews for an incredibly fun NBA postseason, yours truly has happily returned to MLB coverage for what should be an entertaining second half of the season. We’ve got a lot to look forward to, including a heavily-anticipated (and potentially star-studded) trade deadline, a bevy of tight divisional races, and a plethora of potential record breakers.

The ball may not be covered in goop anymore, but pitching still rules the pastime. I will always take every facet of every game into account, but the most significant part of the puzzle for me always seems to be starting pitching. Every betting analyst has an angle, and that’s always been mine. What can I say? I’m a creature of habit.

I’m raring to get back into the swing of things with a plethora of MLB betting picks between now and October. So, let’s dive into our favorite bets for Thursday, including a bonus baseball parlay. Good luck, and savor every moment—these last few months sometimes feel like they are moving in fast forward!

All stats are from MLB.com and Baseball Reference. All odds are from BetMGM.

Remember when Charlie Morton had a poor start to the 2021 MLB season, and everybody mumbled and rumbled that he was over the hill? Ol’ Charlie sure doesn’t seem to remember.

The 37-year old righthander had just two wins in the first nine starts of his return to Atlanta, with a mid-May ERA that crept up to 5.08 (hey, that’s my old area code!). In his last 10 starts, Morton has gone 6-1, while reducing his ERA to 3.69. And he’s throwing old-fashioned gas, with seven-plus strikeouts in each of his past six starts.

Meanwhile, the home-team Phillies will roll out Matt Moore (cue the womp-womp-womp sound and Debbie Downer face). The veteran southpaw has a 5.25 ERA, 1.611 WHIP, and just 33 strikeouts on the season. He has yet to make it into the sixth inning in a start.

I like the offensive jolt Philadelphia has shown over its 11 games, plating 57 runs (seventh-best in the MLB over the last 15 days) and cranking 14 homers (13th). But Atlanta is right behind them in both metrics over that stretch, it has a lot more breakout potential, and it has the vastly superior starting pitcher. If I had more intestinal fortitude, I would bet the Braves -1.5 at +105. But I’m old and risk-averse, and I like comfortable Ws more than close Ls. Give me Uncle Charlie in Philly.

I’m not just making this prediction as a self-loathing Bostonian, I’m also legitimately behind the notion that Montgomery can outduel Houck at Fenway. The Sox are in the middle of a brutal stretch of their schedule (As Bill Belichick would say, “No days off!”), and their five best players didn’t even get to relax during the All-Star break.

Montgomery has started 18 games and made it to at least the sixth inning 14 times (including seven of his last eight starts). The 28-year old has allowed three or fewer earned runs in nine of his last 10 starts. This will be his third start against Boston in less than a month, and his second game in Fenway in that span. He lost both tilts against the Sox earlier this season, despite each of them qualifying as quality starts. His run support in those two games: 0 and 2, respectively.

Houck, meanwhile, has a much lighter workload behind him this season. The 24-year old has started just two games this season, and appeared in relief in two other games. All said, he has pitched just 13.1 innings, allowing five earned runs on 15 hits (3.38 ERA, 1.275 WHIP). He has 15 Ks on the season.

I’m ecstatic about the Red Sox lineup wrecking the majors this season, but I expect a bit of negative regression in the second half. I think that starts during this home series versus the Bronx Bombers, who seem like caged animals ready to break out.

New York has won four consecutive series, including a 2-1 series win in its last matchup with Boston. The Yanks have scored 21 runs in their last three games, despite COVID pushing out some of its stars and pushing up some unlikely heroes in outfielders Greg Allen, Estevan Florial, and Ryan Lamarre. Give me a hot Yankees squad as slight undies against what has to be a tired Sox club.

I normally shy away from OVER/UNDER bets, but this total feels way too tempting to pass up. These guys are dealing this season, and these clubs really lock in defensively against each other. Everyone knows the NL West crown will ultimately be decided by a game or two, an inevitability that is likely most astutely recognized by the clubs themselves. It’s awesome—every game in this rivalry feels like a chess match.

Even with a Kenley Jansen ninth-inning meltdown—which resulted in a blown save and a three-run frame—Wednesday’s game between these squads ended 4-2. Now we get two ace pitchers with sub-3.00 ERAs and sub-1.000 WHIPs on the mound? Pound the UNDER like pizza dough, baby.

In four of DeSclafani’s past five starts, the total score has been seven runs or under. And the last time Buehler gave up more than three earned runs in a start was May 11. Buehler has exceeded three earned runs just twice, while DeSclafani has exceeded that count once. These guys are the real deal (and they are on my fantasy team!), and you should back them without hesitation to help the UNDER hit.

MLB Parlay of the Day

Atlanta Braves (-150) at Philadelphia Phillies (Charlie Morton vs. Matt Moore): You had me at Uncle Charlie vs. “(player-popup #matt-moore)Matt Moore”:/players/matt-moore-13769—Braves win a close one in the City of Brotherly Love.

Minnesota Twins (-150) vs. Los Angeles Angels (Kenta Maeda vs. Andrew Heaney): Heaney has looked like a train wreck since mid-June (19 ER over his last four starts), while Maeda has managed to salvage his season as of late (3 ER over his last three starts, 25 Ks in 16 IP). Bookend the parlay with pitcher redemption stories!