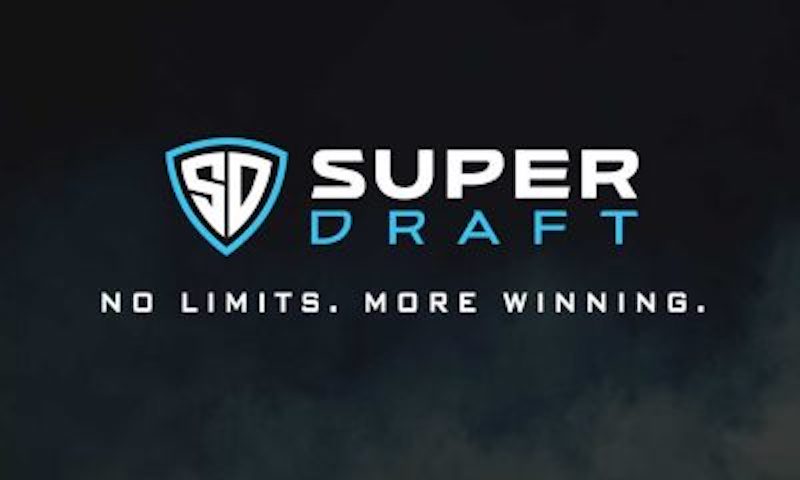 Earlier, we broke down SuperDraft’s unique Multiplier format and strategy you can use to start building lineups.

Remember, there’s a great opportunity at SuperDraft for the opening week of NFL. As of Thursday afternoon, SuperDraft’s NFL $125,000 Kickoff GPP is just under 11% filled. Make sure to sign up for your chance at the $25K first-place prize.

EXCLUSIVE LIMITED TIME OFFER for RotoGrinders Members. Deposit $100 or more to get the standard $10 bonus PLUS an extra $30 instantly!

As a quick refresher, SuperDraft’s Multiplier format allows you to break free from salary cap restraints and roster anyone you want.

Here are my favorite Multiplier plays for the Week 1 slate:

QB Matt Stafford 2x – The Detroit Lions have shifted towards a more run-heavy approach under Matt Patricia, but Stafford has a great matchup against a depleted Arizona Cardinals defense. The worst of the Cardinals defense will take place in the early weeks of the season. They’ll be without Patrick Peterson (suspension) and Robert Alford (leg injury) for the first six games of 2019.

QB Sam Darnold 1.95x – Putting up a 105.6 QBR in the last six games of 2018, Darnold was one of the best quarterbacks during the final month of his rookie season. In fact, Darnold closed 2018 without throwing an interception in his final 114 passes. Darnold and the Jets offense could make a big leap in 2019, but one concern is head coach Adam Gase’s historically slow pace of play.

RB David Johnson 1.4x – If you’re stacking the Lions, David Johnson is the perfect player to use to run it back. Arizona’s offensive line is terrible, but Johnson will be heavily involved in the passing game with Kliff Kingsbury introducing the air raid to the NFL.

WR Kenny Golladay 1.6x – Speaking of Lions stacks…Golladay is the receiver you want to go with if you’re playing Stafford. Who knows how efficient the Cardinals offense will be under first-year head coach Kliff Kingsbury. What we do know is that their defense is going to be bad (as mentioned above).

WR Dede Westbrook 1.7x – The Jaguars will run it with Fournette, but head coach Doug Marrone wants to pass the ball more now that they have Nick Foles, in part, to preserve Fournette’s health. Expect Foles to target Westbrook heavily against Kansas City’s vulnerable defense.

TE Evan Engram 1.65x – The Dallas Cowboys’ defense is stellar, but the season hasn’t even started and Eli Manning is already running out of targets. Sterling Shepard (1.95x) is back healthy, but Corey Coleman is on IR and Golden Tate is suspended for the first four games. If the Cowboys, unsurprisingly, take a big lead, there are not many targets down the field other than Engram and Shepard.

TE O.J. Howard 1.5x – O.J. Howard is one of the most athletic TEs in the NFL. He’s expected to take a massive leap for the Buccaneers following the departures of Desean Jackson and Adam Humphries. A matchup with the 49ers should provide the perfect game script for Howard to break out in Week 1.