Yahoo Week! Free Entry & Our Picks for the $300K Baller 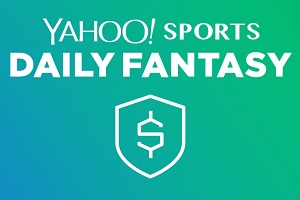 Finding solid value plays is critical to becoming a successful daily fantasy sports player in any given sport. This is even more important on a site like Yahoo, where the pricing is very sharp. In this article, I will include my “best” play, a value play and a bargain bin play at each position.

Yahoo has a great football product with tight pricing, which can create a big edge if you can find the right value. Here are my Week 15 targets.

Russell Wilson ($34, Best) – There are a lot of high end QBs in good matchups this week, but it is hard to not give the nod to Wilson. I realize that is saying something when you look at how good QBs such as Cam Newton, Carson Palmer and Tom Brady have been this year, but we care about this week and this week only and there is no hotter QB in the league than Mr. Russell Wilson. I can’t even find a word to describe what he has done in the last four games, but here is an amazing stat: over the past four games, he has thrown 16 TD passes and zero interceptions! Besides his throwing ability, Wilson is one of the most athletic quarterbacks in the league and is always capable of racking up yards on the ground. This week he goes against the weak secondary of the Cleveland Browns and should be able to torch them at will. Although his price tag is high, he is well worth the 34 dollars. 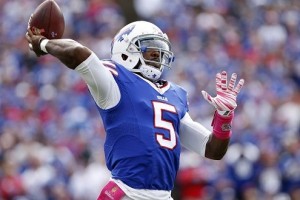 Tyrod Taylor ($31, Value) – I may be a little bias here being a Bills fan and all, but you cannot deny that when Tyrod is healthy, he produces fantasy points. Although the price tag is not a huge discount from some of the top dollar QBs, it is still a discount and every dollar matters on a site like Yahoo. He brings both a very high ceiling and more importantly for cash games, a high floor. His high floor is due to his ability to get yards via the run and how well he takes care of the ball. For a QB in his first year as a starting QB, he has only thrown five interceptions all year. He should have no problem having a good game against a weak WAS pass defense.

T.J. Yates ($20, Bargain Bin) – I feel this is not the week to punt QB by any means, but if you want to take a flyer on a minimum priced guy in a GPP, Yates is the guy. This is less about liking Yates’ skills and more about how depleted the Colts defense is as a whole. If you are looking to stack a lineup with as many studs as you can, Yates would be the QB I would do it with.

Adrian Peterson ($35, Best) – It seems like Adrian Peterson is the chalk this week and rightfully so, as he is goes against the weak defensive line of the Chicago Bears. There is no reason why Peterson should not see 20+ carries this week, and I would prefer to not fade that amount of carries from a player as talented as he is. I would be very surprised if he did not at least get 100 yards and a TD. That is a very solid floor and the possibility for more production is very real. You will have to pay up to get Peterson in your lineups, but in cash games, he just makes sense.

David Johnson ($17, Value) – Johnson is exactly that, a value play on Yahoo this week. His price tag of only $17 does not reflect his role or his production. He has 191 rushing yards in his last two games and gets a very friendly matchup against a more than generous PHI defense. There is some talk that Andre Ellington could be back this week, but I feel Johnson has earned his playing time and makes for a great play this week.

Tim Hightower ($16, Bargain Bin) – It was unclear last week who was going to be the lead back between Hightower and Spiller, but it quickly became apparent that the job belonged to Hightower. He saw 28 carries to just three from Spiller. You will need to use some value plays this weekend if you want to get the studs in your lineup and Hightower makes for one of the best on the slate. His price won’t stay this low for long, so take advantage while you still can. 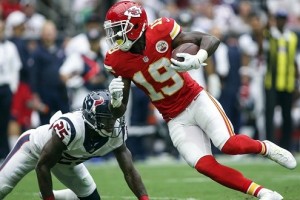 Jeremy Maclin ($24, Best) – One of my favorite things about Maclin this week is his price at only $24 because he is my number one ranked WR. Some people may consider Maclin “GPP” only, but not me, especially this week. He gets a prime matchup against a very soft Ravens pass defense which just allowed a monster game to Doug Baldwin. I see no reason why Maclin cannot do the same. Maclin has 24 receptions in the past three games to go along with three TDs. This shows that they are relying on him heavily for their offensive production. Like I mentioned earlier, the main reason why I am so high on Maclin this week is due to his cheap price tag to go along with a prime matchup.

Danny Amendola ($23, Value) – All reports indicate that Amendola should be ready to play on Sunday, and that makes me happy because he is one of my favorite plays this week. What can I say, I have a weak spot for WRs like Amendola, especially when Tom Brady is the one throwing the ball to them. High volume receivers are some of the best to target for your cash games due to their high floor. Although Amendola is struggling to find the end zone (one TD in the past four games), he has 32 receptions in that time frame. That amount of receptions makes him have a very safe floor and his price tag is still too low. Since I want to pay up at the QB and RB position, I feel taking using the value offered at the WR position is the way to go, especially in cash games.

Tyler Lockett ($15, Bargain Bin) – It is a common strategy to pair your QB with a WR and I think this week is no exception. I mentioned earlier how I will be paying up for Russell Wilson and I love stacking him with Lockett. Not only is Lockett dirt cheap but he has really been tremendous lately. He has 20 receptions and four TDs in his last four games and seems to be clicking more and more with Wilson. We all knew how much of a weapon Lockett is when it comes to special teams but he is showing that he can be a very solid wide out as well. The price tag here is very low and there is some big upside with this stack.

Jordan Reed ($19, Best) – It seems weird to go to Reed when Gronk is only $6 more expensive, but you cannot deny how good Reed has been this year when healthy. In the past four games, Reed has 34 targets which has resulted in 26 receptions and one TD. Reed has shown very high upside and due to the huge consistently high amount of targets, Reed makes for a great play this week. 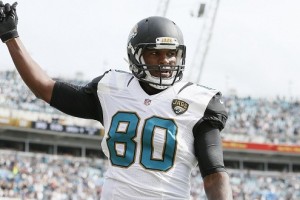 Julius Thomas ($18, Value) – Thomas is only $1 cheaper but still makes for a great play at his price. Blake Bortles has made it very clear that he Thomas is one of his favorite targets, especially in the red zone. With a TD now in four straight games, to go along with 22 receptions, Thomas should be considered in all formats.

Heath Miller ($15, Bargain Bin) – Big Ben has made it clear that he trust his big TE and really looked his way last week. Now, I don’t expect Miller to get another ten-catch game, but I do expect the targets to be right around the same as they were. Miller tied his season high in receptions, and although he did not find the end zone, his performance was more than good enough for his price tag. This Denver defense is very good against opposing teams RBs and WRs, which could open up Miller for some more targets.