Visit the FanDuel sportsbook for an instant deposit bonus up to $100 with just a two-time play through!

Check back later once lineups start to roll out for updates.

Promotion on FanDuel insures MLB Divisional Round bets if leading after six innings.

Apologies, but I won’t be able to update again today. Having some health issues. Will be using my free Stars $50 bet on the Brewers for game one tonight.

Some new categories had to be created after last night’s wild card game (Promotions and Futures).

The A’s World Championship future came due as a loss and while the special FanDuel insured bet did insure that profit was going to be collected either way, those offers need to be taken advantage of to the fullest extent possible (assuming a properly funded account), but since they may generally not be consistent with the normal “unit”, it seemed best to just grade them monetarily.

Without the FanDuel promo, the A’s at the price they rose to would have been the sole play. They did have their opportunities, but were not able to capitalize at the most opportune times and lost.

Two games makes it too difficult to write up extensive game previews as was done for both wild card games last night, but let’s get to some game one and series thoughts.

The Brewers have the weakest rotation left in the post-season and are copying the A’s approach from last night. The bullpen is a strength, in fact, best in the majors by FIP (2.29) and K-BB (28.6%) by wide margins over the last 30 days, so that’s how they’ll attack a Colorado offense with a 78 wRC+ on the road. Considering their ability to be more proficient against LHP, it’s likely Josh Hader will be the only one they’ll see and you can be pretty sure at least Charlie Blackmon and David Dahl will be seeing him if it’s a close game. The Brewers also have the best defense remaining in the NL (+4.2 UZR/150).

The Rockies will start Antonio Senzatela (17.7 K%, 4.38 ERA, 4.50 SIERA, .329 xwOBA, 88.4 mph aEV) and this may turn into a bullpen effort too. Senzatela has the worst marks among today’s four starters (including Brandon Woodruff) among each quoted statistic. The Brewers were a league average offense (99 wRC+ at home, 100 wRC+ vs RHP) that comes with some stirkeouts (24.3 K% vs RHP is highest split today), but also some severe “mash” (17.1 HR/FB at home and 16.8 HR/FB vs RHP both highest splits on the board as well). The Rockies have a strong pen (3.18 FIP is third best last 30 days), but they may now be a bit over-worked this week even with yesterday’s day off. As seen in Chicago, the infield defense is a major strength, while the outfield defense is not so much. One would not think so, but the Brewers actually do hit nearly as many grounders as the Cubs (45.6% is fifth highest vs RHP). In fact, the Rockies, Brewers and Cubs are three through five in terms of highest ground ball rates vs RHP this season. 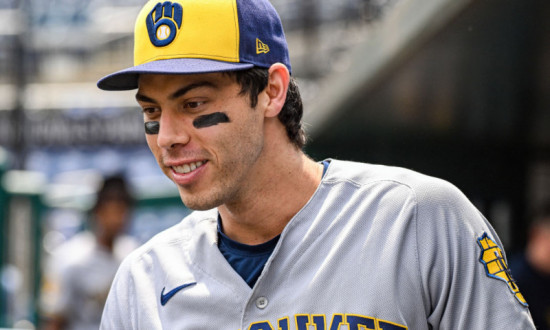 Weather will not impact the game inside the dome.

Despite some issues for their closer this season, the Dodgers can also claim a strength in the bullpen (3.57 FIP, 20.9 K-BB% last 30 days – both top five marks in baseball over that span). Hyun-Jin Ryu doesn’t always pitch the deepest into games, but none of today’s starters average six innings per start. His 27.5 K%, 1.97 ERA, 3.18 SIERA, .283 xwOBA and 85.6 mph aEV are all best on the board. In addition, he’s a reverse splits guy (RHBs .254 wOBA). The Braves will have LHBs at least batting third and fourth and those LHBs can hit LHP, leading to their 107 wRC+ and 20.1 K% against them this season, but the reverse split should make it more interesting. The Dodgers have the worst defense on the board by UZR/150 (-4.0), but have so many moving parts, it might be different with each lineup they employ.

Mike Foltynewicz ran a strikeout rate (27.2%) well ahead of his swinging strike rate (10.3%) for most of the season with it catching up to him over the last 30 days (23.1%, 10.9%). That doesn’t make him a bad pitcher, but his 2.85 ERA was still well ahead of his 3.77 SIERA, which itself may have been over-stated if the strikeout rate was not real. His 88.3 mph aEV further suggests, along with his SwStr%, that he may be a league average pitcher. Regardless, at the very least, the Dodgers can match up well with any offense left in the post-season, either league. It’s not just the heavy hitters like Cleveland, Boston or Houston. This is a lineup with depth rivaling or perhaps even exceeding the Yankees. They can bring middle of the lineup potential off the bench and had a 110 wRC+ at home with a 116 wRC+ vs RHP this season, both along with a 9.5+ BB% and 15+ HR/FB. The Atlanta defense was not bad (+2.8 UZR/100), but the bullpen was a major weakness down the stretch (4.87 FIP, 3.3 K-BB% last 30 days).

Weather should not impact this game in LA.

I like both home teams to win their series and likely both to win their first game, though I should mention there does seem to be some reverse line movement against the Dodgers for tonight right now. This has led to an interesting scenario just discovered where DK/SH each have Dodgers -167, but FanDuel has the Braves +172.

I’m going to act on this middle right now with two unit bets in each direction, sit back and enjoy the game. The profit is just a small 0.1 units if the Braves win with a break-even if the Dodgers win, but there’s also an extra wrinkle here.

Fanduel is running a special promotion that insures your MLB Divisional Round bets if your team is winning after six innings, but goes on to lose. Where does this benefit the most? Betting on teams with bad bullpens. Who has the worst bullpen in play tonight? The Braves. Where did we just bet the Braves? FanDuel. If the Braves are winning after six innings, but go on to lose the game, we have our cake and eat it too.

While on the subject, BetStars is insuring any NFL moneyline bets up to $20 for teams that lose games in the last two minutes as well. Which brings us to…

To be honest, I’ve not yet looked at the two college games yet and won’t even have the opportunity to until later on this afternoon. The NFL game has the Patriots as a large favorite over the Colts. In contrast to last season, it seems like Andrew Luck is the only healthy Colt for this game. The one thing that seems clear is you can’t bet the Colts.

On the other hand, Tom Brady gets back Julian Edelman and Josh Gordon has had another (short) week in the system. Gronk is a question mark though. 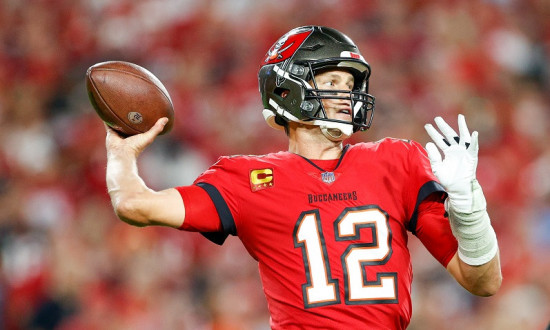 The Colts, even when healthier this season, have employed the short passing game at a slow pace. Despite the deficiencies in the New England defense, I’m not sure how they’ll be able to score much at all. Injuries to the secondary as well may allow Tom Brady to pick them apart.

Under
Colts Under
A well-hidden DraftKings Special Odds Boost on Tom Brady Over 22.5 DK points (fantasy) +150

I currently have the following WS winner futures active

Mentioned above, I like the Brewers (-140 FD) and Dodgers (-200 FD) to win their series, but haven’t explored every option yet. I may also consider the Dodgers to make short work of the Braves (+325 to win in three or four games each). I also have a $50 free bet on BetStars that expires tomorrow. The problem is that I can’t find series prices there, so may have to use it on the Brewers in Game One today.

So much going on today in so few games. I’ll be back with an update before the first MLB game starts.