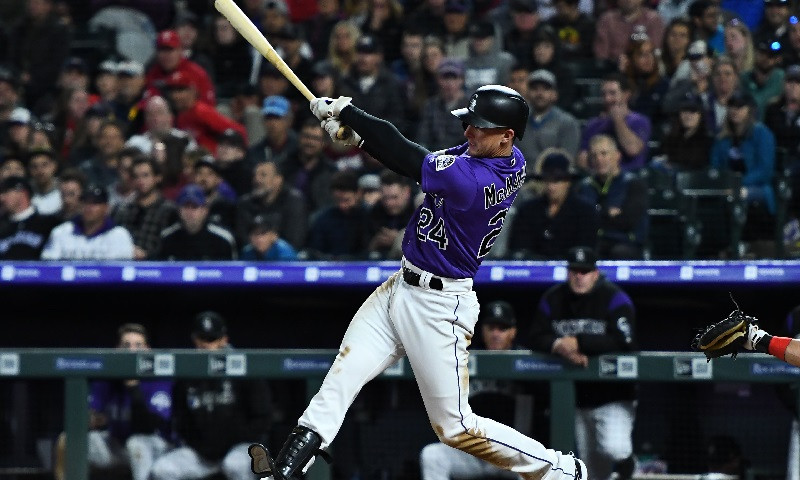 Big 13-game slate to end the week with Coors field still in action and beautiful weather across the country along with a big name returning from the IL and Juan Soto and Josh Bell getting their first chance at some Nationals revenge.

This is a daily weekday MLB article that can hopefully show you some new tools on RG as well as provide some picks and analysis based on those tools.

There are ways to get edges in DFS MLB such as stacking a lineup or targeting guys higher in the order and more likely to see an extra at-bat and we always need to find value bats that are constantly changing each slate that allow us to fit as many guys that we know are more likely to hit HR’s and get those ceiling games we need to win tournaments. I will be focusing on the “main slate” of the day but you can still find plenty of analysis for “early slate” games on RG and feel free to leave suggestions in the comments sections for any strategies/tools you’d like to see here!

This article is meant to highlight some of RG’s most helpful tools for MLB, including our industry-leading MLB DFS projections and MLB lineup optimizer, with some picks and analysis along the way. Let’s get to it!

Before we take a look at the projected lineups and picks for the day it’s important to get a feel for how weather will impact the slate so we know if we want to target certain games or avoid ones with too much risk. Two tools to use are are the MLB Weather Report and MLB WeatherEdge which are both managed by RG’s weather expert Kevin Roth who you should follow on twitter for up-to-the-minute weather news.

Not a single rain spot to worry about today and a couple scorching hot games including Coors field. ARI/COL will have temps in the low 90s at first pitch and stay in the 80s all game and LAD/KCR will have similar high 80s temps but much higher humidity. SDP/WSH, NYY/BOS, DET/CHW, PHI/NYM, MIL/STL, and MIN/LAA will all see temps in the mid 70s and slight breezes blowing in except MIN/LAA which will have 5-8mph wind out to left. PIT/SFG is the coolest game of the slate with temps in the low 60s and ~14mph winds out to center and the dome games today are CLE/TOR, BAL/TBR, SEA/TEX, and OAK/HOU.

Always take a look at MLB WeatherEdge to see how a wide range of statistics from games in similar weather conditions (since 2000) are more or less likely to occur based on todays weather in that specific ballpark. Today we see home runs for PHI/NYM are +16.5% while total runs for LAD/KCR are +14.3%.

Let’s take a look at MLB Starting Lineups to see what the likely batting orders are today (main slate for this article) as well as which teams I’m looking to stack. The projected lineups will usually be pretty consistent day-to-day with the main changes occurring based on the opposing pitcher being a righty or lefty as well as some guys more likely to get a day off if playing a day game after a night game.

The biggest lineup news of the day is the return of Julio Rodriguez who came off the IL yesterday and will be back in his leadoff spot tonight and Jesse Winker will also return from his back spasms that kept him out of the last couple games. Kyle Schwarber left yesterday’s game early with a mild calf strain and said after the game that he “probably won’t play tomorrow” so Bryson Stott will hit leadoff for Philly tonight and Max Muncy couldn’t swing a bat a couple days ago after taking a line drive off his hand but is in the lineup at DH today. Elias Diaz landed on the IL yesterday so Brian Serven and Dom Nunez will handle the C duties for COL and in other catcher news Joey Bart is day-to-day with a right ankle sprain but there is a chance he plays today.

The Rockies are my top stack today in Coors facing a low strikeout righty in Davies and the D-backs are my next favorite stack also in Coors facing a low strikeout righty in Senzatela. That game has a total over 3 runs higher than any other game today currently so most cash game and single-entry lineups will likely have full stacks on both sides of it so fading any part of it is the best way to be contrarian today. On any other non-Coors slate the Dodgers and Padres would be the clear top stacks both sitting on team totals around 5.6 runs with LAD hitting in some of the best conditions of the slate while SDP gets the low strikeout righty Abbott who just gave up 7 ER in his last start including four homers in 3 innings. The Astros are also in that 2nd tier of top stacks with a high team total hitting at home against the righty Oller who has allowed 14 ER over his last four starts. After those five teams there’s a pretty big drop in stacks I like but for GPPs I’d consider taking shots on TOR, NYY, BOS, SEA, and SFG.

Make sure to follow the RG MLB Twitter feed for todays confirmed lineups as well as our DFS Alerts page for important news and analysis.

With a good feel for the projected lineups, weather, and strong stacks to consider let’s check out LineupHQ, where you can create lineups in seconds with our lineup optimizer tool as well as the “build” tool where you can create up to 300 lineups at once based on your custom settings. 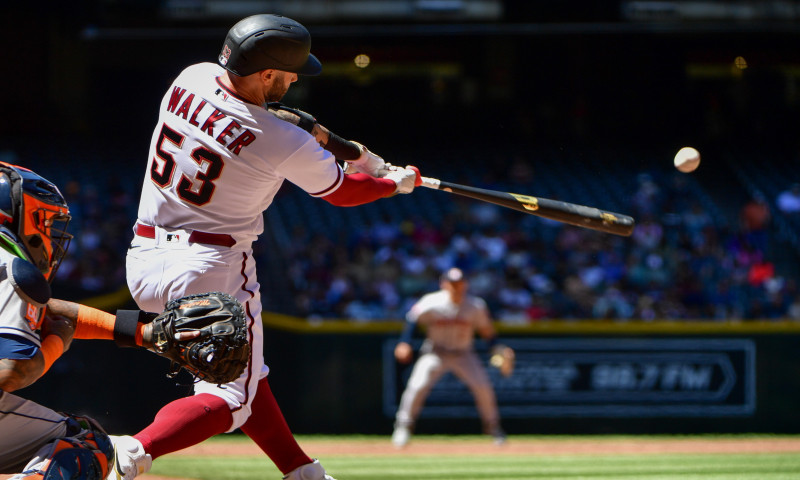 Max Scherzer is my SP1 on both sites and I will do my best to fit in Carlos Rodon with him on DK but if you want to go cheaper at SP2 I like Garcia and Kirby in the $9k-$10k range and for under $8k I like Clevinger, Berrios, Kopech, and Montgomery.

Keep checking LineupHQ as we start getting the confirmed lineups and projections change based off the batting order or guys getting a day off and we learn their replacement. The best p/$ plays are usually pretty consistent throughout the day for MLB but can always change if someone is hitting higher in the order than initially projected or a cheap value play gets a spot start for an injured/resting player.

If you have any tough last-minute decisions or need some quick picks, be sure to check out the Consensus Value Rankings, Expert Survey, and LineupHQ tags from our DFS experts.

For up-to-the-minute news and analysis leading right up to lock, make sure to watch MLB Crunch Time and follow the Plate IQ Live Blog later in the day.