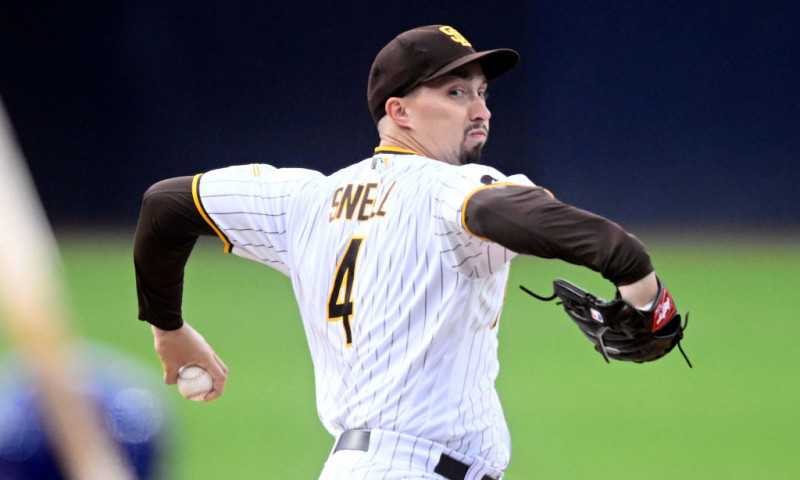 The 2021 MLB season turns two weeks old Thursday, which means bettors have a dearth of statistics and data to analyze when making their MLB predictions. The majority of rotational pitchers have started two games, bullpens have begun to show their stripes, and offenses are either cold (Miami), lukewarm (Boston), or smoldering (Cincinnati).

At RotoGrinders, our Bets of the Day sit squarely in the ‘smoldering’ category, as seven of my 10 top bets since Opening Day have hit. My Friday Night picks would have gone 3-0 last week, but I took the Dodgers’ spread instead of their moneyline—the defending champs ended up eking out a 1-0 win over the Nationals in their Dodger Stadium opener. But we will certainly take a 2-1 Friday, and a 7-3 start to the season.

Let’s dive into our Tuesday Bets of the Day, as well as our favorite spread and moneyline parlays. Hopefully you continue riding along on this season-long blitz of the online sportsbooks!

All MLB odds for this article are from BetMGM and PointsBet, and all statistics via Baseball Reference and MLB.com.

The Athletics have had a tough start to the season, due in large part to having one of the most difficult opening schedules in the majors. They kicked off the 2021 campaign against the hard-hitting Astros, then drew the defending-champion Dodgers, then had to travel to Houston to face the ‘Stros again. Seriously, Rob Manfred—what did Billie Beane do to you to warrant this kind of schedule abuse?

The brutal-luck tour might continue for the 3-7 A’s Tuesday, as they now get to face off against Zac Gallen in his 2021 regular-season debut. The third-year ace has just been activated from the IL, after he suffered a minor forearm injury while taking batting practice in Spring Training. Gallen finished ninth in the NL in Cy Young voting last year, with a 2.75 ERA, 1.111 WHIP, and 82 strikeouts in just 12 games. Now he draws the Athletics, who (as of this writing) rank dead-last in the majors in slugging (.318) and second-to-last in batting average (.164).

Of course, Oakland starter Jesus Luzardo is no slouch himself. The 23-year-old third-year hurler led the Athletics to their first victory of 2021 in his last start, besting the aforementioned Dodgers 4-3. He allowed two runs on five hits, and tallied six strikeouts across 5.1 innings. Luzardo also had eight K’s in his debut April 2 against the Astros.

Much has been made about the recent blow to Arizona’s offense, when stud slugger Ketel Marte went down with a right hamstring strain last week. The center fielder had been unconscious from the plate when he went down, with two homers, four doubles, five RBI, and an NL-leading .462 average in just six games. But the D-backs still have pop without Marte—they rank in the top 10 in runs (45), home runs (13), and RBI (42).

The tough sledding will continue for Oakland at home this evening, and Gallen will be all over the headlines after his season debut. Stick to the moneyline, though—I don’t like either team to pour it on tonight. For that reason, I’m somewhat interested in the total going UNDER 8.5 runs.

The Mets will host the Phillies for a double-header Tuesday, after a rainout Monday and a delay-turned-rainout debacle Sunday that had New York starting pitcher Marcus Stroman livid. The veteran righty was slated to start Sunday’s contest at Citi Field, and the home-team Mets had the option to either start the game or not start the game. They opted to start the game, which did not last long—two outs into the game, the umpires paused play, and eventually postponed the game.

After the umps then postponed yesterday’s contest right before game time, the Metropolitans have now played just five games in the first 12 days of their season. Their Opening-weekend series against Washington was postponed due to a COVID-19 outbreak in the Nationals organization. Since then, Mother Nature has served as the Mets’ biggest obstacle.

Their biggest obstacle tomorrow night will be stud Philadelphia right-hander Aaron Nola. The veteran flame-thrower has a 2.53 ERA through two games this season, both of which ended in no-decisions for him but wins for Philly. Nola served up a sparkling performance against the Braves on Opening Day, fanning six while only allowing two runs across 6.2 innings. He struggled a bit against these same Mets last Wednesday—needing 92 pitches to get through four innings—but he only gave up one earned run.

Nola rarely has two tough outings in a row, and he tends to play better against squads the second time he sees them in a season. And he will be going against Stroman, who could be all out of rhythm after thinking he wasn’t playing Sunday, then starting Sunday, then thinking he was pushed five games back due to the postponement, then being told he’s starting Tuesday night. That’s not great for a pitcher on the tail-end of his 20s, especially one who has already emphatically voiced his frustrations over the Met’s meteorological miscues (say it five times fast, I dare you). I’m taking New York in Game 1 of the double-header, and Philly in Game 2.

You can call me a broken record for picking the Padres nearly every single article…but if it keeps making us money, why question it? The last time I recommended San Diego, Joe Musgrove threw a no-hitter. The time before, Blake Snell pitched a gem that ended up a no-decision for him, but a win for the Padres (and for us).

Snell—who I affectionately refer to as the best No. 2 pitcher in the MLB—is somehow still searching for his first win of the season, despite only allowing two runs in two outings. He’s faced 43 batters, striking out 16 while only allowing six hits and six walks. Now he gets to face the Pirates without their most promising young hitter, IL’ed third baseman Ke’Bryan Hayes (wrist). The Pirates rank in the top 10 in the MLB in whiffs (99), and the bottom-10 in RBI (36).

Moneyline Parlay of the Day

Arizona Diamondbacks (-110) vs. Oakland Athletics (Zac Gallen vs. Jesus Luzardo) – see above. The Diamondbacks are at home with their ace back on the mound, and the A’s have been struggling offensively.

Philadelphia Phillies (-135) at New York Mets (Game 2, Aaron Nola vs. Marcus Stroman) – see above. The Mets have a lot of rust to contend with, due to playing just seven games so far and dealing with some dreary situations (literally). Nola is a great bet here.

San Diego Padres (-250) at Pittsburgh Pirates (Blake Snell at Chad Kuhl) – see above. The Padres are making a lot of bettors a lot of money, and Snell vs. the Pirates is a dream matchup.

Milwaukee Brewers (-140) vs. Chicago Cubs (Brandon Woodruff vs. Kyle Hendricks) – Woodruff was awesome against these same Cubbies at Wrigley last week, taking a no-hitter into the seventh and finishing with just one hit and no runs in 7.0 innings. He may not duplicate that performance, but I think the end result will be the same: a Milwaukee win.

Spread Parlay of the Day

San Diego Padres -1.5 (-136) at Pittsburgh Pirates (Blake Snell at Chad Kuhl) – Second verse, same as the first. I love the Padres against the spread just as much as I love their moneyline.

Milwaukee Brewers -1.5 (+150) vs. Chicago Cubs (Brandon Woodruff vs. Kyle Hendricks) – Sometimes, you gotta double-down on picks. I love Woodruff, who shook off his Opening Day jitters in a major way last week against the Cubs. I wouldn’t bet on another one-hitter through seven, but I would bet on a win by two or more runs.

Los Angeles Dodgers -1.5 (-145) vs. Colorado Rockies (Trevor Bauer vs. Antonio Senzatela) – The reigning champions will be teeing off against the oft-inconsistent Senzatela, who owns a staggering 7.13 ERA at Dodger Stadium. LA’s moneyline offers little value, but I love the (ODDS) with the spread.