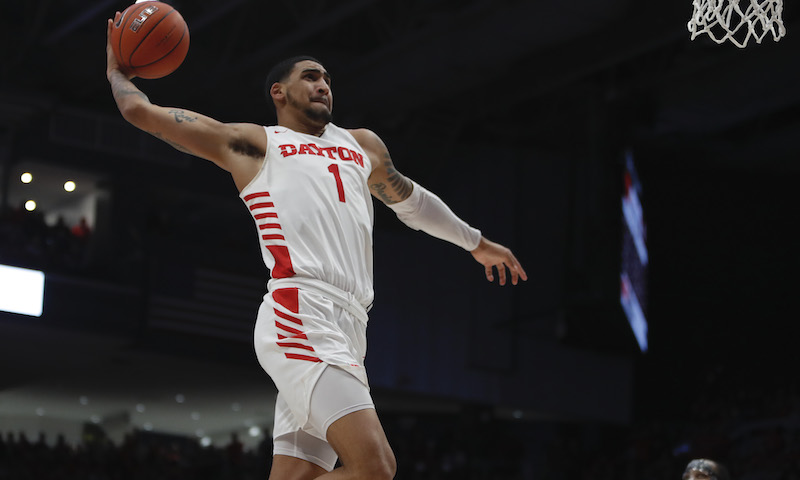 After a profitable NBA Draft last week, it’s time to start looking at 2021 NBA Rookie of the Year odds and best bets at online sportsbooks.

Before digging in, let’s first do some housekeeping and go over betting trends regarding the NBA Rookie of the Year award, just so we know exactly what to consider while perusing 2021 ROY odds.

Who Votes for NBA Rookie of the Year?

According to the press release for the 2019-20 award, the Rookie of the Year is voted on by “a global panel of 100 sportswriters and broadcasters”. In a normal season (the 2019-20 season was obviously not normal, which is why the award for that season only included games through March 11th), the votes would be tabulated at the end of the regular season, with each voter casting first, second, and third-place votes. A first-place vote gets a player five points, a second-place vote three points, and a third-place vote one point. Add those points up across all 100 voters for any player receiving votes, and whoever accumulates the most points is that season’s NBA Rookie of the Year.

That part is easy. What isn’t as easy is determining the criteria that these sportswriters and broadcasters will use when it’s time time to cast their votes for Rookie of the Year. For that, we have to 1) use a little common sense, and 2) look back to the recent winners for trends and clues.

The first thing that is very apparent when looking back at the last four seasons is that voters value the number of games played.

In Joel Embiid’s rookie season (2016-17), he averaged 20.2 points per game, 7.8 rebounds per game, and 2.5 blocks per game. Also a rookie at the time, Malcolm Brogdon averaged 10.2 points per game, 4.2 assists per game, and 2.8 rebounds per game. Just looking at the statistical averages, Embiid clearly had the better season between the two players. However, ROY voters felt differently. The main difference between the two? Embiid played 31 games compared to Brogdon’s 75. As such, Brogdon won the award convincingly, and Embiid actually finished third.

In 2020 we watched a similar situation play out between Ja Morant and Zion Williamson. Morant played 59 games before the bubble (games in the bubble were NOT taken into consideration for end-of-season awards), while Zion only played 19. Their stats were similar enough that the vote probably would have been extremely close if their games played were in the same ballpark. But the volume of games and minutes played do matter for voters, which is why Morant got 99 of the 100 first-place votes and easily won Rookie of the Year. Zion received the only other first-place vote but still finished third in the voting behind Kendrick Nunn (played 62 games, by the way).

The tricky part about games played, though, is that we have no idea what kind of injuries players will sustain throughout the regular season. So unless there’s someone like Zion Williamson who we know will get a late start or be placed on a minutes restriction, we can’t really use this nugget of information to our advantage right now, but NBA bettors should keep it in mind while looking for any futures bets during the season.

The other thing that voters prioritize is offensive statistics (duh). So while I am sure there are plenty of voters who love a good narrative (just like all of you DFS players do), I highly doubt it moves the needle enough to swing a vote.

Ben Simmons clearly outpaced Donovan Mitchell for votes in 2017-2018. With his 20.5 points per game, 3.7 assists per game, and 3.7 rebounds per game that year, Mitchell would have won in most other seasons. But Simmons was basically a 16/8/8 guy his rookie year, which got him 90 first-place votes to just 11 for Mitchell (apparently they had 101 voters that year!).

So looking ahead to the 2020-21 season, we want to find guys that are capable of putting up the best numbers based on their team’s situation — the ROY winner doesn’t necessarily have to be on a “contender,” per se. When it comes down to it, I think a player with significantly better stats on an ‘okay’ team is more likely to win this award than a player with a more marginal role but on a winning team.

Below you will find a few of my favorite 2021 ROY bets with the best odds I could find across a handful of different sportsbooks (PointsBet, FanDuel, DraftKings, BetMGM). Also keep in mind that I am writing this on Nov. 23, at the tail end of the always busy free agency period. Hopefully all of the big wheeling and dealing is finished so that my thoughts below won’t be affected much, if at all.

I think Hayes has the clearest path to winning Rookie of the Year when looking at the situation he is walking into. First and foremost, the Pistons are in obvious rebuilding mode, and their off-season transactions equate to a bunch of bigs coming in and most of their guards going out.

Gone is Luke Kennard. Gone is Bruce Brown. All of Langston Galloway, Brandon Knight, and Jordan McRae are unrestricted free agents. Sure, Derrick Rose is still on the roster, but the Pistons preferred to bring him off the bench last season in an effort to keep his minutes per game reasonable based on his balky knees. He is also in the final year of his contract and will surely make for a good addition to a contending playoff team come trade deadline time later this season. The Pistons also picked up Delon Wright in a trade, but he has not proven that he is capable of being a lead ball-handler.

So unless you count Saben Lee (who the Pistons took at #38 in this year’s draft) or expect the Pistons to make further moves, this is Hayes’s competition at point guard: Derrick Rose and Delon Wright. I wouldn’t rule out the Pistons giving Hayes the keys to the team right when training camp opens. They have to realize how awful they will be this year, so it would make sense to live with his ups and downs if it means giving the rookie some valuable experience for brighter years ahead.

Adding to Hayes’ intrigue as a player overall is how polarizing he was as a prospect heading into draft night. Some draft evaluators (like Kevin O’Connor) had him as the best prospect in the entire draft. I also saw plenty of others that were far, far lower on him. Ultimately, some thought the Pistons got a steal at #7, where others thought it was still a bit of a reach to take him in front of Tyrese Haliburton.

All of the oddsmakers currently have LaMelo Ball as the “favorite” to win the 2021 Rookie of the Year Award at roughly +400 odds. And while I wouldn’t argue with anyone who wants to get some LaMelo shares based on his talent, the situation in Charlotte isn’t nearly as friendly as the one Hayes has. Not only are the Hornets set to return their top three usage guys (Graham, Rozier, Monk, who also happen to all be guards), but they just signed Gordon Hayward to a massive four-year contract. Even at his small forward position, Hayward is adept (when fully healthy) at initiating offense, too. That is just another guy to take the ball out of LaMelo’s hands and decrease the rookie’s usage.

So considering Hayes has arguably the best situation of any rookie in this year’s class, I will happily take on a little volatility of what kind of player he is going to be when factoring in these +1000 odds at PointsBet. Your route to him winning the award is the Pistons giving him the keys to the team from the get-go. From there, we hope he performs on the court and becomes one of the better players from this draft class. The Pistons should be terrible, so he will have to put up some really good numbers to get the votes. But all things considered, I think he is going to have the opportunity to do it.

Two obvious roadblocks stand in between Obi Toppin and the NBA ROY trophy, so let’s talk about those first.

1. Tom Thibodeau: Thibs is the new head coach of the New York Knicks, and to say he has no interest in developing prospects is putting it mildly. Thibs finds the guys who have the best chance of helping his team win ball games now and piles minutes on them. Don’t expect anything to change now that he’s coaching in Madison Square Garden.

2. Julius Randle: Randle led last year’s Knicks team in usage rate and also happens to play the same position that Toppin is expected to play in the NBA. Toppin will need a few things to fall his way regarding this situation, whether that be Randle getting traded or Thibs being comfortable rolling out a lot of Randle/Toppin on the floor together in lieu of Mitchell Robinson minutes.

It isn’t a totally hostile environment for Toppin’s ROY hopes, though. Even in regards to Thibs’s propensity to play veterans over youngsters, it really just comes down to who deserves the minutes. So the fact that Toppin (who is already 22 years old, by the way) is one of the most “NBA-ready” players in this draft class bodes well for his chances to earn a bunch of frontcourt minutes despite Thib’s occasional stubbornness.

Another thing in his favor is what the Knicks have done with their frontcourt transactions in the offseason. We know they traded Marcus Morris to the Clippers in the middle of last season, but they also lost Bobby Portis (signed with Milwaukee) and Taj Gibson (waived; could still potentially return on a new deal considering his history with Thibs) during the offseason movings and shakings. Following the Morris trade, Randle, Robinson, Gibson, and Portis basically played all of the minutes at the four and the five positions.

On the flip side, Nerlens Noel and Omari Spellman are the only bigs that the Knicks have brought in so far this offseason. I’d have to imagine that Toppin will be ahead of Spellman on the depth chart, and I think Noel will mostly be used to back up Robinson at center.

So for me, I think this ultimately comes down to how good Toppin is at this level. If he can play, Thibs will find minutes for him, even if it is at the expense of someone like Robinson (who was drafted under a different regime, mind you). And if Toppin is even better than advertised, Thibs will ride him just like he is a veteran.

I definitely like the Hayes ROY bet better (especially with those odds at PointsBet), but Toppin is next on the list for me. He has longer odds than all of LaMelo Ball, James Wiseman, and Anthony Edwards, and I think that trio is sitting ahead of him on 2021 NBA ROY betting sheets for no reason other than the fact that they were selected with the first three picks of the NBA Draft. In my opinion, Toppin has a more straightforward path to winning Rookie of the Year, so I’ll easily prioritize the better payout with this 2021 NBA ROY pick.

Bet on Toppin +650 to win Rookie of the Year