MLB Picks & Predictions: Backing the Zachs and Trusting the Matts 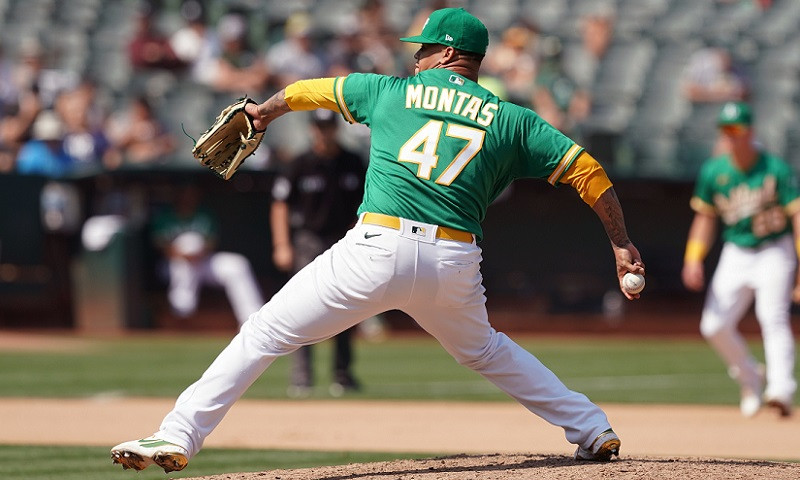 As all sports bettors know, the MLB season is an extremely long haul. All those metaphors about it being a sprint and not a marathon ring true throughout the season, and proverbial bumps in the road happen to the best of us.

That doesn’t take the sting out of me serving up the 0-fer Tuesday. I’m supposed to be making you money, not costing you money! Well, my not-so-humble brags about being up 7-3 on the season caught up to me, and I came tumbling down to 7-5 in dramatic fashion.

Let’s look at the bright side: we’re still in the black. And we’ve got a great slate of MLB betting action to look forward to Friday night (as well as a rare Friday afternoon game at Wrigley!).

So, let’s forget about the D-backs taking Zac Gallen out after four strong innings Tuesday, and Blake Snell spontaneously combusting against the Pirates, and Philly’s Aaron Nola somehow getting out-pitched by the Mets’ Marcus Stroman. We’re not bitter—we’re moving on! Let’s pick our heads back up, and go make some more money with more MLB predictions and picks for Friday.

All MLB odds for this article are from BetMGM and PointsBet. All stats via MLB.com and Baseball Reference.

I’ve decided I don’t pick enough underdogs, so I’m going with the Cubbies at home in the matinee game. Maybe I’m buying the narrative of Atlanta scuffling in their NLCS-loss hangover, or maybe I just like pitchers named Zach?

Like Eflin, I believe Zach Davies is one of the more underrated arms in the NL. Sure, he got lit up by the Pirates last time out, but as the 28-year-old pitcher alluded, sometimes you just need a kick in the ass (https://sports.yahoo.com/cubs-zach-davies-loss-sometimes-024428647.html). This guy still maintains a hard-hit rate in the mid-30’s, and still enjoys an average exit velocity of just 86.0 MPH. Davies doesn’t blow anyone away with his 89 MPH four-seamer—instead, he relies on a good balance of the fastball, his tremendous changeup, and his highly-effective sinker.

The Braves have had a tough go of it lately—they had to scratch and claw their way back from a ninth-inning deficit Thursday night, desperately avoiding the series sweep to the Marlins. Atlanta’s 7-6 comeback win snapped its four-game losing streak, but it looked like a mentally and physically exhausting battle. Making matters worse, the reigning NL East champs haven’t had a day off since last Thursday.

Drew Smyly, meanwhile, has been getting hit hard. He has allowed three dingers in 11 innings pitched this season, and his hard-hit rate has reached a whopping 61.3 percent. The 31-year-old vet did not enjoy the lone outing of his career against the Cubs, either—he went five innings, allowed two homers and five runs on seven hits and two walks. It could have been worse, too—his BAbip that game was .357.

Adding insult to injury, Smyly stinks in day games. His lifetime ERA in afternoon affairs is 4.61, and he has won just eight of the 21 day games he has started in his eight-year career. Give me the Cubs at Wrigley against a tired Braves squad.

Zach Eflin and the Phillies got rained out Thursday, so the sixth-year pitcher moves right into my Friday Bets of the Day column. One of the more underrated starters in baseball (probably due to his nagging back injuries in the past), Eflin just seems to get better under the radar each year. His curveball is absolutely filthy, he limits extra-base hits, and he throws a high percentage of strikes (69% this season). His ERA has improved in each of the past four years, and his age-27 season could be his breakout.

I love Eflin on a Friday night in April at home, where his career splits are drastically better than his career numbers on the road. Just take a look at how much better he has fared at Citizens Bank Park. Then look at his numbers in the months of March and April.

The numbers that really stick out for me are Eflin’s batting average against at home and in the month of April. Combine those factors with the fact that St. Louis ranks in the bottom 10 in the MLB in batting average—and often struggles with off-speed stuff—and I’m all-in on Eflin. He just needs some run support, something that never seems to come easy for him, but I believe it will come against Carlos Martinez.

I think the Phillies turn this Friday night home affair into a get-right game, and put the bats together in support of their confident home pitcher. These teams are both 6-6, but it just feels like the Phillies are a much better 6-6 team than the Cards. I’m taking Philly -135 for the Moneyline of the Day.

I’m happy for Motor City that the Tigers have performed fairly well out of the gate, but I just don’t see it lasting. They still rank in the bottom-third of the majors in runs and average, and they still have a less-than-stellar pitching staff (5.09 team ERA, tied for 27th in MLB).

Jose Urena gets the nod for Detroit Friday evening, after issuing an AL-leading nine walks in his first two losses. He has allowed eight runs (7 earned) in just 7.2 innings pitched this season.

Oakland’s batters, who have come alive with 37 runs in its five-game winning streak, must be salivating at the opportunity to inflate Urena’s numbers even more. The Matt’s have been smoldering for the Athletics as of late—Canha, Chapman, and Olson are all hitting the cover off the ball. And veteran Jed Lowrie seems to be staging a career resurgence in his second stint with the A’s.

If they can figure out how to stay consistent on the mound (and stay healthy), the Athletics could be a real problem in the AL West. That includes Frankie Montas, who teased spectacular stuff in 2018-19, but hasn’t quite delivered on a consistent basis since then.

I like Montas at home against the lowly Tigers, and I expect the A’s lineup to remain on fire and provide him with plenty of run support. I would even contemplate the -1.5 spread (+105 on BetMGM, +110 on PointsBet).

MLB Parlay of the Day (Moneyline)

Chicago Cubs (+115) vs. Atlanta Braves (Zach Davies vs. Drew Smyly) – see above. This will be the Braves’ eighth of ten straight games, and Smyly has a poor track record in day games. The Braves lose their fifth game in six days.

Philadelphia Phillies (-135) vs. St. Louis Cardinals (Zach Eflin vs. Carlos Martinez) – see above. I’ll take Eflin over the washed-up Martinez 10 times out of 10. Eflin’s numbers are superb at home, and he always pitches well in early spring (side note: it’s too bad the Indians’ Zach Plesac isn’t playing today—we could have had an all-Zach parlay).

San Francisco Giants (-136) at Miami Marlins (Anthony DeSclafani vs. Daniel Castano) – DeSclafani has enjoyed a good start to the season (one earned run in 11.0 IP), and the Marlins once again sit in the middle-of-the-pack of the MLB offensively. DeSclafani has faced 48 batters, and generated 26 swinging strikes (14%) and 21 called strikes (12%). Meanwhile, Miami has struck out 120 times on the season.

MLB Parlay of the Day (Spread)

Oakland Athletics -1.5 (+110) vs. Detroit Tigers (Frankie Montas vs. Jose Urena) – see above. The A’s have won five games in a row and six of their last seven. Detroit is still not a good team overall, and Urena is one or two more implosions away from a demotion.
Philadelphia Phillies -1.5 (+140) vs. St. Louis Cardinals (Zach Eflin vs. Carlos Martinez) – see above. I like what I like, and I love the Phillies in this one.

Los Angeles Dodgers -1.5 (+105) at San Diego Padres (Walker Buehler vs. Ryan Weathers) – The Padres just had trouble with the Pirates (splitting the four-game series), and now they put a reliever on the mound for Game 1 against the reigning champions. Even if Tatis, Jr. returns to San Diego’s lineup, I don’t like the Padres chances against Buehler.