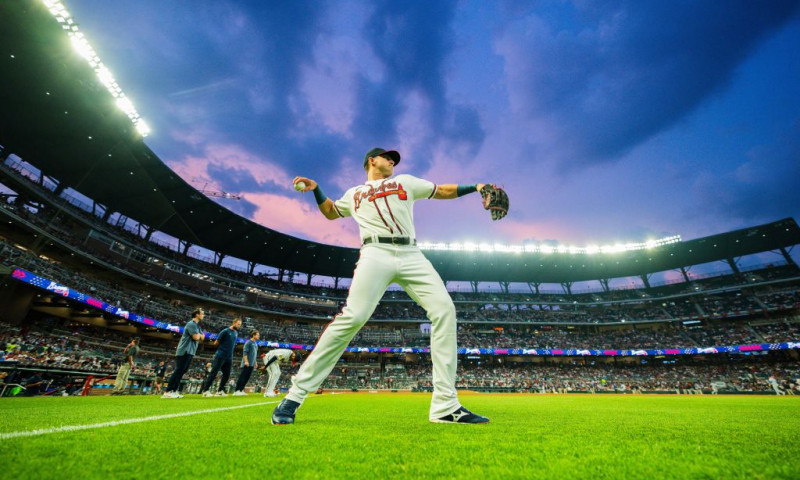 The 2022 Major League Baseball All-Star Game will take place at Dodger Stadium in Los Angeles on Tuesday. MLB Oddsmakers currently list the National League as -116 favorites. The run total currently sits at 7.5, which is 2.5 runs less than it was last season at Coors Field in Denver.

We have the opportunity to witness many of the best baseball players in the world playing in the same stadium together on Tuesday. The National League roster really jumps off the page at me. We’re going to see many high-caliber arms throw on both sides. In fact, over the last three all-star games, just three total pitchers logged more than one inning during the contest.

If there were any candidate to throw two innings, my money would have been on Sandy Alcantara, but he last pitched on Friday, and I can’t see that on four-days rest.

Many 2022 all-stars are either inactive or have chosen not to play in this year’s mid-summer classic.

Despite missing more high-upside pieces, the National League is still favored to win, which is a testament to the true depth of its conference. Heck, the Dodgers starting lineup is worthy of an entire all-star roster in its own right.

In my opinion, the hitting depth of the National League will be too much on Tuesday. Although I really like the additions of Jordan Romano and Liam Hendricks as replacements, considering all of these innings are basically one-inning, high-leverage-type situations, the depth of the AL staff isn’t blowing me away.

Is trend your friend? Four of the last five all-star games have gone under the current 7.5 total on most betting boards.

Of course, there is talent everywhere, but I think the under is the play here. Despite having the best lineup in baseball play within its confines, and most oftentimes, the team with the highest team total on the board, Dodgers Stadium ranks 11th overall in runs per game. I’m not too impressed by that number, and the ballpark dimensions aren’t exactly friendly. It’s 385 to right-and-left center, 395 to dead center and a respectable 330 down each line.

Despite some of the pure aces missing Tuesday’s game, the relievers that were added to both squads are lights out. Modern-day baseball has transformed to strikeouts and home runs. I’m backing the under here. In elite pitcher vs. batter matchups, I’m taking the arm every time.

Let’s hunt for some longer shot odds to win the MVP.

In fact, I’m targeting two National League hitters that play on the same team. In a game where there is projected to be less than eight runs, it’s possible we only see a homer or two, which sets up great to look for some variance, unlikelier outcomes and one swing of the bat changing the entire betting landscape.

There are surely elite arms in this game. But gun-to-head, I think some of these AL pitchers (outside of McLanahan) are exploitable. Why is there a reason to believe someone like Riley or Swanson could take any of these guys yard?

Martin Perez (LHP) – He’s been great this year, but I’m not buying stock here. Over his career, against right-handed batters, Perez yields an awful .291/.354/.453. Over the short term, he’s given up 6 barrels across the last three games.

Nestor Cortes (LHP) – Cortes has been electric this year against lefties, but human vs. right-handed hitters. He’s yielding 12 bombs against RHB this season (this is coming from a Yanks fan). I’ve been expecting some regression as we move further into the season. His swinging-strike rate just isn’t good enough to sustain the incredible start he had to the season. Cortes has given up seven homers over his last five games. Nestor has given up at least one barrel in seven-straight games.

Gregory Soto (LHP) – Miguel Cabrera is the AL’s new “Legacy Selection,” but Gregory Soto is the guy who earned the spot. He’s given up ZERO career homers to lefties, but 19 to RHB.

Paul Blackburn (RHP) – The lone A’s representative has to get some action, right? Blackburn was one of the breakouts of the fantasy industry after a revamped curveball. However, he hasn’t been pitching like an all-star recently. The 28-year old has given up a whopping 21 earned runs and six homers over his last five starts. He hasn’t been a fantastic pitcher in the pros until this season.

Riley and Swanson are both NL reserves, but that means they probably won’t square off with McLanahan – and if we’re lucky, they’ll miss Ohtani too. Both Braves are the lone reserve at their respective positions on the team and I’m projecting two at-bats for both of them (although Trea Turner is the home-crowd kid at SS) and hoping they don’t have to battle either top-tier AL pitcher. Some of these AL relievers such as Romano are truly “lights out,” but in a long-shot scenario, if we get the right matchup, one quick bomb could be all it takes to win the MVP.

Riley owns a .393 ISO against lefties this season, while still doing plenty of damage against righties. Swanson, in a limited sample size, owns a .216 ISO against lefties and a .523 SLG. According to baseballsavant, Riley is 10th in all of baseball in barrel percentage, while Swanson ranks 30th. Not too shabby. So, yeah, we want to see some of these lefties. And if it’s Blackburn, that’s great too. I just don’t think he’s THAT good. The MVP could really just come down to a home-run call on the winning side. The stars obviously need to align, but if you play MLB DFS, you know variance is king.