I hope you enjoy it, and I hope it helps you think about today’s MLB plays in a new way as you build your DFS lineups. Here are 10 Notes for Friday, May 17th.

1. Over the past three seasons, Jacob deGrom has faced the Miami Marlins on eight occasions; he’s only struck out fewer than 8 batters in just one of those eight games, striking out 74 and walking just 9 in those contests. In this matchup, deGrom is essentially the bearded, head-taller-than-the-rest-of-the-team “12-year-old” standing on the mound, and the Marlins are a team of scared-to-death Little Leaguers. We know the outcome, and it will not be pretty. For the season, the Fish have an MLB-low 24 home runs, eleven fewer than the Detroit Tigers (35), who have the second-fewest. But it’s not only that the Marlins don’t make good contact; they barely make any contact. Their 27.1 percent K rate against right-handed pitchers is second-highest in MLB. It’s almost unfair, and deGrom is one of the easiest cash game clicks of the young season. The only real question is whether deGrom strikes out 14 (as he did the first time he faced the Marlins in 2019) or 8 (as he did the second time). Assuming the latter is a possibility, there is room to consider other high-strikeout, (presumably) low-owned arms as tournament pivots. Which leads us to…

2. Gerrit Cole, who has five games of 10+ strikeouts in 9 starts this year (most in MLB); during his entire tenure with the Pirates, a five-year stretch that spanned 127 starts, he had six such games total. It’s no secret that Cole has ramped up the strikeouts since moving to the American League, but it is incredible that he’s ramped them up in year two as an Astro. This year, his 38.9 percent strikeout rate is best in MLB; his 16.3 percent swinging-strike rate is third-best; his 78.9 percent zone contact rate is ninth-best. Unlike deGrom, Cole is cursed with a matchup that is pretty close to a worst-case-scenario, as the Red Sox fan at a low 20.3 percent clip against righties and walk at an MLB-high 11.6 percent rate, as well. While deGrom is a legitimate CGSO candidate, Cole may not make it through six innings. But then again, he might, because this is baseball and weird things happen. And that’s why he’s worth owning in GPPs. 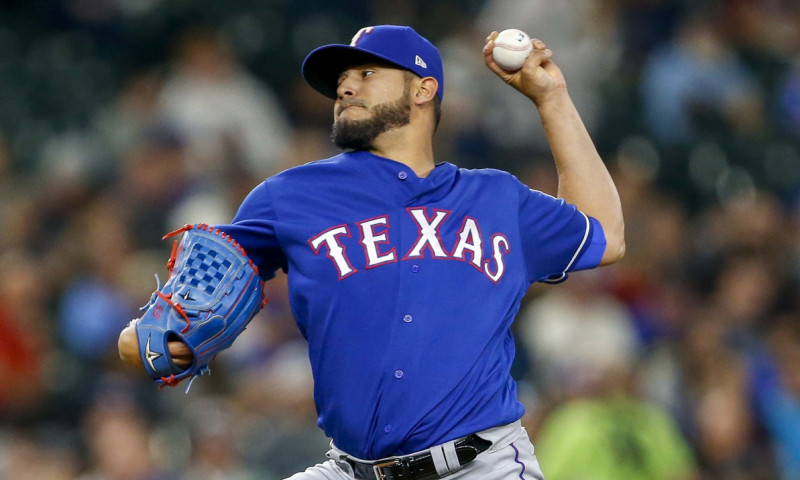 3. Martin Perez had never thrown a cutter prior to 2019; this year, the 11.8 pVAL on the pitch is the best of any pitcher’s cutter in MLB. In other words, Perez introduced a new pitch into his repertoire this season, and it’s already the best in MLB (and yeah, I know that’s a crude interpretation of how pitch values work, but you get the point). The new offering has been pivotal in Perez’s ascendance to “viable DFS arm,” territory that had previously been foreign to him. He’s nearly doubled his strikeout rate since last season (13.1% in 2018; 24.0% in 2019), and the improvement seems to be real, as it’s supported by an 11.4 percent swinging strike rate, which represents a huge jump from his career 8.0 percent mark. The Mariners are not a gimme matchup, ranking in the top third of MLB in wOBA, ISO, and wRC+ against lefties. And Perez is probably off limits at FanDuel, where he’s priced way too close to the elite trio of deGrom, Scherzer, and Cole. But at DraftKings, his $8,600 tag is more palatable, and he’s in play as a low-owned SP2 for tournaments.

4. The Pirates have faced 11 left-handed starters this season; only one of those starters (Brett Anderson) has struck out fewer than a batter per inning in those games. It’s not just the strikeouts, though; their 64 wRC+ against southpaws is tied with the Giants and Marlins for dead last in MLB. Joey Lucchesi is next in line, and his combination of good-enough strikeouts and ability to limit hard hits is impressive: he’s one of only 12 pitchers in MLB (min. 30 IP) with 22 percent strikeouts and a sub-30 percent hard-hit rate. Lucchesi looks to be mega-popular , and even with the plus matchup, this could go sideways quickly, which makes pivoting over to another low-price option in GPPs interesting. Maybe somebody like…

5. Trevor Richards, who has a 77 percent contact rate on pitches in the strike zone; that’s the second-lowest mark in MLB behind only Blake Snell. Richards’s 13.3 percent swinging strike rate is 13th-best in MLB, ahead of guys like Matthew Boyd, Trevor Bauer, and Patrick Corbin. He’s got legitimately underrated stuff, but unfortunately, it hasn’t translated into results, as evidenced by his 4.52 ERA. Even in a decent matchup with the Mets, even in his pitcher-friendly home venue of Marlins Park, Richards shouldn’t be anywhere near your cash games. On a weak slate for SP2, though, Richards fits the bill as an under-the-radar option with a bit of upside for GPPs.

6. Joc Pederson is clubbing a home run once every 9.1 at-bats this season; the only player with a better rate than that is Christian Yelich (7.9). His opponent on the mound, Anthony DeSclafani, has a .359 wOBA against lefties since the start of 2014; that’s third-worst of the 86 pitchers with at least 240 innings pitched against lefties over that span. Pederson would be an excellent play no matter the venue, but at power-boosting Great American Ball Park, the ball should be flying into the seats early and often. At FanDuel, there’s a whole slew of undepriced Dodgers lefties (Pederson at $3,100; Alex Verdugo at $2,800; Corey Seager at $2,900; Max Muncy at $2,800) just begging to be paired with Jacob deGrom in cash games, and Pederson (particularly if he bats leadoff) is front and center. 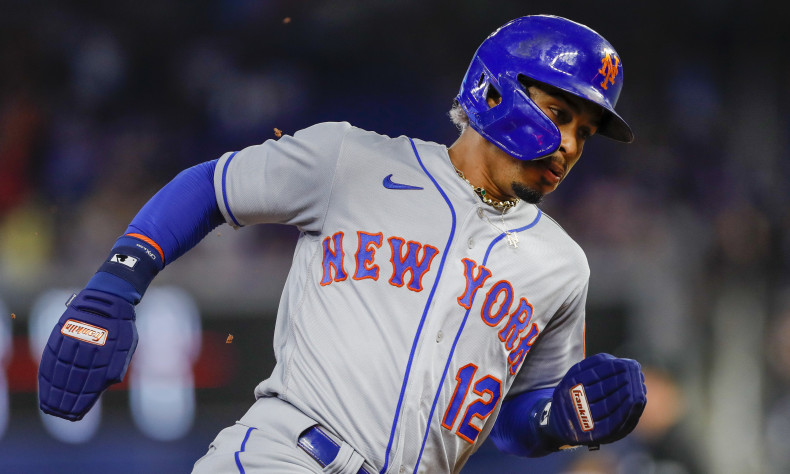 7. Since 2017, only two players in MLB have a .235+ ISO and a sub-15.0 percent strikeout rate against righties (min. 1000 PA), and they’re both on the same team: Jose Ramirez and Francisco Lindor both possess a rare contact and power combo. Both also feel a bit underpriced at DraftKings in a matchup against Dylan Bundy and the Orioles’ atrocious stable of relievers, a unit that has allowed 36 home runs (more than the Rays entire pitching staff, who has only allowed 35) and an MLB-worst 5.77 ERA. Pairing the two of them with a few other Indians lefties (Carlos Santana, Jason Kipnis, Jake Bauers) could be a winning formula in GPPs.

8. Only four hitters in MLB have a hard-contact rate above 40 percent and a soft-contact rate below 8 percent. Here they are, with their wRC+ noted in parentheses: J.D. Martinez (142), Christian Walker (135), Justin Turner (131), and Matt Carpenter (87). One of these is not like the others. Carpenter is still making plenty of good contact, but the results haven’t followed. Then again, there’s no better antidote than a hot-weather game in Texas. Carpenter’s performance has reduced his price tag across the industry, and he’s an easy plug-and-play in cash games.

9. Over the past three seasons, Khris Davis has a .277 ISO and 48.6 percent hard hits against lefties. The only other hitters in MLB to match those numbers (min. 200 PA) are Giancarlo Stanton, Trevor Story, and J.D. Martinez. It’s a misnomer to call Davis a “lefty masher” simply because he’s a “pitcher masher.” Unfortunately for Daniel Norris, he is a pitcher. Davis continues to be priced egregiously low at DraftKings at just $4,100, and that’s a price tag you almost have to take advantage of given Davis’s raw power and multi-dinger upside.