I hope you enjoy it, and I hope it helps you think about today’s MLB plays in a new way as you build your DFS lineups. Here are 10 Notes for Friday, August 23rd.

— He’s recorded 6+ strikeouts AND 3 or fewer earned runs on 37 occasions.

— He’s limited opposing hitters to one or fewer home runs on 39 occasions.

With a 2.52 ERA and 32.3 percent strikeouts over that span, it’s safe to say deGrom loves pitching at CitiField. “deGrom At Home” is brand that has worked for a long time in DFS, so it’s no surprise to see him priced as the most expensive pitcher at DraftKings ($11,300) and FanDuel ($11,200), even in a dicey matchup with the Braves (.335 team wOBA vs. RHPs, sixth-best in MLB). In three matchups with the Braves this year, he’s been just fine in the strikeout department (9, 10, and 7 strikeouts), though he’s only exceeded 18 DraftKings points in one of those starts. With a few less expensive pitchers in superior matchups (see: Lance Lynn vs. White Sox, Jose Berrios vs. Tigers), there may be no need to go all the way up to deGrom in cash games. But there’s no question that pitching at CitiField gives deGrom the advantage from a raw points perspective.

2. Only two pitchers in MLB this year (min. 40 IP) have a 34 percent strikeout rate and a walk rate below 5.0 percent against right-handed hitters this year: Max Scherzer and Lance Lynn. It’s not like Lynn will be facing exclusively right-handed hitters, but it is noteworthy since the White Sox’s best hitters (Jose Abreu? Tim Anderson? James McCann? That’s all I got…) hit from the right side. It’s worth paying attention to the White Sox lineup, because the more righty-heavy it is, the more upside Lynn has (by contrast, Lynn has a 20.4% K rate and 8.2% BB rate against lefties). Even if Lynn only faces 3 or 4 righties, the White Sox have been abysmal against right-handed pitching this year, with the third-highest K rate (26.1%) and the lowest BB rate (6.2%) against righties. And it’s been worse as of late. Tanner Roark, Mike Fiers, Chris Bassitt, Griffin Canning, Spencer Turnbull are all subpar right-handed pitchers who have managed at least six punchouts in starts against the Sox since the beginning of August. It’s a dream matchup for Lynn, and putting up, say, 8 strikeouts seems well within reach (and on that note, Lynn has 14 games of 8+ strikeouts this year, the same number as deGrom). 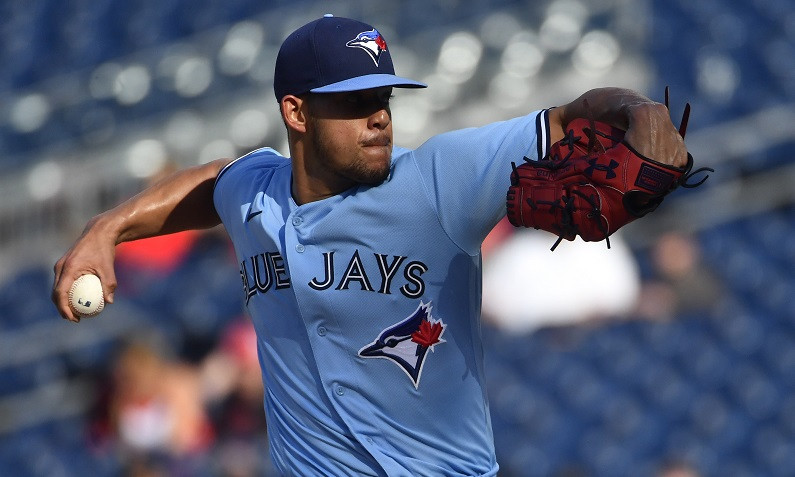 3. The Detroit Tigers currently have a .288 on-base percentage against right handed pitching; if the season ended today, that would be the lowest since the 1981 Toronto Blue Jays, and the 15th-lowest by a team since 1908. Jose Berrios may not be a bona fide ace – his 22.7 percent K rate ranks 34th among qualifiers, around guys like Tanner Roark and Jon Lester and Adam Wainright. But this is a “don’t overthink it” spot; he’ll be graded on a curve in this matchup. While his lack of dominant strikeout stuff may limit Berrios’ tournament upside, the likelihood that he keeps runners off the base paths and ends up with the win (the Twins are -210 favorites, and even that feels too low) means that Berrios is a super safe cash game option.

4. He’s not Jacob deGrom, but Jack Flaherty has also really enjoyed pitching at home this year. He’s one of only six pitchers ith a 2.89 ERA or below and 30.6 percent K rate or better in his home park, joining Gerrit Cole, Charlie Morton, Justin Verlander, Max Scherzer, Walker Buehler. On Friday, his matchup is better than one might think, as the Rockies’ numbers outside of Coors Field are pretty jarring. As a team, they have a .289 wOBA on the road, 29th in MLB (ahead of only the Marlins at .280). For context: that’s just a few ticks better than Gordon Beckham, at .286. Their 26.6 percent road strikeout rate is third-highest in MLB, as well. The run prevention should be there, as should the strikeouts. I’m not sure what it’s going to take for Flaherty to be priced above $10,000 at DraftKings, but until he is, he’s a bargain.

He’s also seen a 13.9 percent jump in his hard hit rate since 2018, the largest increase in MLB among pitchers with 80 IP in both 2018 and 2019. He just keeps pumping four-seamers, at 64.7 percent (most in MLB this year, min. 1500 pitches), and batters are slugging .473 on the pitch. It’s not a great strategy in the juiced ball era, and it’s led to plenty of home runs (Velasquez’s 2.02 HR/9 would be third-worst in MLB if he had the innings to qualify). But this is the part where I tell you that none of that matters, because he’s facing the Marlins, a team that has managed a paltry 71 home runs off righties this year. That’s 19 short of the next-lowest team (the Royals, at 90). It’s just getting funny, at this point. Case in point: if the Yankees, with an MLB-leading 177 dingers off righties this year, magically didn’t hit a single home run off righties for the rest of the season, and if the Marlins hit three homers against righties every game for the rest of the season, they wouldn’t catch the Yankees until their final game. All this to say, Velasquez is a flawed pitcher, but the Marlins are pretty much all flaws. Velasquez should have a big game. 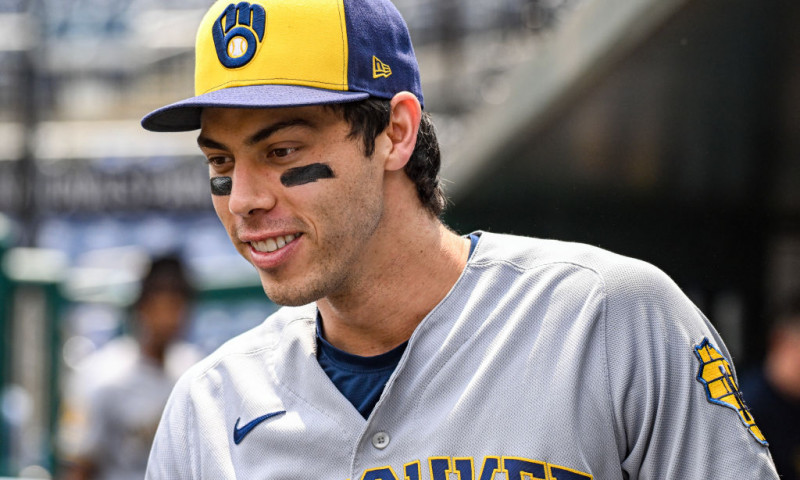 6. Christian Yelich has 229 plate appearances at Miller Park, and he’s posted a .443 ISO in his home confines. Since 2000, only Barry Bonds (.549 ISO in 2004) and J.D. Martinez (.465 ISO in 2017) have hit for as much power in their home parks. Merrill Kelly hasn’t allowed terrible production against lefties (.332 wOBA), but he only fans them 15.6 percent of the time, and he allows 45.9 hard hits (seventh-most among qualifiers). Friday is a confusing day for hitters, with plenty of just-good-enough pitchers and just-bad-enough parks that it’s tough to be super excited about any single offense. On slates like this, it makes sense to simply target the guy who has been arguably the best hitter in baseball over the past calendar year, provided some value opens up once lineups are released.

7. Since July 25th, Nelson Cruz has five games of 36+ DraftKings points; that’s roughly 18 percent of the 36-point games in all of MLB. And this despite the fact that he missed 10 days of action on the IL over this span. He’s got a balky left wrist, but it doesn’t appear to be holding him up too much: he’s already got a four-hit game and a homer in the three games since returning from the IL. In a matchup with a homer-prone lefty in Matt Boyd (prior to keeping the ball in the yard in his most recent start, Boyd had allowed seven home runs in the previous two starts) who allows tons of fly balls, Cruz is a readymade tournament play, particularly at FanDuel where he’s a reasonable $3,800.

8. Only one player in MLB has managed a .240 ISO with a strikeout rate below 11 percent this year: Yuli Gurriel. Gurriel puts the ball in play all the time, but the added power is a new development. His .322 ISO in the second half is tied with Max Muncy for 16th-best in MLB. Friday’s slate is a weird one: you’ll almost certainly want to pay up at pitching, but doing so will prevent exposure to the Astros offense, which is far and away the highest projected, with a 6.36 implied run total (the Brewers are next-highest at 5.41). At FanDuel, Gurriel is simply underpriced at just $3,300, making him an ideal cash game play, especially since he’ll have the platoon advantage over Angels lefty Jose Suarez.

9. In 85 games before the All-Star break, Jose Ramirez had 18 multi-hit games; in the 38 games since the All-Stark break, Jose Ramirez has had … 17 multi-hit games. I feel like I write about Ramirez constantly, but he continues to be underpriced at FanDuel at $3,400 in a good-enough matchup with Royals right-hander Jakob Junis. Ramirez should see a steady diet of sliders, and for what it’s worth, he’s killed right-handed sliders this year, posting a .412 wOBA that ranks 12th of the 210 batters who have as many BBEs against the pitch as Ramirez (39).