It’s never too early for some football, right? We certainly don’t think so, and neither does DraftKings, as they have released some contests and pricing for the opening week of the NFL season.

A lot can happen between now and then and surely will. There will be injuries that make lower-priced players significant value options. There will be training camp battles where unlikely players emerge as fantasy options.

For now though, let’s take a quick position-by-position look at the Week 1 pricing and see what stands out.

Tom Brady, Cam Newton, and Drew Brees are the three highest priced QBs in play. Brady will face a Houston defense that struggled last season, but was also decimated by injury. He’s the only QB priced over $7K. There is a solid upper tier of $6K+ QBs with ten (in addition to Brady) priced above that threshold. Andrew Luck, assuming he is healthy enough to start the opening week is especially intriguing as the QB10 at home against the Bengals. 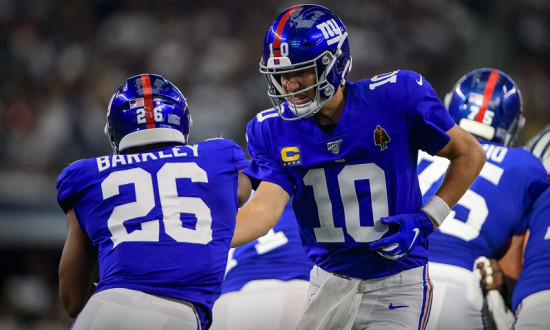 The bargain bin options are slim and most have difficult matchups. There is A.J. McCarron or Josh Allen of the Bills facing the Ravens on the road. Eli Manning would be interesting at 4,700 but he has to face off against the elite Jacksonville pass defense. There are a few QBs priced in the low $5K range that could be viable options – Case Keenum for the Broncos at home for $5,100 against a Seahawks team that isn’t the same intimidating defense of years past stands out as perhaps the best value.

The top of the heap at RB is not surprising with Le’Veon Bell, David Johnson, and Alvin Kamara the only three backs priced above $8.5K. With no Mark Ingram the first four weeks, Kamara should be a popular choice early on in the 2018 NFL season. Ezekiel Elliott and Leonard Fournette are the only other backs priced above $7K.

Normally I’d be all over Jerick McKinnon at $5.8K, especially in a narrative type game against his former team, the Minnesota Vikings, but that’s a tough task going on the road to face that defense in the season opener. He’ll still be an intriguing play at that pricetag though, especially given the offensive role he is expected to see. Alex Collins at $5,600 will likely be the chalk barring some changes in circumstances as he will face what looks to be a woeful Bills team.

There should be plenty of lower-priced options to pick from. Some that stand out at first glance are Derrius Guice at $5K, Dion Lewis and Ronald Jones at $4.9K, Rashaad Penny at $4.8K, Royce Freeman at $4.5K, and then both Rex Burkhead and C.J. Anderson at $4.2K.

Injuries will definitely impact the value here. All it takes is one starter to go down to make a $4K back someone who should be priced at $5K or higher.

Antonio Brown and DeAndre Hopkins are no surprise at the top of the WR pricing and are the only two priced above $8K for Week 1. Four more receivers are priced above $7K in Michael Thomas, Keenan Allen, A.J. Green, and Odell Beckham. Green has the best matchup of that group facing off against the Colts and should be a popular opening week play. 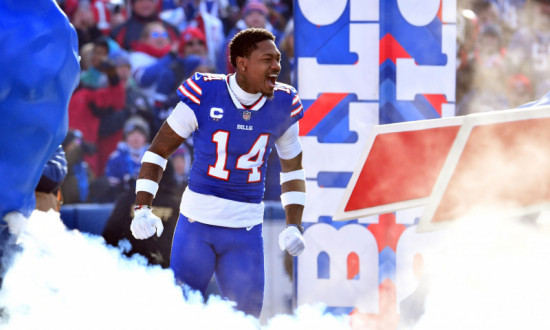 It’s always hard figuring out where the elite matchups are the first few weeks of the season as schemes and personnel change, and RotoGrinders will have plenty of Premium content dissecting all of this information as we get closer to the first kickoff. Some of the mid-range WRs that stand out on first glance include the two Vikings standouts Adam Thielen and Stefon Diggs (both under $7K), Chris Hogan at $6.1K, Corey Davis at $5.6K, Devin Funchess at $5.2K, and Emmanuel Sanders at $5K.

Cameron Meredith almost seems like a steal at $4.4K in his Saints debut against the Bucs. We have yet to see Jordan Matthews in a Patriots uniform, but that price of $4.2K is very appealing. Some sub $4K guys that will get some traction include Paul Richardson ($3.9K) and Albert Wilson ($3.7K). Injuries and preseason performance will definitely have an impact on these lower priced value plays.

Rob Gronkowski is the highest priced TE at $6.9K (I see what you did here DraftKings). Shocking right? Travis Kelce is only $500 cheaper and those two are the only two above $5.5K. Jordan Reed, if healthy, seems like a steal at $4K. In fact, there seems to be a ton of viable options under $5K at the position and I could easily see it being a two TE kind of week. Among the names that stood out in terms of being capable of smashing their price tag… Jack Doyle ($3.6K), David Njoku ($3.4K), Vance McDonald ($3.2K), and Ricky Seals-Jones ($3K).

The Ravens at $3.8K are the highest priced unit – not surprising given their matchup against the Bills. They’ll likely be a popular stacking option with Alex Collins and should garner significant ownership. The Jaguars are the second highest priced team at $3.7K against the Giants – who should be much improved offensively this season. At this point, I’d much rather pay the extra $100 for the Ravens or go down $100 for a Saints defense facing a Ryan Fitzpatrick led Tampa Bay team.

The Chargers at home facing a quasi-rookie QB making his second NFL start in Patrick Mahomes are just $2.8K. That seems a bit under-priced to me.

You Don’t Have to Wait For the Regular Season

RotoGrinders is going to have some of the best Premium preseason content out there, including in-depth team-by-team previews by expert Chris Gimino.

Each preview will include all of the following:

There will be even more exciting preseason analysis that we’ll be rolling out before the first exhibition games kick off. Stay tuned for more information on that front soon!